The Delta variant is on the rise in the US 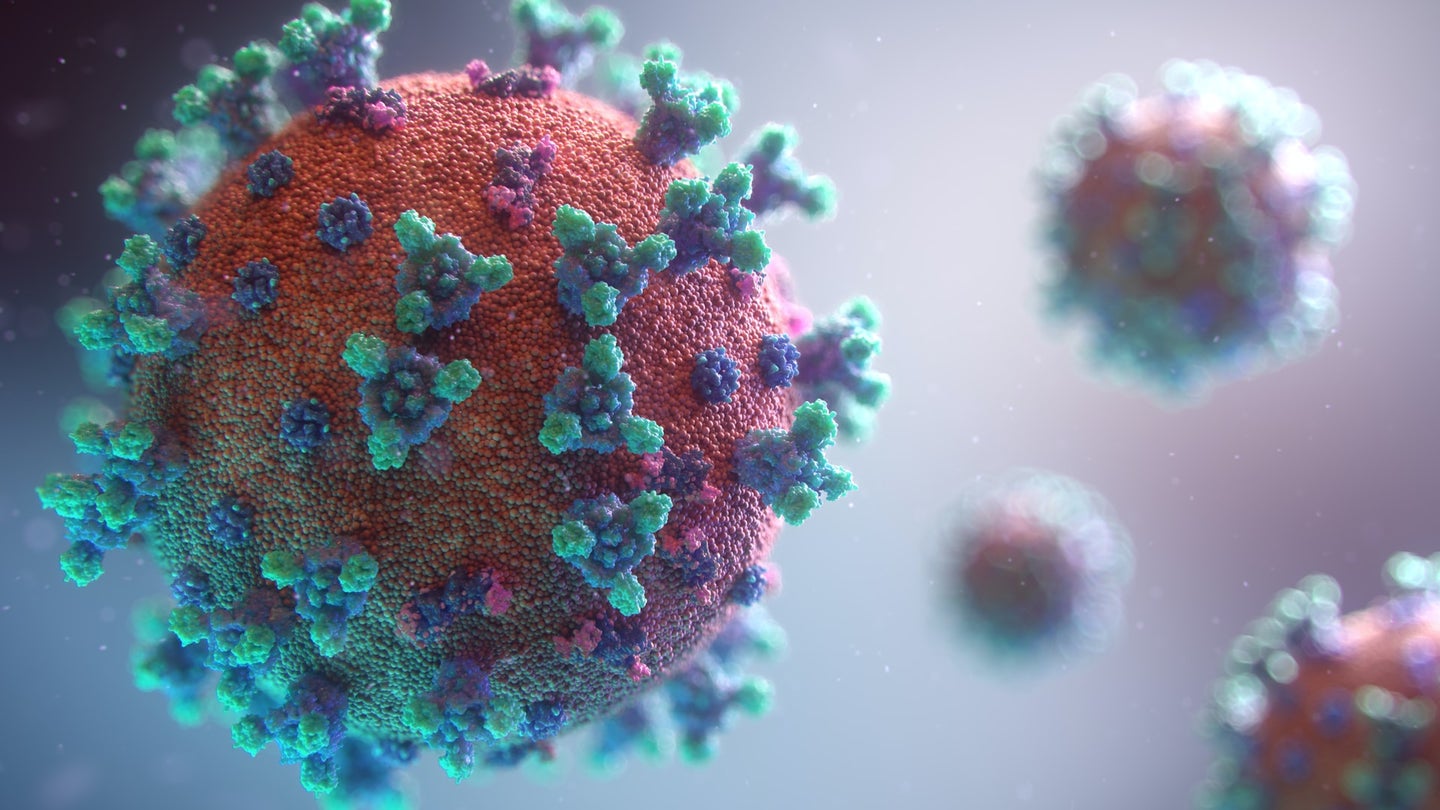 The Delta and Gamma variants are both on the rise in the US. Fusion Medical Animation/Unsplash
SHARE

New daily cases in the United States resumed their decline this week, but the Delta variant is on track to become the most common strain in the coming months. International travel continues to be complicated, but domestic fans will be able to attend the Tokyo 2020 Olympic games—with some caveats. Here’s what’s new this week.

After a two-week stall in the springtime national decline in newly reported COVID-19 cases, the 7-day average has fallen to 11,138 cases per day, the lowest recorded level since March 2020. This new low, however, has arrived in the midst of less frequent data reporting nationwide as the attention of state agencies turns to other public health measures, like vaccine administration. In addition, experts speculate that case counts in March 2020 were likely higher than officially recorded numbers, since coronavirus tests were not widely available until months into the pandemic.

As new reported cases have resumed their decline, so have daily reported deaths. The New York Times reported around 300 new deaths per day in the past week, the lowest since March 2020. Although this daily figure is small, the known death toll surpassed the 600,000 mark last Wednesday. Similar to the case counts throughout the pandemic, this official figure is also likely an undercount.

While these declines in both categories are widely attributed to vaccines, the number of doses administered nationwide each day has decreased about 60 percent since the peak of 3.38 million doses in one day reported on April 13. Over the past week, the daily average has hovered around 1.3 million doses per day.

The Delta variant has quickly become the dominant variant in several countries since its first appearance in India, and the US is unlikely to be an exception. Dr. Rochelle Walensky, the director of the CDC, warned that she expects the Delta variant to become the dominant coronavirus strain in the US in the coming months, overtaking the Alpha variant via greater transmissibility. “We know that the Delta variant is even more transmissible than the UK variant, and I anticipate that will be the predominant variant in the months ahead,” she told CNN.

Walensky’s warning is backed by an analysis from the Financial Times, which uses modeling to estimate that in the span of 11 days, the frequency of the Delta variant tripled, to 31 percent of all US cases as of last Wednesday. Previous data reported by the CDC placed the Delta variant’s share of the total at 10 percent on June 5, and 2.7 percent on May 22.

While the rapid transmission of the Delta variant is a primary concern, health officials are wary of other variants, too. The Gamma variant, also known as P.1 and first seen in Brazil, has been classified by the CDC as a variant of concern, due to its resistance to antibody treatments.

Several states have seen the Gamma variant’s frequency quickly increase in recent weeks, including Rhode Island, California, and Illinois. Experts like Ramon Lorenzo Redondo, an infectious disease specialist at Northwestern University’s Feinberg School of Medicine, are concerned that without adequate and rapid vaccine coverage, new variants will continue to emerge.

In a tweet on Sunday evening, the Department of Homeland Security announced that US land borders with Canada and Mexico will remain closed to nonessential travel until at least July 21, marking another monthly extension since the borders’ initial closures in March 2020. The tweet cited reducing the spread of COVID-19 as a primary aim of the continued closure. Air travel to and from Mexico, however, continues to be permitted.

The extension follows a similar announcement by Canada’s minister of Safety and Emergency Preparedness, Bill Blair, who tweeted last Friday that Canada would continue to restrict nonessential travel to the US until July 21. Prime Minister Justin Trudeau said last week that the border would remain closed until 75 percent of Canadians receive one dose of a coronavirus vaccine and 20 percent are fully vaccinated. The three countries plan to hold meetings to evaluate travel restrictions every two weeks, US officials told Reuters.

Also on Friday, the European Union recommended that its member states reopen nonessential travel for visitors from the US after a year of tight restrictions. Since the recommendation is non-binding, EU member states can decide what regulations they want to add, keep, or remove.

The decision, made by Europe’s economy ministers, simply places the US on a list of countries considered safe from an epidemiological perspective, and is expected to provide some relief to European countries that depend heavily on tourism. Europeans, however, are still banned from entering the US for nonessential travel.

Amid Delta variant concerns, England extends vaccine eligibility to all residents 18 and up

British Prime Minister Boris Johnson announced Friday that COVID-19 vaccinations are now available to every person in England aged 18 and older. The eligibility expansion follows a surge in Delta variant cases that prompted the prime minister to extend country-wide restrictions, which were previously scheduled to be lifted today. While nearly half of Britain’s population is fully vaccinated, the highly transmissible Delta variant has driven the average number of new daily cases rapidly upward.

With the extension of vaccine eligibility, July 19 is Johnson’s aspirational endpoint for British coronavirus restrictions. Despite this goal, however, Johnson warned that the year will remain a difficult one for travel in a video shared by The Guardian. “There will be hassle, there will be delays, I’m afraid. Because the priority has got to be to keep the country safe and stop the virus coming back in,” he said.

In spite of concerns that the games could become a super-spreader event, officials from the Olympic Committee and the Japanese government announced that local spectators will be allowed to attend the Tokyo Olympic Games with capacity limits. Venues will be limited to half-capacity, for domestic fans only; international spectators were officially barred from travelling to and attending the games in March. Fans will be expected to wear masks at all times at venues, and will be prohibited from shouting and speaking loudly in order to prevent the transmission of the coronavirus.

While the announcement indicated that organizers are planning to hold the games in front of crowds, Japanese officials warn that all spectators could be barred from attending if the pandemic gets worse. Shigeru Omi, Japan’s top coronavirus adviser, maintains his stance that holding the games without any spectators remains “desirable.”

Although the country’s COVID-19 state of emergency was lifted in Tokyo and eight other prefectures on Sunday, the host city and six other prefectures will remain under heavy restrictions until July 11—just 12 days prior to the scheduled start of the Tokyo 2020 games.