Dementia affects 1 in 10 Americans over 65

The national study also finds that 22 percent have another mild cognitive impariment. 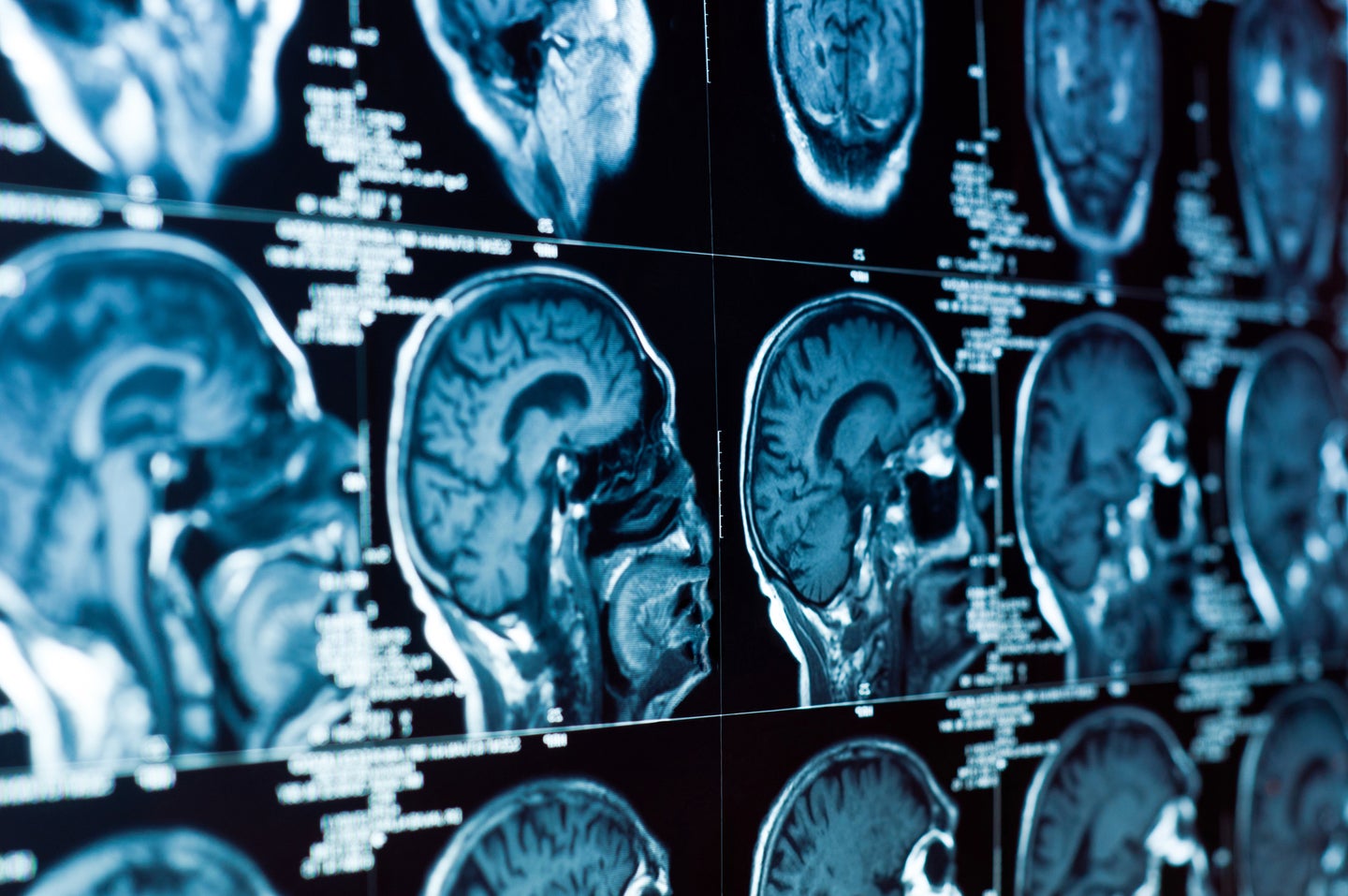 Closeup of a CT scan of the brain and skull. Deposit Photos
SHARE

A study published yesterday in the journal JAMA Neurology finds that one in 10 American adults over the age of 65 has dementia, while 22 percent have a mild cognitive impairment. According to the study authors, this is the first nationally representative study of cognitive impairment prevalence in over two decades.

“Such data are critical for understanding the causes, costs, and consequences of dementia and mild cognitive impairment in the United States, and for informing policies aimed at reducing their impact on patients, families, and public programs,” Jennifer J. Manly, the study’s lead author and professor of neuropsychology in neurology at Columbia University, said in a statement.

[Related: Everyone should have a social life, especially older adults.]

Dementia is the loss of cognitive functioning (things like thinking, reasoning, and remembering) to such an extent that it interferes with a person’s daily life and activities. Dementia symptoms vary, and can include memory loss, poor judgment and confusion, difficulty speaking, understanding and expressing thoughts, and repeating questions.

Mild cognitive impairment is slightly less severe than dementia. According to the National Institute on Aging, the symptoms of mild cognitive impairment can include losing items, forgetting to do things or go to appointments, or struggling to come up with words. Also, a loss of smell and taste, as well as movement issues, can sometimes qualify as symptoms.

The team used the data from 3,500 people from around the United States enrolled in the Health and Retirement Study (HRS), a long-term survey conducted by the University of Michigan and sponsored by the the Social Security Administration and National Institute on Aging. Between June 2016 and October 2017, randomly selected participants completed a set of neuropsychological tests and in-depth interviews. The tests results and interviews were then used to create an algorithm for diagnosing dementia or mild cognitive impairment.

[Related: One big reason why Alzheimer’s might be going undetected in the US.]

“Dementia research in general has largely focused on college-educated people who are racialized as white,” said Manly. “This study is representative of the population of older adults and includes groups that have been historically excluded from dementia research but are at higher risk of developing cognitive impairment because of structural racism and income inequality. If we’re interested in increasing brain health equity in later life, we need to know where we stand now and where to direct our resources.”

As far as gender, men and women have similar rates of both mild cognitive impairment and dementia. The study also finds that the dementia rate is 35 percent among those in their 90s.

“With increasing longevity and the aging of the Baby Boom generation, cognitive impairment is projected to increase significantly over the next few decades, affecting individuals, families, and programs that provide care and services for people with dementia,” Manly said.

The World Health Organization (WHO) recommends keeping a healthy lifestyle with regular exercise, a balanced diet, and controlling alcohol use can help maintain cognition as one ages.