How Much Lead In The Water Is Too Much? 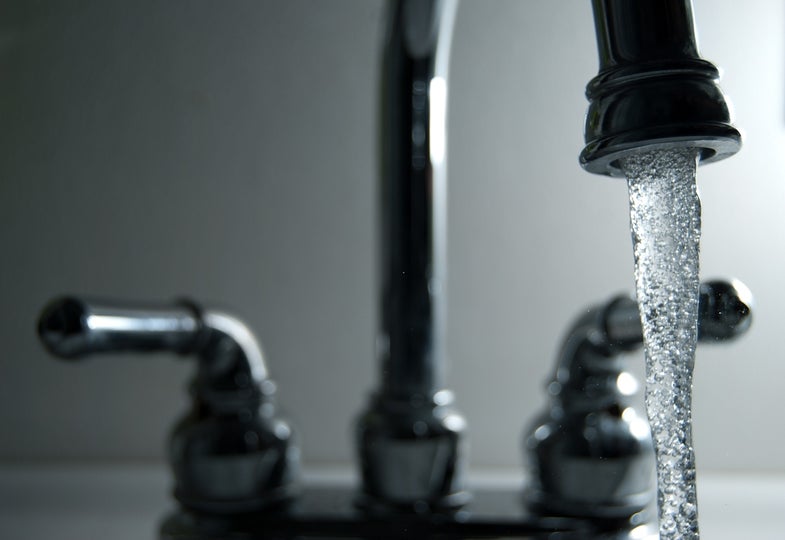 While the water crisis in Flint, Michigan has fueled concerns over the safety of drinking water in cities across America, the question that is likely on everyone’s minds–what level of lead makes it unsafe for our health– still has no definitive answers, USA Today reports in a massive investigation of water supplies across the country. USA Today quotes an EPA source as saying, “there is no safe level of lead exposure,” however the agency does allow a limit of 15 parts per billion in drinking water. Still, at what point should people stop drinking their water is still very unclear.

Why is this such a difficult question to answer?

Typically, water leaves a treatment plant uncontaminated. But as it makes its way into people’s homes, it must pass through different pipes and home plumbing systems, only some of which contain lead. If 10 percent of one system’s tap water samples have lead concentrations above 15 parts per billion (ppb), then customers are notified, though they aren’t specifically told not to drink the water.

The USA Today investigation found archived web pages from the EPA that claimed anything above 40 ppb was imminently dangerous to the health of children and pregnant women, who are particularly sensitive to lead’s effects on the body. This 40 ppb idea was later taken down, though the EPA has said that proposed revisions for drinking water recommendations will be announced in 2017.

Meanwhile, the crisis in Flint has triggered a wave of investigations in other cities. As The New York Times reported yesterday, school officials in Newark, New Jersey say they will begin testing some students for lead poisoning this week, as school officials acknowledged that elevated levels of lead had previously been found in the school system’s drinking water in the past few years.