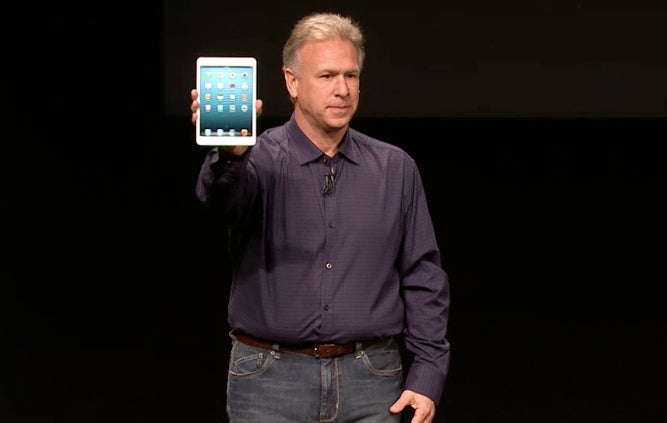 Alright folks, event over. Here’s what we learned:

Just as expected, pretty much! Super thin–just 7.2mm (about the thickness of a pencil)–and light, at 0.68 pounds, which Phil Schiller of Apple compares to a pad of paper. Aluminum, black and white colors, just like the iPhone 5. 7.9-inch screen, pretty close to the 7.85-inch we had assumed. Or maybe Apple’s just rounding up! Apple’s talking about total screen area, and how the wider screen will make the iPad Mini easier to use for stuff like web browsing than a 7-inch Android tablet. It’s a valid point; I noted in my Nexus 7 review that web browsing is very cramped on such a narrow screen. It’ll also have two webcams, LTE 4G support, that new tiny Lightning plug, and a 10-hour battery life.

And the price: Starting at $329 for the 16GB, Wi-Fi-only iPad Mini. They increase in price from there in the normal way: add $100 for 32GB of storage, another $100 for 64GB, and a flat $130 for 4G LTE. It’ll start shipping on Friday, which probably not coincidentally is also the launch date for Microsoft’s Windows 8.

They’ve also updated the full-sized iPad, only six months after it debuted. It’s updated with a faster processor, called the A6X, and has that new thin Lightning connector. That seems to be about the only difference.

Live event aside: Apple has now played a weird fake cover version of “Age of Consent” by New Order twice. Unclear why they didn’t get the real (great) song. Okay back to the news.

Apple also announced a refresh of most of the Mac line. Most exciting: a new, much thinner iMac. It is absurdly thin! Only 5mm at the edges (its thinnest point). Looks more like a giant iPad on a stand than anything else. It takes a lot of cues from the MacBook Air, too: comes by default with no optical drive and with a solid-state drive rather than a hard drive, though you can still get a hard drive or a new “fusion drive,” which has both SSD and HDD. 21.5-inch and 27-inch sizes, $1300 and $1800 starting prices respectively. 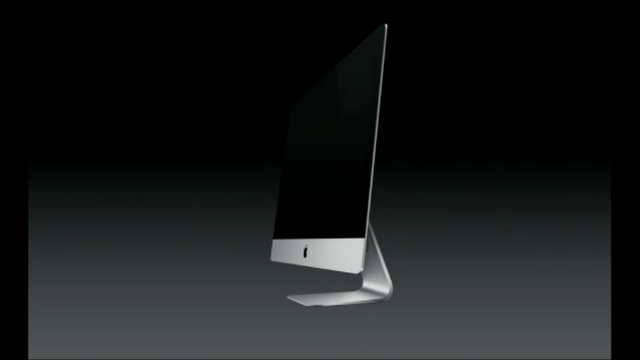 Apple also announced a new, smaller MacBook Pro with Retina Display. It almost feels late; the 15-inch MacBook Pro got updated to the retina display a few months ago, but the 13-inch was left out. Not anymore! It’ll start at $1700, though as it has integrated graphics, it may not be of interest to people who really mess around with video.