Autodesk, one of the premier 3-D printing companies out there right now–they make AutoCAD, the pioneering software–has a new app... 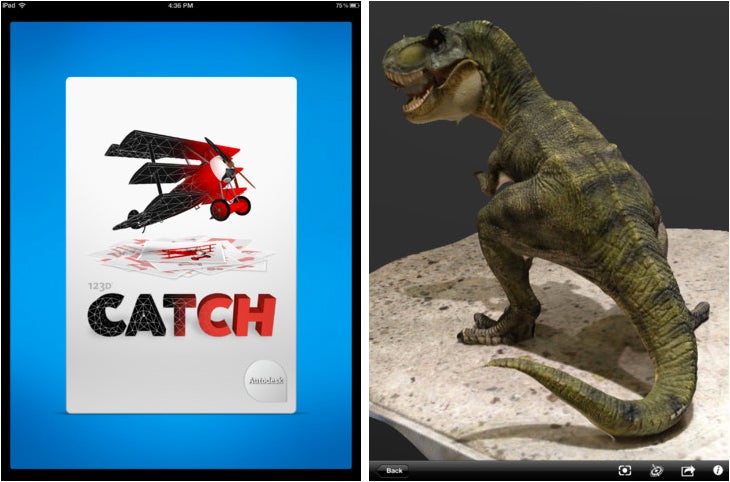 Autodesk, one of the premier 3-D printing companies out there right now–they make AutoCAD, the pioneering software–has a new app out for iPad that aims to make 3-D printing easier. Just snap a bunch of pictures of the object you want to reproduce from different angles, and the app, cleverly named 123D Catch, creates a 3-D rendering automatically.

We’re pretty excited about this concept–3-D printing is one of those nascent technologies that’s getting better and cheaper all the time, and everybody assumes that some form of the tech will be a major part of our lives in the future, but nobody’s quite figured out that killer app that’ll make everyone want to go out and buy one. This isn’t that, but it is a big step towards making 3-D printing easier and more approachable, even if it requires that you take pictures with your iPad, a silly-looking task we have specifically cautioned against in the past. But it looks super easy, and takes away the struggle of having to figure out rendering software, which can be pretty tricky. Check out the video below:

123D Catch is available now at the App Store. It’s free, too.