iPad Flight Manuals Coming to a Paperless Cockpit Near You

Despite using advanced technology that lets planes practically fly themselves, airline pilots are still bogged down by a lingering 20th-century... 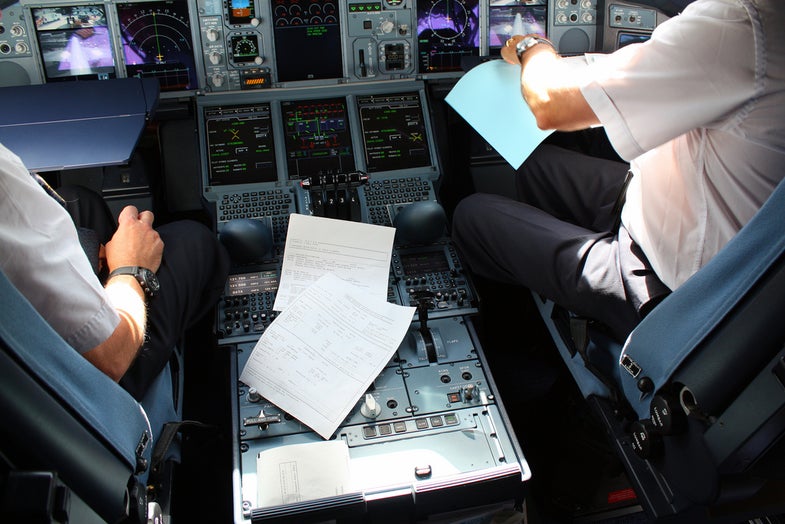 Despite using advanced technology that lets planes practically fly themselves, airline pilots are still bogged down by a lingering 20th-century artifact: Paper. Now at least one commercial airline is adopting cockpit iPads, after the FAA approved their use earlier this year.

By the middle of this month, all Alaska Airlines pilots will receive iPads with the GoodReader PDF app, containing PDF files of all their flight manuals and reference material. If all goes well, the iPads could eventually replace pilots’ Jeppesen navigational charts, too. The company must prove to the FAA that the pilots are proficient with the tablet-based manuals; until then, they’ll be carrying their flight bags along with their new gadgets, according to the pilots’ union.

Tablets and laptops have been used in the cockpit for some time, and Alaska has reportedly tried out Kindles, Sony e-readers and netbooks in the search for a lightweight information-management system, according to Wired. But nothing stood out until the iPad came along, Alaska says.

Executive Jet Management, a charter company, became the first to use the tablets in cockpits earlier this year and used them to replace navigational charts.

For now, pilots don’t get any special iPad privileges, as PC World notes. They’re Class 1 electronic devices, which means the FAA requires them to be stowed during takeoff and landing — even in the cockpit. But if the iPad is the only way to access flight manuals, this would have to change. Alaska wants to integrate the tablets into the cockpit and classify them as a Class 2 device, used for critical flight procedures, as Wired reports. The FAA will have to test how the devices interfere with other electronics in the cockpit, and that process is ongoing, Wired says.

Beyond that, airlines will have to work out procedures to be sure the gadgets don’t become a distraction. Remember those Northwest pilots who overshot their runway by 150 miles because they were distracted by their laptops? Let’s hope no one misses a flight connection because of a particularly engrossing game of Angry Birds.