The iPad Mini Is For Snobs, The Kindle Fire Is For Dumb-Dumbs

Using advanced (read: 4th-grade-level) mathematics, we have concluded that the iPad Mini will be used by smart people/awful snobs. 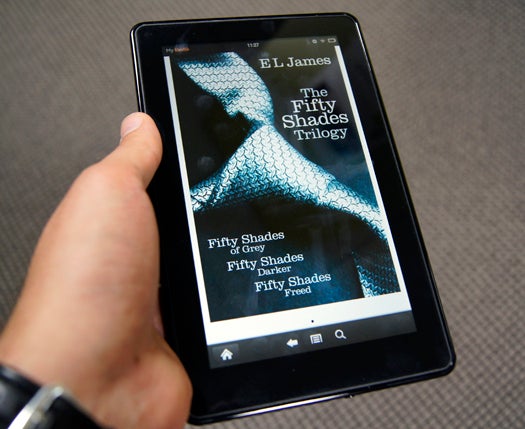 So today is the day of the iPad Mini announcement, probably. I tried to do a story about what small tablets are better at than big tablets, aside from costing fewer dollars, but the only thing I could come up with was book-reading. And then I wondered: which would be better at book-reading, a 7-inch tablet like the Kindle Fire, or a 7.85-inch tablet like the presumed iPad Mini?

Paperback books come in a few different sizes. In the UK, that’s locked up down to the millimeter, which is very useful for the dumb purposes of this article, but I am not British and neither is the iPad so let’s set those nice numbers aside and look at good wholesome American books. American paperbacks come in two rough sizes: mass-market paperbacks and trade paperbacks. There’s no real standard of size for either of those, but, roughly, mass-market paperbacks are the little guys, about 4 x 7 inches. If you’re at the airport and you buy a Robert Ludlum book, or whoever is writing Robert Ludlum stories who is not Robert Ludlum these days, you’re getting a mass-market paperback. Those books are the cheapest of all book formats–they’re big sellers but often not very prestigious, and made with the cheapest materials (thin paper, crappy glue, not a lot of money spent on cover art, that kind of thing).

Then there’s the trade paperback. If you’re buying a book that’s been nominated for a Pulitzer, you’ve got a trade paperback. They’re bigger, more luxurious, and more expensive than the mass-market. There’s no standard size, but I measured a dozen or so of the trade paperbacks I own and the average size was around 5.5 x 8.5 inches. So how does that compare to these gadgets which will be used in large part for reading books?

Remembering that the proposed iPad Mini would have a 7.85-inch (diagonal) screen, and assuming it has the same ratio of width to height as the original iPad–which has a 9.7-inch diagonal, 5.82 x 7.76-inch screen–we figured out with some basic geometry that the iPad Mini will have a 4.71 x 6.28-inch screen.

A 7-inch-diagonal, 16:9 screen like the Kindle Fire, which has a 3.43 x 6.1 inch screen, is barely shorter than the iPad Mini–less than two tenths of an inch–but is significantly narrower. In total area the iPad Mini and the Kindle Fire would be both much more comparable to a mass-market paperback, but if we look at the book industry, it’s really the ratio that’s important, rather than the size. If you inflated a mass-market paperback to be the same height as a trade paperback, the trade would still be much wider. 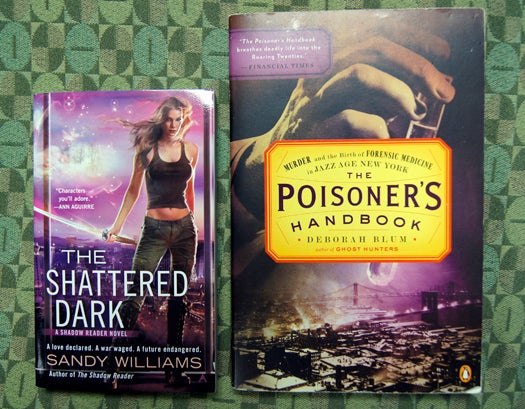 I have discovered the secret to classy rectangles, you guys. Wide rectangles are classier than narrow rectangles.

Math: In this case, the smaller the number is, the wider the rectangle is, and thus, the classier the device/book and its users/readers are. A mass-market paperback has a ratio of 1.75. A trade? 1.55. Trade = classier.