Microsoft's Windows Phone 7 is the most exciting thing to happen to smartphones in years. Here's what happened at today's launch, and why you should care 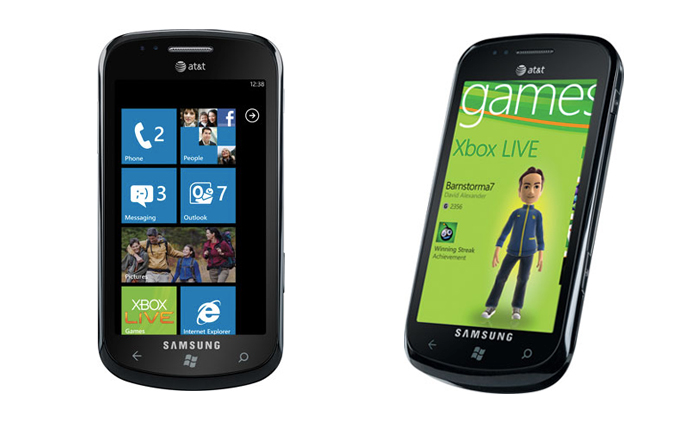 Microsoft’s Windows Phone unveiling this morning was all about variety. Nine different phones, just in the U.S., built by four of the top hardware makers in the game. All kinds of different hardware shapes, including some we’ve never seen before. And they’ll be available on 60 different carriers worldwide–none of which is the U.S.’s biggest and best, Verizon. But even so, Windows Phone 7 is tremendously exciting, a worthy competitor to Android and iPhone that bests them both in some ways. Here’s what’s coming.

Windows Phone 7 is Microsoft’s last stand in smartphones. After squandering an early lead, Microsoft allowed Windows Mobile to sit fallow and rot, marred by a dearth of innovation and a seeming inability to change even the most frustrating idiosyncrasies for fear of alienating its core user base. Windows Phone 7 is what it looks like when Microsoft leaps out of a plane: It’s not the next version of Windows Mobile, it’s a totally new platform, built from the ground up with virtually no similarities to any smartphone Microsoft’s made before. Even more interestingly, it’s drastically different from the new cabal of smartphone OSes, Android and Apple’s iOS.

Apple’s super-simple minimalist aesthetic has set the tone for what a modern smartphone should look like. Even Android, with its cloud-based open-source roots, looks more like iOS than not. But Windows Phone 7 does away with the homescreen-as-app-list idea: It gives you the information you want, not links to the apps that will give you the information you want. It’s the difference between seeing an icon telling you the weather and an icon for the Weather Channel app. (You can check out what the apps will look like in this video.) Microsoft’s new ads make that point: Windows Phone 7 allows you to spend less time fiddling with your phone, since everything you want to know is right there on the front page.

Windows Phone 7 is also a breath of fresh air for those fed up with Android’s lack of polish and aesthetic continuity. Android is great, but it’s still assuredly rough around the edges, a problem Google is addressing in spurts. Right out of the box, Windows Phone 7 apps look of a group–the horizontal page turning, the bold primary colors, the flashy animations and the consistent fonts all show that this is a cohesive platform. Plus, on a less design-fodder level, Windows Phone 7 apps just look cool.

Microsoft also has a few major advantages over Apple and Google, largely in entertainment. Arguably the most successful console video game maker at the moment with the Xbox 360, Microsoft is bringing some pretty incredible gaming to Windows Phone 7, both in the quality of games and in the integration with Xbox Live, Microsoft’s online gaming service. And the company is also stuffing the unfairly maligned Zune multimedia service into Windows Phone 7. If you haven’t seen Zune lately, you’ll be very pleasantly surprised at how polished and stylish it’s become. 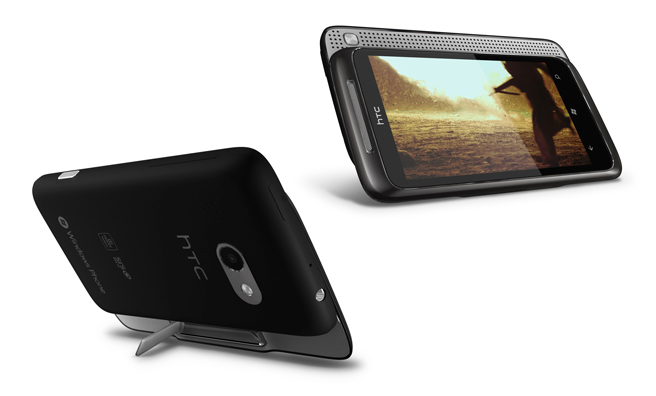 What Microsoft announced today is a huge and impressive lineup of launch (or near-launch) devices from HTC, Samsung, Dell, and LG. There’s a Windows Phone for everyone (err, almost–more on the Verizon question later), including a couple form factors that are either brand-new or exceedingly rare. The media-focused HTC 7 Surround (AT&T, pictured above), for example, packs sliding stereo speakers with Dolby surround sound and a kickstand. Dell’s Venue Pro (pictured below) for T-Mobile is a vertical slider like the Palm Pre or BlackBerry Torch, but with a huge 4.1-inch curved screen made of near-indestructible Gorilla Glass. 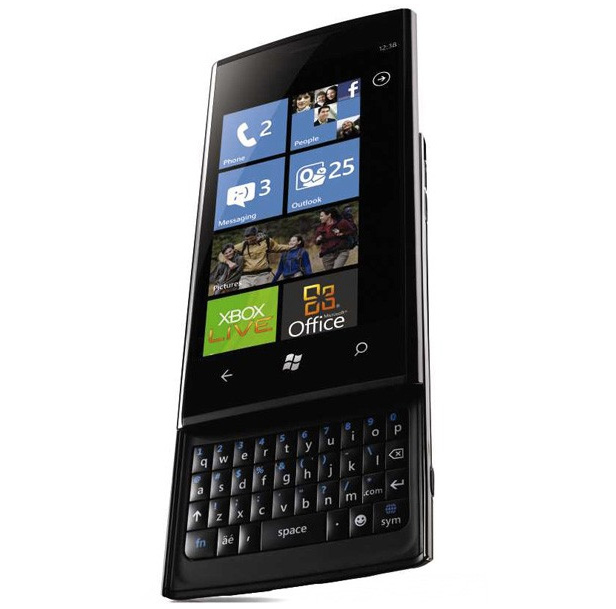 The best mainstream phone is looking like Samsung’s Focus (pictured top), which will see release on AT&T. The thinnest of all the Windows Phones, the Focus packs Samsung’s terrific 4-inch AMOLED screen–in my opinion, the best combination of size and screen there is. HTC’s HD7 (T-Mobile), a monstrous 4.3-incher that’s very similar to the HTC Evo 4G or HD2, is barely pocketable–it almost seems like a tablet, rather than a smartphone. All of the above will launch for the now-standard price of $200, and either at launch (November 8th) or within a couple weeks of it.

The elephant in the room happens to be red, and its name is Verizon. Though Microsoft will launch Windows Phone 7 on 60 carriers worldwide this year, the U.S.’s biggest and best network is not among them. We don’t know why, although there are plenty of possibilities–that Google (whose Android phones currently dominate Verizon’s lineup) paid handsomely to stop Microsoft landing on the network, or that Verizon wants more money or more control, say. But why is less important than the fact itself–this isn’t just a bummer for Verizon customers, it could severely handicap Microsoft at launch.

There are tons of reasons to be excited about Windows Phone 7. I’ve played with it a few times, and have consistently come away very impressed with the platform’s responsiveness, style, and entertainment capabilities. It’s not perfect (not that it’s fair to expect it to be, at launch), lacking true multitasking or (for the time being) basics like cut-and-paste. But using a Windows Phone 7 phone feels so different from using an iPhone or an Android phone–it’s something very new and very cool. This lineup looks great–let’s just hope the phones can deliver on all that promise.