Windows Phone, especially with its newest update, is a damn fine mobile operating system, but also one lacking a truly... 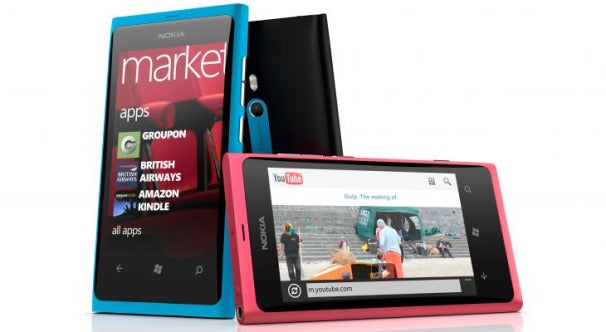 Windows Phone, especially with its newest update, is a damn fine mobile operating system, but also one lacking a truly killer phone. We were holding out hope that Nokia’s first Windows Phone smartphone would be the one to get, and it just might be–the Lumia 800 is the first Windows Phone that’s as eye-catching as the OS inside. Nokia also announced the 800’s little brother, the 710, which is no slouch either.

Nokia’s long been known for great (if bulky) hardware and just the worst software (see our review of the Nokia N8 if you want to witness our frustration with it), and Microsoft’s awesome Windows Phone software has been lacking a really great, non-plasticky, non-weird handset. It’s the perfect pairing! And at last night’s Nokia World, the Finnish company finally showed off the long-rumored handsets: the flagship Lumia 800 and cheaper Lumia 710.

The Lumia 800 (we know Nokia loves numbers, but still, that name) is based on the N9, a big, flat, gorgeous slab of aluminum. It’ll have a 3.7-inch screen, which is slightly smaller than average for Windows Phones but certainly still usable, 16GB of non-expandable storage, and a fancy-pants camera that could actually give the iPhone 4S some competition. It’s an 8MP job with Carl Zeiss optics, rated at f2.2. No clues on which U.S. carrier will get it, nor on a release date–it’s only been announced so far for Europe, which will get it on November 16th for €420. (A note: European phones are often sold unsubsidized at full price. Here in the States, we receive huge discounts on phones in exchange for signing a two-year contracts with our wireless carriers. That’s why your 16GB iPhone 4S only costs $200–without the discount, you’d be spending $650.) If we were to bet, we’d say it’s more likely that it comes out on AT&T than Verizon here in the States–Nokia typically makes GSM phones, which is the same standard used in Europe, as opposed to Verizon’s U.S.-only CDMA network. 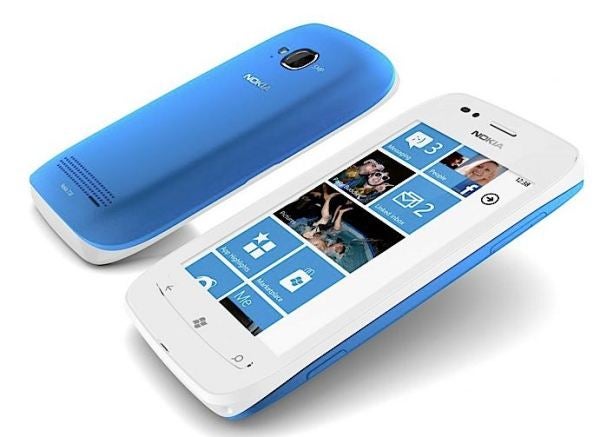 The Lumia 710 actually looks great as well, design-wise, though it’s clearly the lower-end of the two. It’s got half the storage at 8GB (non-expandable, ouch), a 5MP camera, and the screen uses the older and slightly less crisp TFT technology. It’s significantly cheaper than the 800, selling for €270 unsubsidized.

The specs aren’t barn-burners, like flagship Android phones often are (the biggest screen! The fastest processor! The craziest dock!). But the Lumia 800 especially looks great, and Windows Phone is designed to not need crazy amounts of power to run smoothly. Hopefully it lives up to our lofty expectations.