In an excerpt from our Tech Buyer's Guide, get our picks for the best small audio players this year 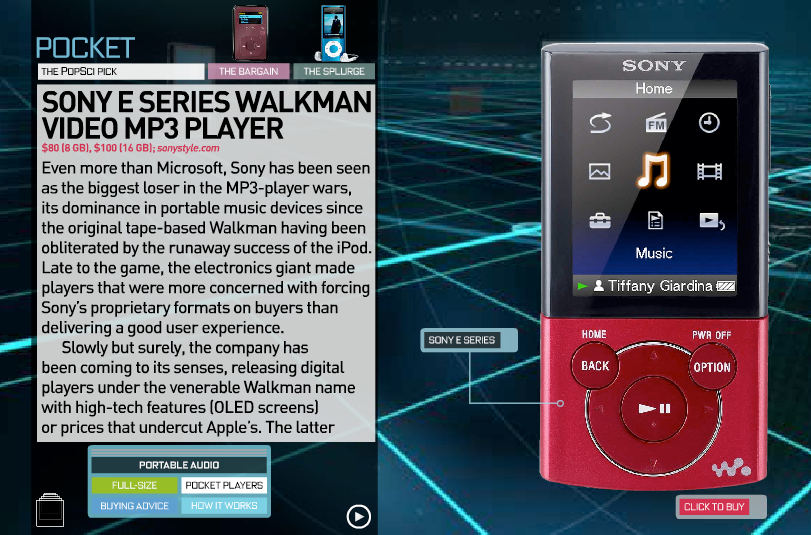 Black Friday/Cyber Monday may be over, but your holiday shopping is likely not, so we’ll keep excerpting our new Tech Buyer’s Guide to arm you with PopSci’s favorite gear and buying advice. Here are our picks for pocket audio players. Check out the guide or the iPhone-app version to see our favorite full-size players and info on 15 more product categories. 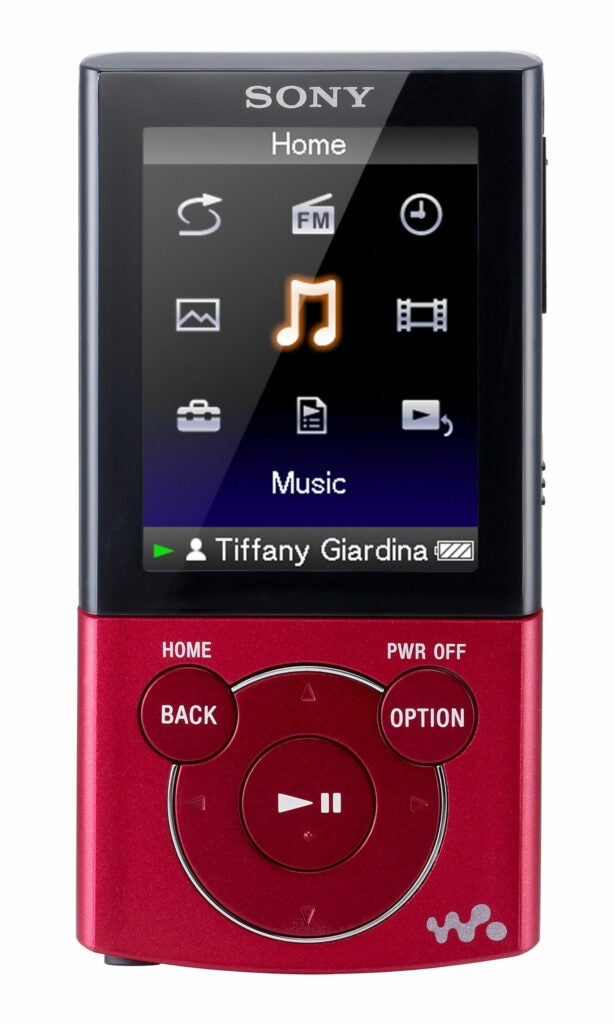 $80 (8 GB), $100 (16 GB); Amazon.com
Even more than Microsoft, Sony has been seen as the biggest loser in the MP3-player wars, its dominance in portable music devices since the original tape-based Walkman having been obliterated by the runaway success of the iPod. Late to the game, the electronics giant made players that were more concerned with forcing Sony’s proprietary formats on buyers than delivering a good user experience.

Slowly but surely, the company has been coming to its senses, releasing digital players under the venerable Walkman name with high-tech features (OLED screens) or prices that undercut Apple’s. The latter is the advantage of the E Series Walkman Video MP3 Player, which comes in about $70 cheaper than the latest iPod Nano. But you get similar features—a two-inch color screen, video playback and an FM tuner—and in lieu of the iTunes store, you can play videos downloaded from Amazon’s Video On Demand online service, which has a similar collection of TV episodes (new and vintage) and movies to rent or purchase. It’s missing the Nano’s 0.3-megapixel video camera, but if you can live without that questionably useful feature, you can’t beat the sub-$100 price. $150 (8 GB), $180 (16 GB); Amazon.com
You’ll pay a premium for an iPod Nano, but at least the latest generation of Nano packs a couple major new features, along with a growth spurt for its display (from 2 to 2.2 inches), a boon for those willing to squint at video. It’s the first iPod to offer an FM tuner, long a standard feature of most competitors, and it comes with a built-in video camera. Although its 640×480-pixel video quality can’t compete with footage from a dedicated camcorder, the Nano’s video-recording capabilities will make you think twice before buying a pocket-sized video camera like the Flip.

$40 (2 GB), $50 (4 GB), $70 (8 GB); Amazon.com
If you’re looking to spend as little as possible on an MP3 player without sacrificing a screen, as Apple’s Shuffle requires, the SanDisk Sansa+ is the low-cost choice. Like the Shuffle, it’s ultra-compact (0.9 ounce) and includes a belt clip, but it still manages to squeeze in a one-inch display, along with a slot for microSD memory cards to increase storage. It also packs an FM tuner, as well as the ability to record voice memos. It doesn’t play videos and view images (not that you’d want to on a screen that small), but the Sansa+ will play your music files for dirt-cheap. 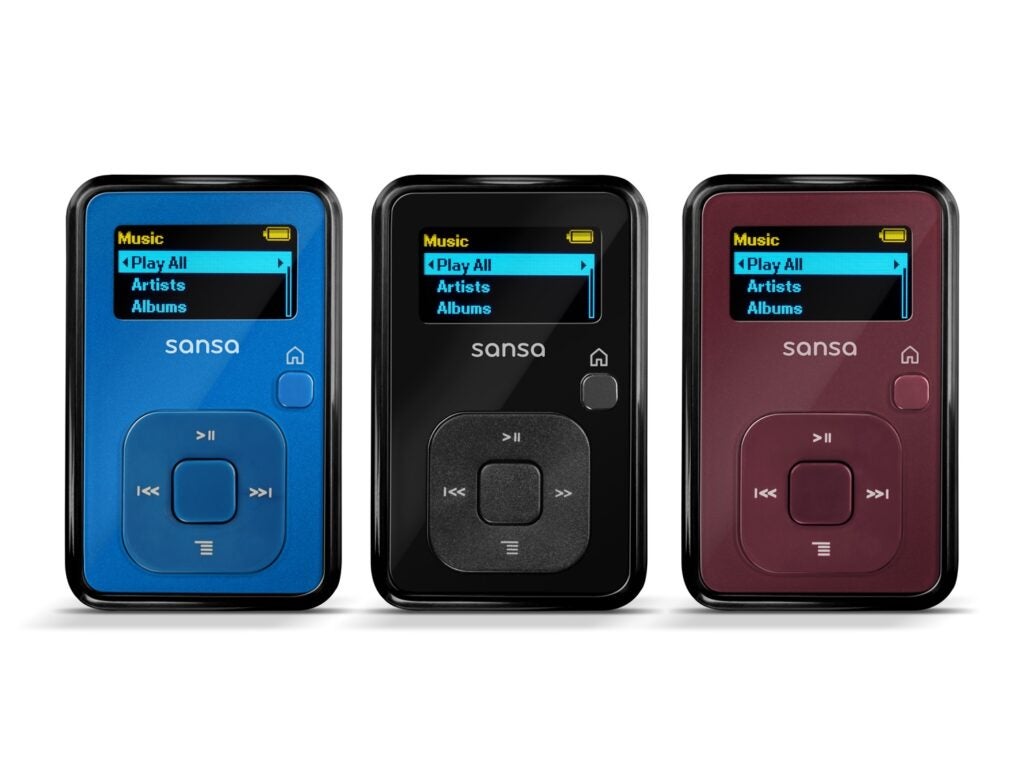 • Storage: It wasn’t that long ago that MP3-player manufacturers were trying to put the 1.8-inch hard drive with the biggest capacity in their devices. (Remember when there was a 320-gigabyte iPod?) But those hard drives resulted in bulkier players that drew more power and were susceptible to skipping and damage from drops. At the same time, flash memory was increasing in storage size as well as becoming more affordable.

The result? Now most MP3 players are flash-memory devices, ranging from two gigabytes at the low end to 64 gigabytes for the priciest version of the iPod Touch. Obviously, you can take fewer songs along with you, but you’ll be taking a smaller device. If you still need to have thousands and thousands of songs on your person, Apple offers a “classic” iPod with a 160-gigabyte hard drive.

• Size: MP3 players come in three basic sizes: small, smaller and smallest. Those sizes happen to coincide with Apple’s iPod lineup (in descending order) of Touch, Nano and Shuffle. A player with a screen size of 3 inches or slightly larger, like an iPod Touch or Microsoft’s Zune HD, will still fit in your pocket while providing the biggest display on which to view video and digital images. If you’re looking for a slimmer fit, a Nano-size player will have a screen size of 2 to 2.2 inches—still big enough to watch clips, though with more squinting required—while shedding some ounces and inches. The tiniest players are generally the cheapest, with a minuscule display (except in the case of the Shuffle, which has no screen at all) to show basic track information. But they’re svelte enough to clip onto your belt.

• Audio file formats differ among players once you get beyond the ubiquitous MP3 format. As you can imagine, only iPods can play AAC files purchased from the iTunes Store that are protected by digital-rights management (DRM). Unprotected AACs—the default format for ripping tracks from your CDs to iTunes—are supported by many players, even Microsoft’s Zune HD.

On the other hand, Apple’s iPods do not support Windows Media Audio (WMA) tracks, either with DRM or without, but many other players do. If you use lossless audio formats, which compress files less to preserve more audio data, look for a player that is compatible with AAC Lossless (available through the iTunes Music Store), FLAC or WMA Lossless formats.

• Video file formats are a similar bag. Most players can handle MPEG-4, the most popular standard for compressing video. Based on MPEG-4, the H.264 codec is used for iTunes videos, which are layered with DRM, making them playable only by iPods. Microsoft pushes its Windows Media Video (WMV) format through the Zune Marketplace, although it isn’t supported by iPods. If you have a lot of DivX files—an alternative format based on MPEG-4—on your computer, there are a few players that will play them. Note that even if your video files are high-definition, the screens on MP3 players are too small to display all the pixels that the files contain.

• A radio tuner might seem old-school, but you may eventually tire of the music on your player or just want to dial in a little NPR. Some devices will even let you record the station to which you’re listening to the device’s storage for future playback. The Zune HD is the first player that comes with support for all-digital HD radio, which means it will only be a matter of time before other players come with this feature as well.

• Bluetooth helps you get rid of one of the most irritating side effects of the MP3-player revolution: tangled headphone cords. A player that provides Bluetooth stereo support (look for the A2DP profile) lets you listen with wireless headphones up to a range of approximately 30 feet. Better still, some players will also let you pair Bluetooth headphones to a cellphone so you can send and receive calls from your player without digging in your pocket for your phone.

• Ogg Vorbis is a niche format that’s mainly championed by those who appreciate its open-standard status. Most consumers will be ripping or buying MP3 files (or AAC files, if they’re using iTunes software) to transfer to their player, so don’t worry about file formats you’ve never heard of that pad out a spec sheet but won’t make a difference in how you use your device.