Tesla Cars Will Now Have The Hardware Necessary To Drive Themselves

The accompanying software is still in the works 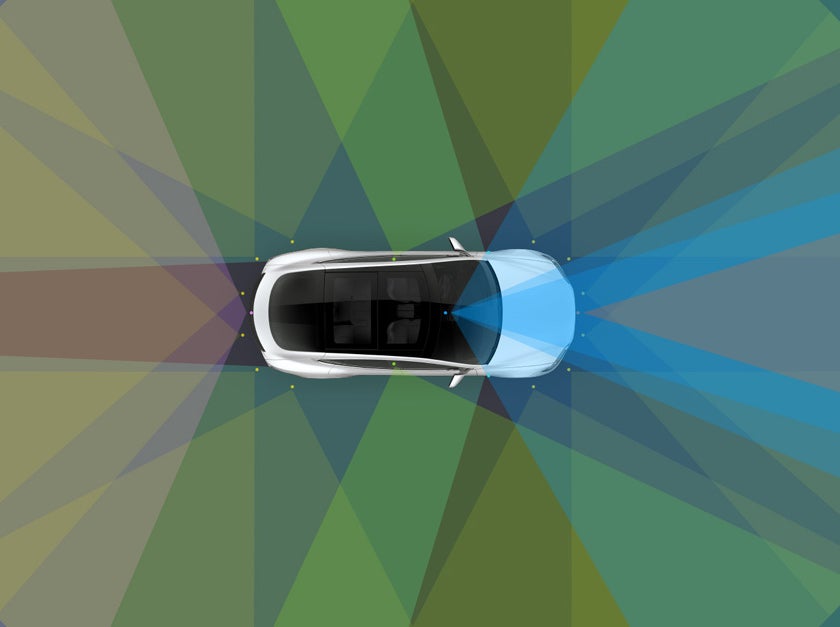 Teslas will have 8 cameras and 12 ultrasonic sensors, plus radar.

Tesla announced today, in a blog post on its website, that all of its vehicles — the Model S, the Model X, and the forthcoming Model 3 — will have the hardware in place to allow them to be fully autonomous in the future. The vehicles will have eight cameras with 360-degree vision up to 250 meters (about 275 yards). They will also be equipped with 12 ultrasonic sensors that detect “both hard and soft objects,” (obstructions like cars and human bodies) at twice the distance of the current Autopilot as well as forward-facing radar that can detect traffic and events through fog, rain, dust, and even the car in front of you.

All of this information requires a huge amount of processing power to make sense of the world. Tesla is using a new onboard computer that’s 40 times more powerful than the previous generation. This sensing and processing will come at a price: The current Autopilot costs about $3,000, company head Elon Musk said in a question and answer session after the announcement, but the self-driving system costs a hefty $8,000.

Though, Tesla learned its lesson about releasing powerful new software into the wild where drivers might not use it as intended. According to the company’s blog post:

But Musk elaborated in the Q&A, saying that it wouldn’t make sense to turn off features that are preventing accidents and increasing safety. The company will update even the oldest autopilot systems over the air as further testing of the self-driving system yields improvements.

So these vehicles won’t be self-driving from day one, but they will be SAE Level 5 fully autonomous, without need of human input, very soon. “The hardware is capable of the highest level of autonomy,” Musk said. Adding this hardware now achieves one of his goals in the Tesla Master Plan Part Deux, released in July: “All Tesla vehicles will have the hardware necessary to be fully self-driving with fail-operational capability, meaning that any given system in the car could break and your car will still drive itself safely.”