After stealth fighters and stealth bombers 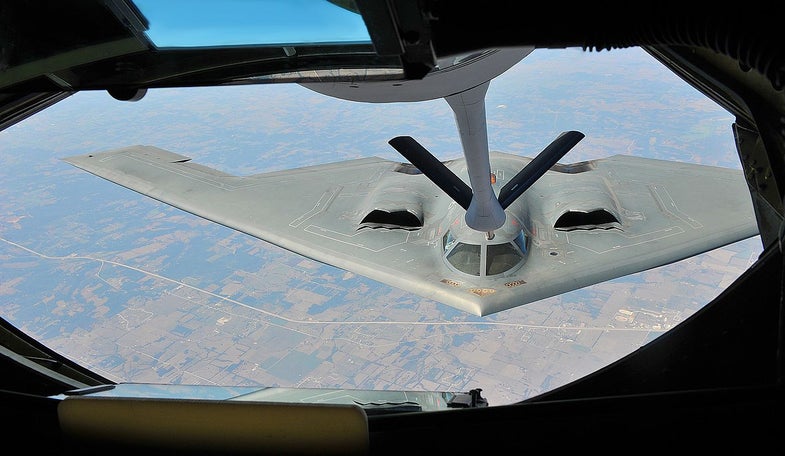 An airplane’s range is limited primarily by the amount of fuel it can carry. Aerial refueling, the simultaneously mundane and challenging act of refilling a plane’s fuel in the middle of the sky, makes it possible for planes to fly much farther than they can on a single tank, hitting targets in places normally out of reach. There’s just one major hitch: the refueling, right now, is best done over a friendly sky, because tankers and the planes hanging around them make for tempting targets. But what if that wasn’t the case. What if, instead, the tankers themselves were as stealth as the planes they’re refueling?

That’s right: the Air Force is exploring the possibility of a stealth tanker. The advantage of such a plane is that it could refuel other stealth aircraft in areas that are dangerous or inaccessible to non-stealth planes.

The major disadvantage is that stealth aircraft have unique design constraints on their bodies, from the materials used to the shape they can take, and those design constraints, combined with modern needs and procurement processes, mean the planes are invariable expensive. It’s not too hard to imagine a stealth tanker hitting the same development pitfalls as the F-35 or carrying the same deep layer of secrecy around the B-21. With the Air Force trying to buy 1700 stealth fighters and up to 200 stealth bombers, stealth tankers may just remain a dream.