Solar Tuk Tuk Arrived in the UK This Week

The journey had its setbacks -- especially 250 miles from the end 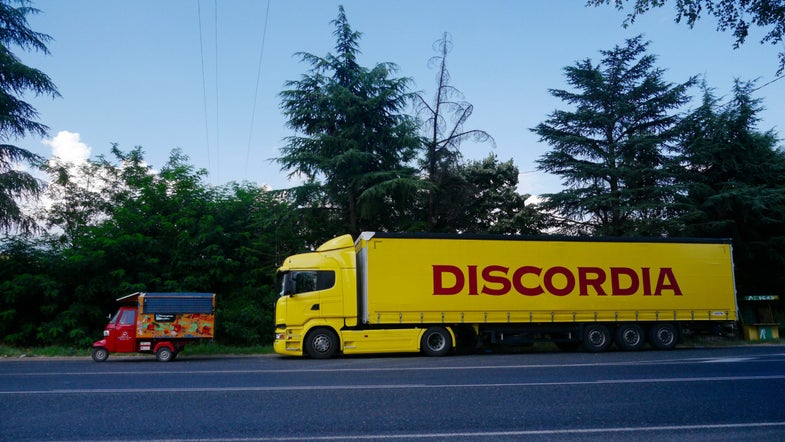 We’ve got an update on Naveen Rabelli and the solar-powered tuk tuk that he drove from India to the 2016 WAVE Trophy Rally in Germany this summer. He was scheduled to triumphantly arrive at his final destination in London on September 8, but there was a setback. And the cause wasn’t entirely electrical.

Rabelli ran into a McDonald’s about 30 miles outside Paris, on his way to Calais near the border, on September 6 to use the restroom and connect to wifi for about 10 minutes. But he forgot to lock the tuk tuck, and someone stole his wallet and passport from it. In an email, he said, “Till yesterday I had zero bad experiences! People were absolutely loving my project/mission. Especially for them to imagine a guy from India to do this is exciting for them.” He also noted on his Facebook page that by this point, two out of three battery packs were “dead beyond repair.”

Other close calls Rabelli had on his travels were less logistically annoying and more harrowing: “One narrow road in Turkey was up in the mountains at the height of 1200 m (4000 ft). It was steeply inclined sideways too. On one side you see mountain; on the other you see cliff. My one set of tires was close to the wall of mountain, and the other end of the was inches [from falling off] the cliff. That day there were hailstones, my tires were not gripping, and having this sideways incline was a terrifying experience. To add [to the experience], my battery was very close to dead.”

Rabelli originally bought the tuk tuk for $1,500 and spent an additional $11,500 on customizing it to make its all-electric, 6000-mile journey. His budget for travel was 5 euros a day ($5.50); he slept in the tuk tuk unless he was offered a bed by a local. He cleaned up in rivers, lakes, police stations, and gas stations — not that he needed to spend money on fuel, given that the tuk tuk is solar powered. His only regular expense, he said, was food, which he often either worked to earn or was donated to him along the way.

Rabelli visited the embassy in France to see if an emergency passport could be issued, and on September 13, he added a short video to his Facebook page letting supporters know that he made it safely to the United Kingdom.

Note: Rabelli’s emails were lightly edited for spelling and punctuation.