The great terror of 1993, realized 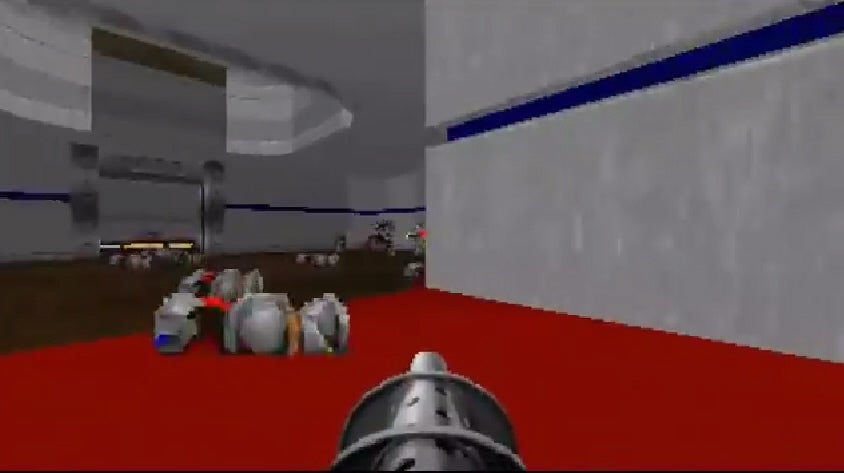 The researchers taught the robot to kill. In the researcher’s defense, they only taught it to kill hell-spawned demons on Mars. Working with “Doom,” the 1993 first-person shooter, the researchers trained an Artificial Intelligence to defeat the native enemies in the game, as well as human players fighting in the same deathmatch arena.

Why Doom? Guillaume Lample and Devendra Singh Chaplot, the paper’s authors, note that humans have already trained A.I. to learn Atari 2600 games, and games like Chess and Go, where all the information needed is immediately visible to all players. Doom, it turns out, more closely resembles the real world. Not so much the demons everywhere, or the scattered guns on every sidewalk and in every corner bit. No, what Doom offers is a 3D environment, and concealed information.

So what is the A.I. doing, exactly, when it plays Doom? It turns out, the A.I. is playing two different games at all times. The first is navigating the environment and looking for items, and the other is immediately dispatching any enemies it can find. Researchers first trained it to navigate empty maps, and added in rewards for finding items, as well as penalties for stepping on lava.

It took a week to train the A.I. to navigate the map, and a few hours to train it to recognize enemies. After that training, the A.I. outperformed humans in single-player games versus native enemies, and outfought humans in multiplayer death matches. This is all good news for A.I. navigating 3D spaces with imperfect information and solving problems, provided the problem is “can I pick this gun up and use it to shoot an enemy?”

That might not be the most comforting scenario, but I’d hold off the panic about A.I. intelligence in video games until they can accomplish something much more advanced. When an A.I. can beat Myst, that’s when I panic.

Watch the A.I. fight a full deathmatch below.