SeaBubbles Aspires To Bring Us The Water Taxi Of The Future

Adding more cars to the roads makes traveling by car a worse experience for everyone. There are many ways for cities to get around this: improved transit systems, support for carpooling, and bike paths are just the start, but what about a city that already has existing waterways? Isn’t there something they could do with rivers or canals instead?

There is indeed, argues “SeaBubbles,” which envisions city-wide transportation networks of self-driving four-passenger water taxis, driving about at 30 mph on a cushion of air and summoned by an Uber-like app. Says The Verge:

As envisioned, SeaBubbles are electric-powered, silent, zero-emission vehicles, with a range of almost 60 miles. The most interesting trait of the planned design is that it will generate “no waves at full speed,” so as not to erode the river walls. That’s a thoughtful consideration, and if SeaBubbles are to be wildly successful, perhaps a necessary one. Most canal transit systems are slow enough that erosion isn’t a concern, but a commuter alternative needs to be timely, and the easiest way to generate a lot of speed is powerful, wake-making motorboat engines. 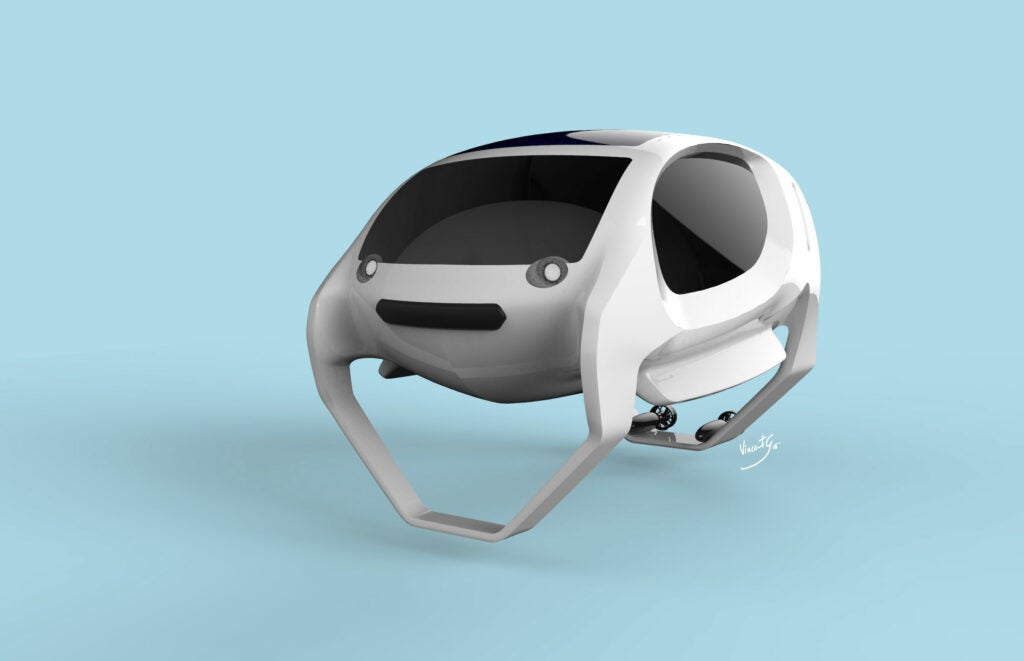 This is one area where the SeaBubbles team definitely has experience. Alain Thebault previously built the Hydroptere, a wind-powered trimaran yacht that barely touches the surface of the water, instead carrying most of the ship a few feet in the air. The SeaBubbles concept art shows no room for wings, but the lifted body on top of a wing-like supports could borrow from it.

Of course, all of this is at the earliest of early stages, concept art and attracting funding. By SeaBubbles’ own timeline, they should have had a boat ready for testing in August 2016, and then production underway in January 2017 and deliveries by May 2017. That’s a lot of ambition, though the hurdles include everything from proving the boats work, designing docking stations, attracting a customer, working within local municipal laws or seeing new legislation written to accommodate the vehicles, training the drivers or designing a self-driving software and sensor system for rivers, and then releasing it with an app so people can actually summon a ride. 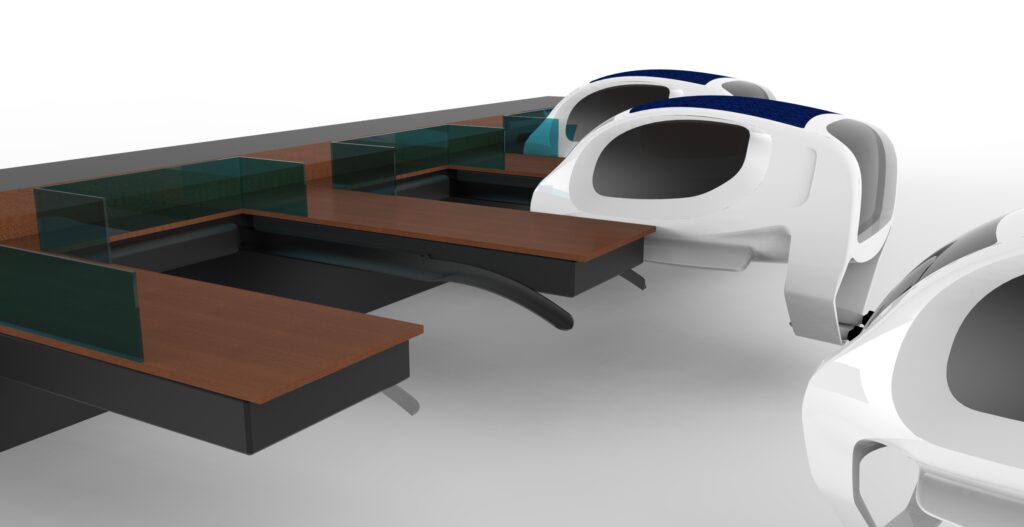 As envisioned, all-electric SeaBubbles will recharge at special docks between rides.

Finally, there’s a great geographic limitation: while many cities have navigable rivers, SeaBubbles can only connect between two points that border water, and unless those points are near transit hubs or resort-like destinations, SeaBubbles won’t be a transport alternative for anyone.