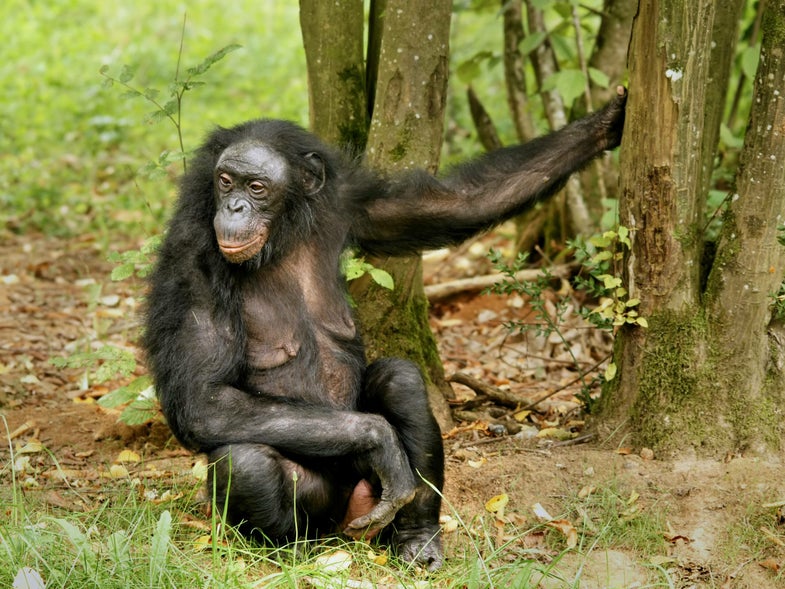 Bonobos are way ahead of humans when it comes to “girl power.” Female bonobos dominate their social environments, and researchers have found one of the techniques that may give females their advantage.

According to a new study, female bonobos are deceptively good at hiding one telltale sign of primate fertility: sexual swelling. Female monkeys experience a visible inflammation of the skin around their genitals when they are entering into ovulation, which males take as an invitation to do their best Johnny Bravo impression to win over the female.

But bonobos are different. It’s impossible for a male to know for sure whether a female bonobo who he sees displaying a swelling is truly ready to mate, or if it’s a smokescreen. The timing of sexual swelling and the ovulation periods of female bonobos vary greatly, and the study suggests this may be an evolutionary behavior to maintain the matriarchy.

Because males can’t use the swelling as an indication that the females are ready to mate, there’s much less violent competition over females. Instead, females get to choose their partners and keep the peace.

All that the males can do is hope that they catch the eye of a female bonobo during her real ovulation period.