This is how your brain constructs emotions

Book excerpt: How emotions are made 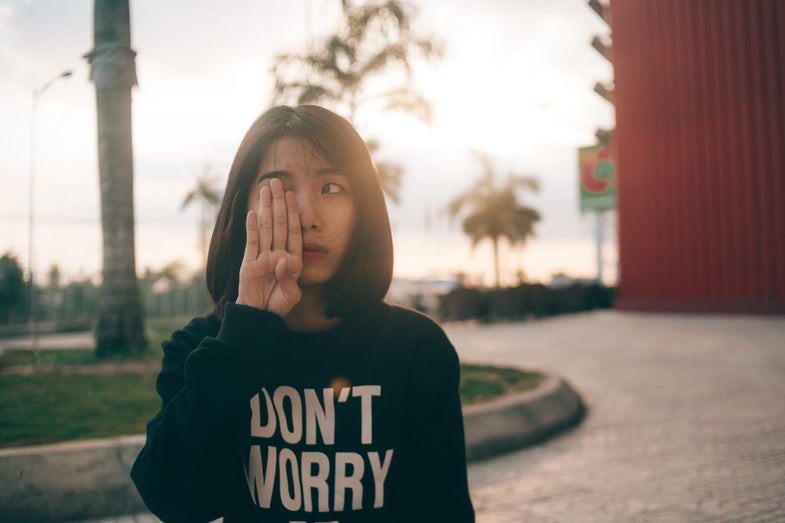 How Emotions Are Made

Where do your feelings come from? Lisa Feldman Barrett explains with neuroscience in How Emotions Are Made.

The following is excerpted from How Emotions Are Made by Lisa Feldman Barrett.

For my daughter’s twelfth birthday, we exploited the power of simulation (and had some fun) by throwing a “gross foods” party. When her guests arrived, we served them pizza doctored with green food coloring so the cheese looked like fuzzy mold, and peach gelatin laced with bits of vegetables to look like vomit. For drinks, we served white grape juice in medical urine sample cups. Everybody was exuberantly disgusted (it was perfect twelve-year-old humor), and several guests could not bring themselves to touch the food as they involuntarily simulated vile tastes and smells. The pièce de résistance, however, was the party game we played after lunch: a simple contest to identify foods by their smell. We used mashed baby food—peaches, spinach, beef, and so on—and artfully smeared it on diapers, so it looked exactly like baby poo. Even though the guests knew that the smears were food, several actually gagged from the simulated smell.

Simulations are your brain’s guesses of what’s happening in the world. In every waking moment, you’re faced with ambiguous, noisy information from your eyes, ears, nose, and other sensory organs. Your brain uses your past experiences to construct a hypothesis—the simulation—and compares it to the cacophony arriving from your senses. In this manner, simulation lets your brain impose meaning on the noise, selecting what’s relevant and ignoring the rest.

The discovery of simulation in the late 1990s ushered in a new era in psychology and neuroscience. Scientific evidence shows that what we see, hear, touch, taste, and smell are largely simulations of the world, not reactions to it. Forward-looking thinkers speculate that simulation is a common mechanism not only for perception but also for understanding language, feeling empathy, remembering, imagining, dreaming, and many other psychological phenomena. Our common sense might declare that thinking, perceiving, and dreaming are different mental events (at least to those of us in Western cultures), yet one general process describes them all. Simulation is the default mode for all mental activity. It also holds a key to unlocking the mystery of how the brain creates emotions.

Outside your brain, simulation can cause tangible changes in your body. Let’s try a little creative simulation with our bee. In your mind’s eye, see the bee bouncing lightly on the petal of a fragrant white flower, buzzing around as it searches for pollen. If you’re fond of bees, then the utter of imaginary wings is right now causing other neurons to prepare your body to move in for a closer look—preparing your heart to beat faster, your sweat glands to fill, and your blood pressure to decrease. Or if you have been badly stung in the past, your brain may ready your body to run away or make a swatting motion, formulating some other pattern of physical changes. Each time your brain simulates sensory input, it prepares automatic changes in your body that have the potential to change your feeling.

Your bee-related simulations are rooted in your mental concept of what a “Bee” is. This concept not only includes information about the bee itself (what it looks and sounds like, how you act on it, what changes in your autonomic nervous system allow your action, etc.), but also information contained in other concepts related to bees (“Meadow,” “Flower,” “Honey,” “Sting,” “Pain,” etc.). All this information is integrated with your concept “Bee,” guiding how you simulate the bee in this particular context. So, a concept like “Bee” is actually a collection of neural patterns in your brain, representing your past experiences. Your brain combines these patterns in different ways to perceive and flexibly guide your action in new situations.

Using your concepts, your brain groups some things together and separates others. You can look at three mounds of dirt and perceive two of them as “Hills” and one as a “Mountain,” based on your concepts. Construction treats the world like a sheet of pastry, and your concepts are cookie cutters that carve boundaries, not because the boundaries are natural, but because they’re useful or desirable. These boundaries have physical limitations of course; you’d never perceive a mountain as a lake. Not everything is relative.

Your concepts are a primary tool for your brain to guess the meaning of incoming sensory inputs. For example, concepts give meaning to changes in sound pressure so you hear them as words or music instead of random noise. In Western culture, most music is based on an octave divided into twelve equally spaced pitches: the equal-tempered scale codified by Johann Sebastian Bach in the seventeenth century. All people of Western culture with normal hearing have a concept for this ubiquitous scale, even if they can’t explicitly describe it. Not all music uses this scale, however. When Westerners hear Indonesian gamelan music for the first time, which is based on seven pitches per octave with varied tunings, it’s more likely to sound like noise. A brain that’s been wired by listening to twelve-tone scales doesn’t have a concept for that music. Personally, I am experientially blind to dubstep, although my teenage daughter clearly has that concept.

Concepts also give meaning to the chemicals that create tastes and smells. If I served you pink ice cream, you might expect (simulate) the taste of strawberry, but if it tasted like sh, you would find it jarring, perhaps even disgusting. If I instead introduced it as “chilled salmon mousse” to give your brain fair warning, you might find the same taste delicious (assuming you enjoy salmon). You might think of food as existing in the physical world, but in fact the concept “Food” is heavily cultural. Obviously, there are some biological constraints; you can’t eat razor blades. But there are some perfectly edible substances that we don’t all perceive as food, such as hachinoko, a Japanese delicacy made of baby bees, which most Americans would vigorously avoid. This cultural difference is due to concepts.

Every moment that you are alive, your brain uses concepts to simulate the outside world. Without concepts, you are experientially blind. With concepts, your brain simulates so invisibly and automatically that vision, hearing, and your other senses seem like re- exes rather than constructions.

Now consider this: what if your brain uses this same process to make meaning of the sensations from inside your body—the commotion arising from your heartbeat, breathing, and other internal movements?

From your brain’s perspective, your body is just another source of sensory input. Sensations from your heart and lungs, your metabolism, your changing temperature, and so on, are like ambiguous blobs. These purely physical sensations inside your body have no objective psychological meaning. Once your concepts enter the picture, however, those sensations may take on additional meaning. If you feel an ache in your stomach while sitting at the dinner table, you might experience it as hunger. If flu season is just around the corner, you might experience that same ache as nausea. If you are a judge in a courtroom, you might experience the ache as a gut feeling that the defendant cannot be trusted. In a given moment, in a given context, your brain uses concepts to give meaning to internal sensations as well as to external sensations from the world, all simultaneously. From an aching stomach, your brain constructs an instance of hunger, nausea, or mistrust.

Now consider that same stomachache if you’re sniffing a diaper heavy with pureed lamb, as my daughter’s friends did at her gross foods birthday party. You might experience the ache as disgust. Or if your lover has just walked into the room, you might experience the ache as a pang of longing. If you’re in a doctor’s office waiting for the results of a medical test, you might experience that same ache as an anxious feeling. In these cases of disgust, longing, and anxiety, the concept active in your brain is an emotion concept. As before, your brain makes meaning from your aching stomach, together with the sensations from the world around you, by constructing an instance of that concept.

An instance of emotion.

And that just might be how emotions are made.