Extreme heat and wildfires have caused literal firestorms across Canada

It’s at least as terrifying as it sounds. 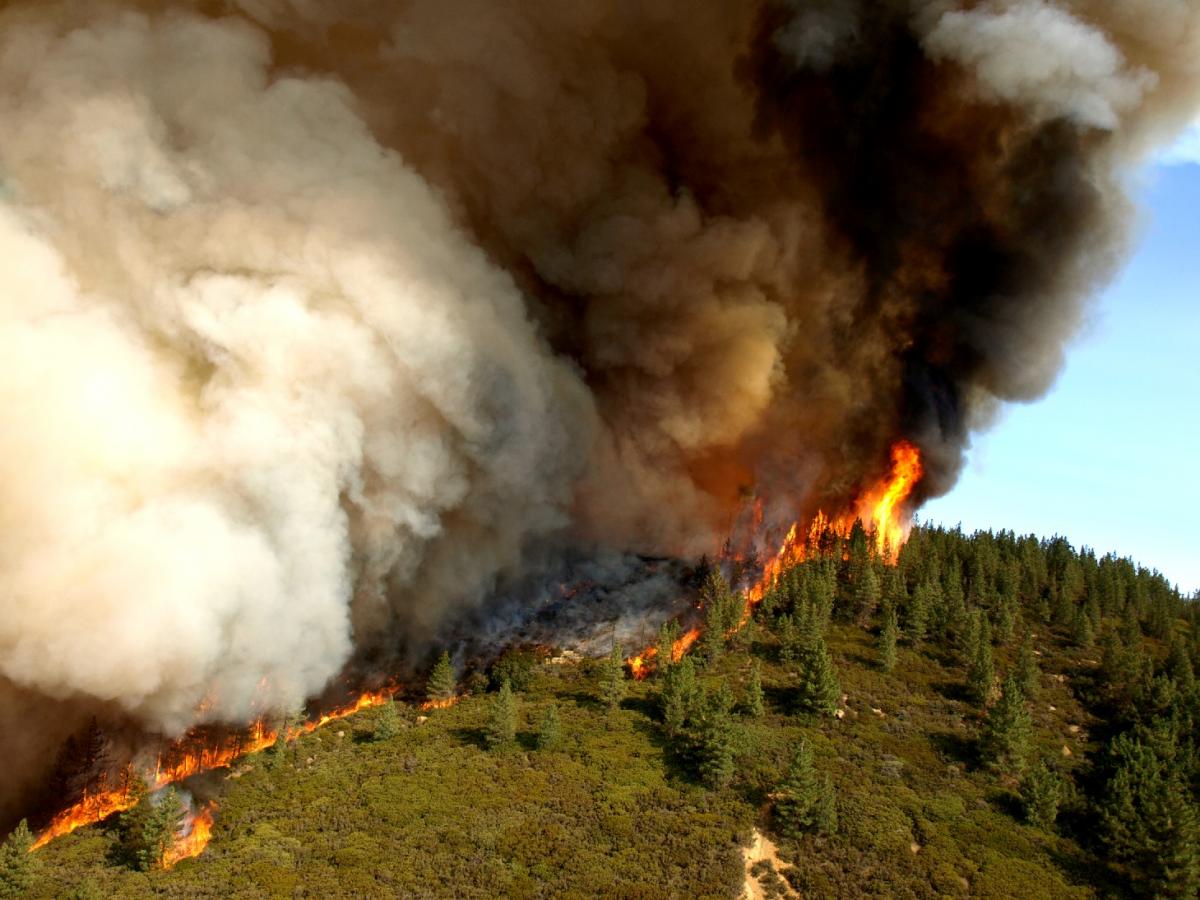 Fires like this one from 2007 are raging across British Columbia. U.S. Forest Service photo by John Newman
SHARE

As things start to seemingly settle down weather-wise in some parts of the world, elsewhere, the weather is getting even more dangerous. In western Canada, wildfires have spread across the country, leading to some seriously dangerous weather—including what appears to be “firestorms.”

If boiling heat and drought weren’t enough, the fires brimming around the corners of the Pacific Northwest are contributing to a threatening storm system. When temperatures are hot enough, rising smoke from the fires can quickly accumulate into raging pyrocumulonibus clouds. These clouds then form thunderstorms, allowing lightning strikes to wreak even more havoc by brewing new fires. In some cases, you may even see “fire tornados.”

[Related: What is wet-bulb globe temperature]

NASA has nicknamed these horrifying events “fire-breathing dragon of clouds.” And while they happen more often than you’d think, including extreme recent examples in California last August and Australia in late 2019, some scientists are calling the Canadian firestorm the worst ever seen.

“I’ve watched a lot of wildfire-associated pyroconvective events during the satellite era, and I think this might be the singularly most extreme I’ve ever seen,” Daniel Swain, a climate scientist at UCLA, tweeted on Wednesday. “This is a literal firestorm, producing *thousands* of lightning strikes and almost certainly countless new fires.”

Between June 30 and July 1, there have already been 710,117 lightning strikes across British Columbia, a whopping five percent of Canada’s average yearly amount. The unbearable heat in one town in particular, which had been experiencing temperatures of 121 degrees Fahrenheit earlier this week (for reference, that’s four degrees higher than Las Vegas’ all-time record), forced the over 1,000 residents of Lytton, BC to evacuate on virtually no notice earlier this week.

“The town burnt down,” Lytton Mayor Jan Polderman told Canadian news source CBC. “I noticed some white smoke at the south end of town, and within 15 to 20 minutes, the whole town was engulfed in flame.”

For many towns in fire zones, the conditions are on the precipice of some of the most wildfire-friendly conditions in recent history—thanks to increasingly dry weather, longer summers, leftover flammable trees and grasses from centuries of wildfire prevention strategies, and more people moving into risky areas. Wildfires and volcanic activity have killed around 2400 people directly over the past 20 years, but the lasting impact and indirect death count could be significantly higher even from just one event.

Swain told Earther that these firestorms are also a nightmare for the atmosphere. Not only did the Australian bushfires warm the atmosphere for six months after the fact, but the forests currently burning in Canada store billions of tons of carbon dioxide that are at risk of being released.

“I suspect it will get a lot worse,” Swain told Earther, “and it’s already quite bad.”