Scientists just got one step closer to solar-powered recycling plants

A relatively simple new invention can break down plastic bottles into glycolic acid. 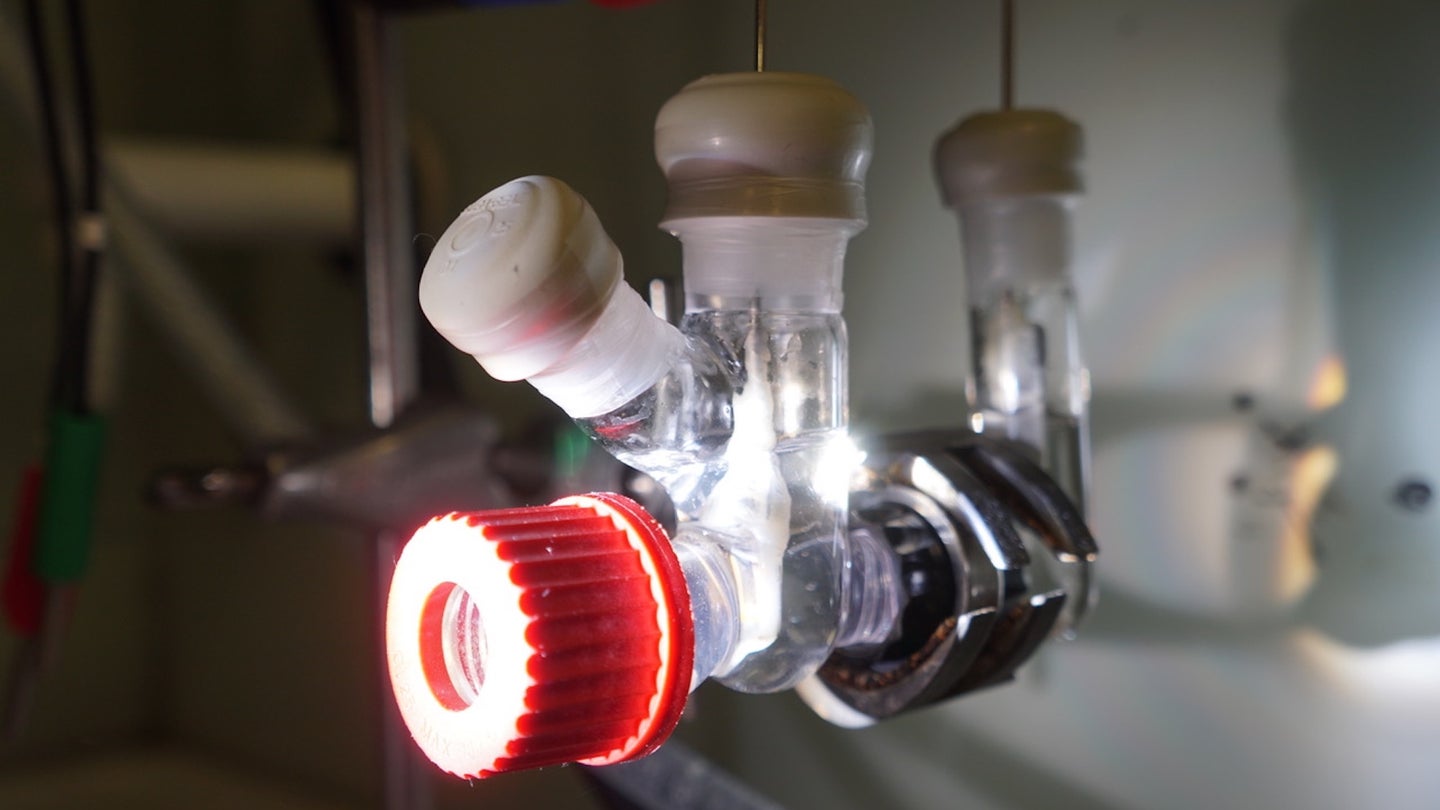 The new breakthrough could one day usher in solar recycling plants. University of Cambridge
SHARE

Wasting resources is a huge cause of environmental degradation. At our current rate, we’re on track to 3.4 billion metric tons of solid trash by 2050. This route is completely untenable for both civilization and the overall environment, but given that roughly only 20 percent of that is currently recycled annually, we’ll need to get really creative quickly to address this issue.

Researchers at the University of Cambridge found a potential solution to this challenge by recently developing a novel process using just energy from the sun to transform plastic trash and greenhouse gasses into sustainable fuel and other valuable materials. As detailed in the journal Nature Synthesis, the team successfully created a solar-powered reactor capable of transforming CO2 into syngas, a pivotal component within sustainable liquid fuels. At the same time, the setup also managed to take plastic bottles and break them down into glycolic acid, a chemical often used within the cosmetics industry.

The new integrated reactor contains two compartments, one for the greenhouse gasses and one for the plastic waste, reliant on a new and promising silicon alternative, perovskite, for its solar cells. Persovskite innovations have rapidly improved its efficiency rates from just 3 percent in 2009 to recently over 25 percent. As such, it could soon become a major component of solar power manufacturing, although barriers still need overcoming for its stability, lifespan, and scalability.

From there, researchers created different catalysts for the light absorber, which changed the final recycled product depending on which one was used, including CO, syngas, and glycolic acid. What’s more, the breakthrough reactor pulled all this off with a greater efficiency than standard photocatalytic CO2 methods, all BY simply shining sunlight into the setup.

“A solar-driven technology that could help to address plastic pollution and greenhouse gasses at the same time could be a game-changer in the development of a circular economy,” says the study’s co-first author, Subhajit Bhattacharjee.

Researchers’ ability to fine-tune the integrated reactor’s end result products depending on the input catalyst also shows immense promise for additional outputs. The paper notes that, although the initial studies were limited to simple carbon-based molecules, future experiments could result in far more complex products. Further advancements along these lines could even one day offer a new type of entirely solar-powered recycling plant, ostensibly providing society with a circular economy in which very little, if anything, is wasted.

“Developing a circular economy, where we make useful things from waste instead of throwing it into landfill, is vital if we’re going to meaningfully address the climate crisis and protect the natural world,” said the study’s other co-first author, Motiar Reisner. “And powering these solutions using the Sun means that we’re doing it cleanly and sustainably.”