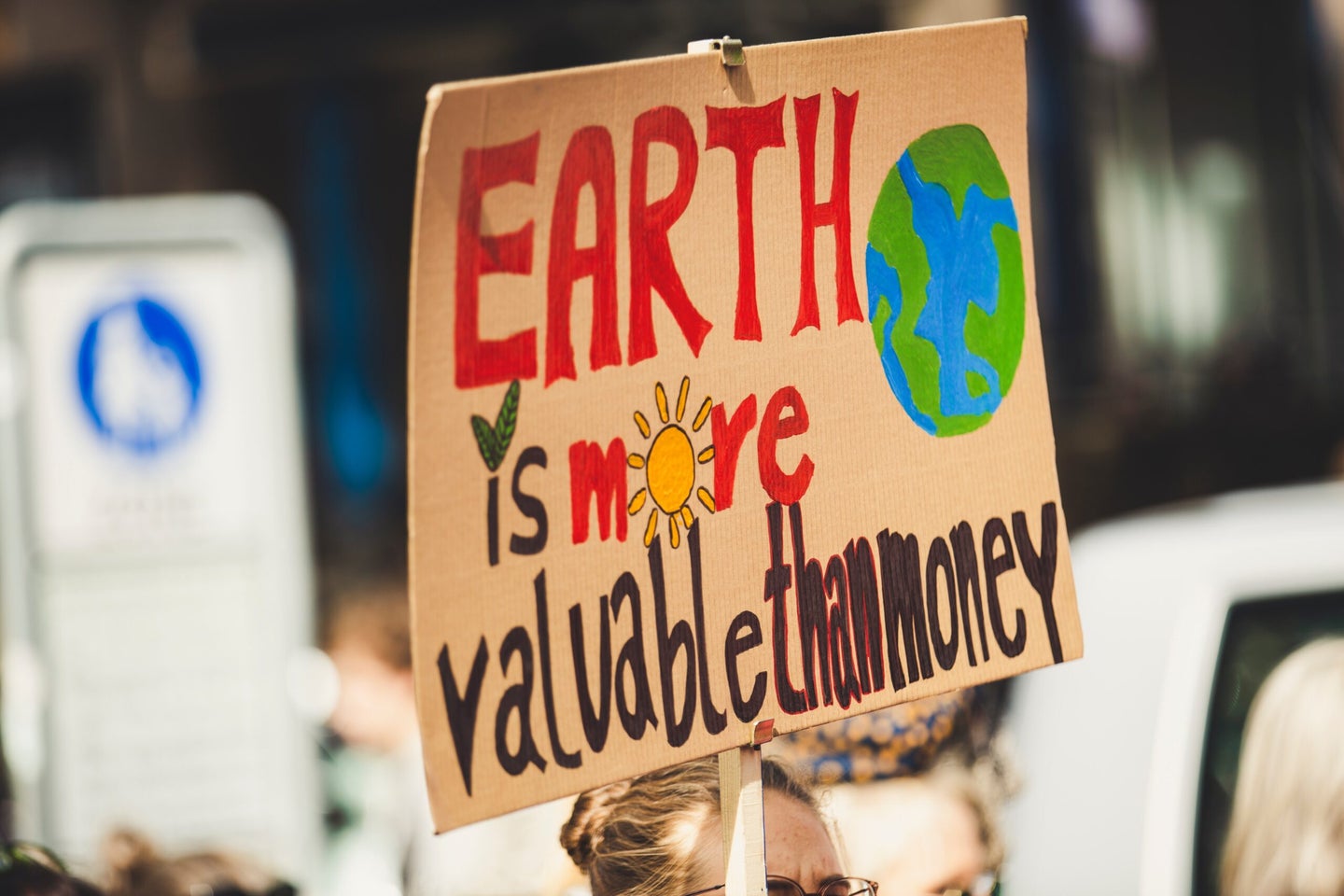 In 2019, 20 fossil fuel companies were revealed to be behind a third of the world’s all-time carbon emissions. And while everyday consumers can certainly try their best to make sustainable choices in their own lives, it’s no secret that big companies are what really need to get their act together. Promises by companies are being made regularly to lower emissions and get on board with climate change goals, with varying degrees of success.

It appears on some levels that big corporations are getting their act together, making net-zero promises and other sustainability pledges. But when held up to the light, these claims appear to be falling quite short. Twenty-five of the world’s largest companies are in reality committing to reducing their carbon footprint by an average of 40 percent, not 100 percent or going completely “carbon neutral” as they may imply according to new analysis by NewClimate Institute, in collaboration with Carbon Market Watch.

“We see that companies’ headline climate pledges require detailed evaluation and in the majority of cases today cannot be taken at face value,” Sybrig Smit, a climate policy analyst at the nonprofit research group NewClimate Institute and an author of the report, said in a statement.

The authors dove deep into carbon-neutral programs byAmazon, Maersk, BMW, CVS, and IKEA to see if the companies were actually substantiating their sustainability claims. What they found was that none of the 25 brands they studied received a “high integrity” rating.  Maersk’s net-zero by 2040 pledge ranked the highest with “reasonable integrity”; Apple, Sony, and Vodafone followed behind with “moderate integrity”; the rest fell under “low or very low integrity”. The methodology of rating integrity took into account tracking and disclosure of emissions, setting specific targets, reducing emissions, and taking responsibility for unabated emissions.

“We set out to uncover as many replicable good practices as possible, but we were frankly surprised and disappointed at the overall integrity of the companies’ claims,” Thomas Day of NewClimate Institute, and lead author of the study, said in a release. “As pressure on companies to act on climate change rises, their ambitious-sounding headline claims often lack real substance, which can mislead both consumers and the regulators that are core to guiding their strategic direction. Even companies that are doing relatively well exaggerate their actions.”

Only three of the companies analyzed, Maersk, Vodafone and Deutsche Telekom, have actually committed to decarbonizing most of their full value chain emissions (this includes all of the resources used to make a product, ship and sell it, and then dispose of it once it’s no longer useful). Some of the other companies have skirted by with net-zero pledges that only cover direct emissions, which only include the fossil fuels the company uses to run their facilities and vehicles.

According to the study, leaving out downstream and upstream emissions from net-zero promises leaves a lot to be desired when it comes to hard emissions cuts. For example, eight of the companies exclude the upstream and downstream emissions that typically account for around 90 percent of their de facto emissions, according to the new research. Five of those companies crafted sustainability plans that, in reality, would only drop their emissions by under 15 percent.

[Related: How to tell if your sustainable investments really are good for the planet.]

Additionally, 24 of the company’s goals included carbon offsets, which in certain cases can produce negligible climate benefits, in their plans. For example, the report found that two-thirds of the companies relied on biological offsets, like planting trees, even though the actual climate impact of this is still debatable (and easily undone by disasters like wildfires).

Companies that loudly promoted their own sustainability work also seemed to underperform the most. Unilever, Nestle, CVS, and BMW all tout sustainability and corporate social responsibility on their websites and in ads, but failed to show integrity for their “net-zero” promises in the report.

Unilever representatives told the BBC that they “welcome external analysis of our progress and have begun a productive dialogue with the New Climate Institute to see how we can meaningfully evolve our approach.” IKEA reps said they welcome “dialogue and scrutiny” of their climate goals as well.

But if companies truly want to minimize their roles in climate change, they need to go beyond dressed-up pledges and marketing ploys. Regulations and public transparency can help with that.

“Misleading advertisements by companies have real impacts on consumers and policymakers. We’re fooled into believing that these companies are taking sufficient action, when the reality is far from it.” Gilles Dufrasne from Carbon Market Watch said in a release. “Without more regulation, this will continue. We need governments and regulatory bodies to step up and put an end to this greenwashing trend.”