Recent state efforts have been called 'bandaids' by experts. 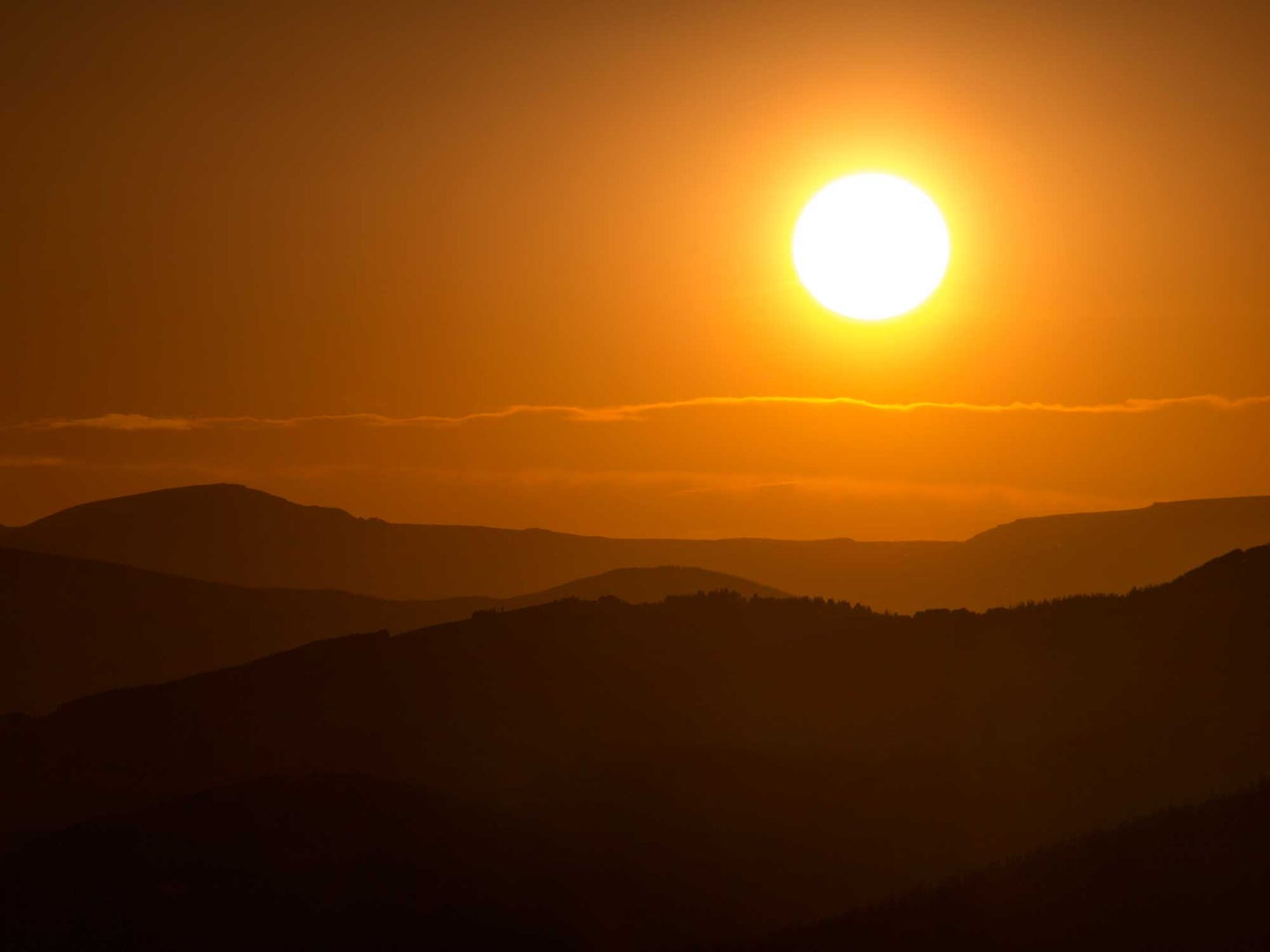 Ozone is created when chemicals emitted into the atmosphere via vehicle exhaust, oil and gas development, and wildfires are baked by the sun. Deposit Photos
SHARE

This article was originally featured on KHN.

A year after health officials issued a record number of alerts for high ozone levels on Colorado’s Front Range, federal and state officials are trying to rein in the gas that can make outdoor activities a health risk.

But new Colorado laws aimed at improving air quality along that urban corridor east of the Rocky Mountains aren’t expected to do much to directly reduce ozone, according to experts charged with bringing down the levels. “These are not the magic bullets that will bring us into compliance, but they will be helpful in reducing emissions,” said Michael Silverstein, executive director of the Regional Air Quality Council, the lead air-quality planning organization for nine counties of the Front Range.

In the most recent legislative session, Colorado lawmakers passed three bills aimed at improving air quality: One replaces highly polluting diesel buses with electric buses, another provides funding so residents can access public transportation free of charge for a month during the high-ozone season, and the third creates a system to alert the public to toxic emissions released from industrial sources.

The Environmental Protection Agency’s proposal to reclassify nine counties of the Front Range, including Denver, from “serious” violators of federal ozone standards to “severe” violators would bring more significant change, Silverstein said. (The EPA’s “nonattainment” classifications begin with “serious” and then move to “severe” and “extreme.”)

But other health experts say neither the federal nor the state actions will be enough to truly safeguard public health.

“At some point, you are just putting band-aids on, and this feels like that,” said James Crooks, an air pollution researcher at National Jewish Health, a Denver hospital that specializes in respiratory disorders. “Better to have the band-aids than not, but it’s not going to solve the problem.”

Ozone is created when chemicals emitted into the atmosphere via vehicle exhaust, oil and gas development, and wildfires are baked by the sun. Ozone pollution that exceeds federal limits is a stubborn problem in Mountain West valleys, especially in Phoenix; Albuquerque, New Mexico; Salt Lake City; and Denver.

The Front Range has one of the worst ozone problems in the country. Last year, health officials in the counties east of the Rocky Mountains issued “ozone action day alerts” on 65 days from May 31 to Aug. 31, peak season for ozone. That’s the highest number since record-keeping began in 2011.

The EPA determined that over the three-year period from 2018 to 2020, average ozone levels over eight hours on the Front Range were 81 parts per billion. The federal limit set in 2008 was 75 ppb, but the current one, set in 2015, is 70 ppb. Under the proposal to change a nine-county area of the Front Range from a “serious” to a “severe” violator, the region would have to meet that standard by 2026.

A final decision on the proposal is expected from the EPA this fall.

“Ground-level ozone remains one of the most challenging public health concerns we face, affecting large numbers of Coloradans and their families,” EPA Regional Administrator KC Becker said in an April news release announcing the proposed change.

Crooks said that 70 ppb is a difficult goal to achieve and that it isn’t low enough to protect public health. Indeed, no level of ozone is safe, he said. “We might be able to muddle through and get to 75,” said Crooks. “But 70 is going to be really hard to do without decarbonization,” which means replacing gas and diesel vehicles with electric vehicles.

One challenge in reducing ozone is trying to control the emission of ozone precursors from myriad sources. Thousands of oil and gas wells are along the Front Range, some in suburban neighborhoods, and their emissions, along with vehicle emissions, are the primary sources of ozone.

Complicating the matter is that one-half to two-thirds of the ozone that plagues the Front Range comes from outside the state, some from as far away as Asia. The background levels of ozone — naturally or human-created ozone that originates from outside the region — can be as high as 60 ppb.

Another problem is the wildfire smoke that blankets the state each summer. And rising temperatures, a result of climate change, are causing more ozone to be produced.

Ground-level ozone is the same chemical as the ozone that is high in the atmosphere, but up there, it provides a crucial shield that protects the Earth from harmful ultraviolet rays.

On the ground, the odorless gas can cause shortness of breath and stinging in the eyes and can trigger asthma attacks. It predisposes people to pulmonary inflammation and coronary damage. Globally, more than 1 million premature deaths were caused by high ozone levels in 2010, a study found. Ozone and other pollutants may also increase the risk of hospitalization and death for people infected with covid-19, according to a recent study.

Air pollution hits children, older adults, and people who work outside the hardest, and the impacts fall disproportionately on disadvantaged areas, whose residents often lack the resources to move to cleaner neighborhoods.

High levels of ozone also cause serious damage and death to vegetation.

Changing the Front Range’s ozone violator status from “serious” to “severe” could have some impact, some experts said. One result is that refineries would have to produce a special gasoline blend for cars in the nine counties of the Front Range that would be less volatile and contribute fewer precursors to the atmosphere. That could raise gas prices 5% to 10%.

“We’re going to go from some of the highest-emitting gasoline to the lowest-emitting gasoline” in the country, said Silverstein. “It won’t evaporate when it’s spilled on the ground and burns with fewer emissions. We’ll see ozone emissions benefits as soon as it’s at the station.” That may not be until next year or 2024.

Another consequence is that hundreds of companies that are not regulated under the current rules would come under the scrutiny of regulators and be forced to account for their emissions.

The Center for Biological Diversity and other environmental advocacy groups sued the EPA in an effort to force a “severe” ozone listing for the Front Range and other parts of the U.S. The lawsuit was filed before the EPA’s reclassification proposal.

Robert Ukeiley, an attorney for the Center for Biological Diversity, thinks the change in status will make a difference.

“When we get bumped up from ‘serious’ to ‘severe,’ it lowers the pollution threshold of what is considered a major source,” he said. “The state should have to issue major source permits, and that will start to reduce pollution.”