Short-term and poorly thought-out solutions are hardly solutions at all. 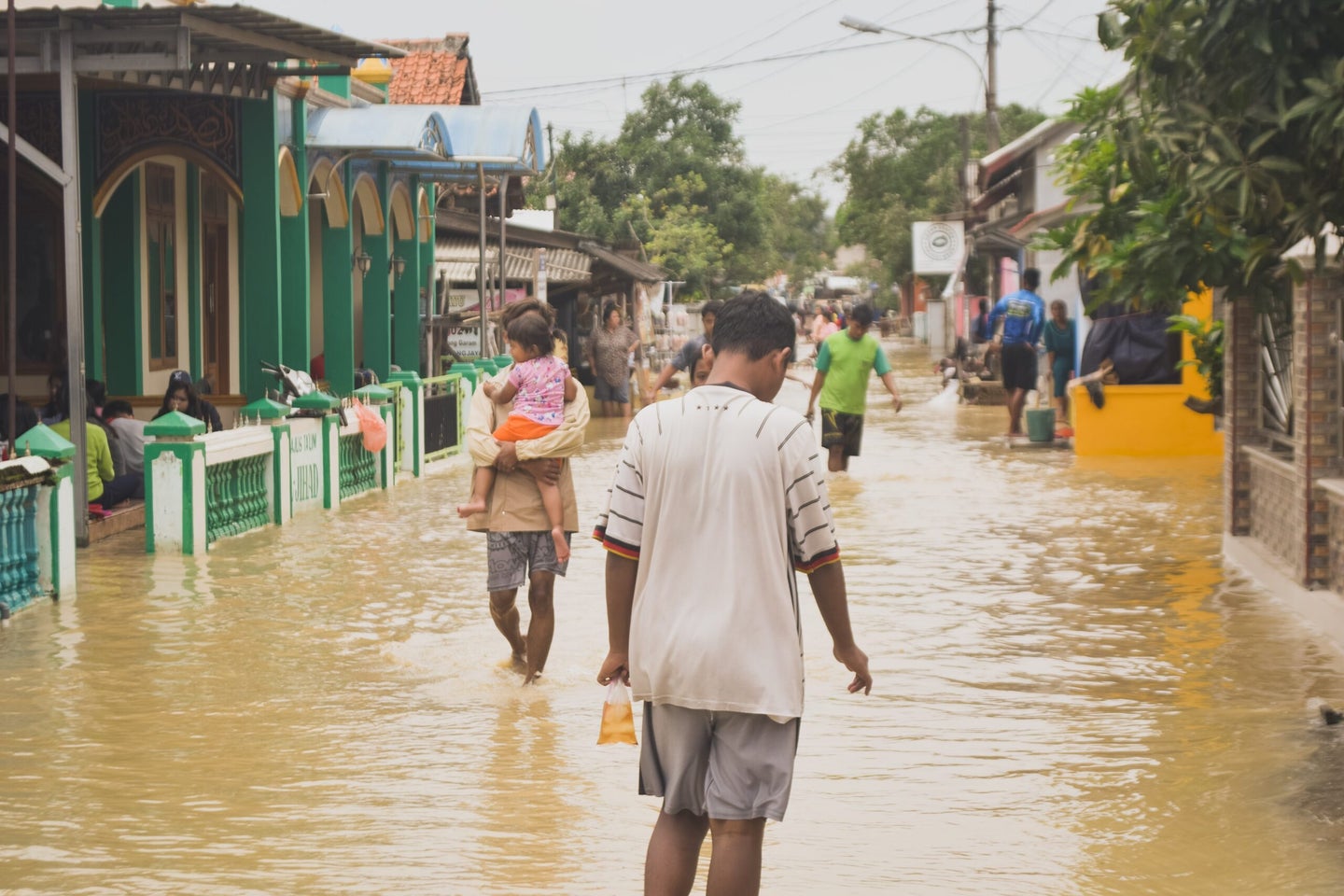 When climate adaptation isn't inclusive, it can do more harm than good. Misbahul Aulia/Unsplash
SHARE

We’ve all been in a situation where trying to help merely makes the outcomes worse. But, when this happens on a large scale with the climate crisis, things can get disastrous fast.

One of the main focuses of the 2022 IPCC report is exactly that: maladaptation. Back in 2014, the IPCC defined maladaptation as “actions that may lead to increased risk of adverse climate-related outcomes, increased vulnerability to climate change, or diminished welfare, now or in the future.” But to really understand the practice, we first need to understand adaptation—and why we so desperately need it.

As the climate changes at an increasingly quicker rate, people are becoming more vulnerable to risks like flooding and extreme heat, says Luna Khirfan, an associate professor in the school of planning at Canada’s University of Waterloo. “So when we adapt, what we try to do is to limit the negative impact of these hazards by decreasing the exposure and decreasing the vulnerability, and consequently, decreasing the risk,” she adds.

But because climate change is unprecedented and unfolding in real time, political leaders and everyday people are improvising solutions, says Lisa Schipper, a research fellow at the Environmental Change Institute at the University of Oxford. And some of their adaptation attempts are plain wrong.

“One thing that we’re seeing is that when we plan too quickly and we plan in ways that locks us into certain kinds of trajectories of development, then we risk these adaptation strategies backfiring so that we become more vulnerable to climate change,” Schipper explains.

Of course, there’s more than one way to make these mistakes. Here’s a breakdown of some of the most common varieties of climate maladaptation—and how we can make better choices in an increasingly volatile future.

The simplest form of maladaptation, Khirfan says, is when the quick solution to a climate dilemma comes with longer-term sustainability problems. Take, for example, heatwaves and air conditioning. Across the world, there have been more and more drastic heatwaves, from the Pacific Northwest’s last fall to Europe’s last summer.

Kirfan notes that in Vancouver, which was in the northern limits of the Pacific Northwest heat dome, the first response many residents had was to crank up the AC.

“If we’re using air conditioning that is based on carbon intensive energy, then we are increasing greenhouse gas emissions, which in turn will increase heat,” she says. The same can be said for extreme cold weather, which leads some to rely on fossil-fuel dependent generators when the power goes out during winter storms.

Short-sighted solutions that harm more people than they benefit

Climate change currently affects low-income populations more than rich ones. That inequity will likely deepen over time, and maladaptation could be a part of that. The IPCC report shows that the harmful consequences of maladaptation are hitting already-vulnerable communities first.

When it comes to city planning, especially for nature-based solutions like blue and green infrastructure, Khirfan says wealthier communities get the main focus.

“Nature-based solutions are expensive,” she explains. “The logic for policymakers typically is a cost-benefit analysis. Investments go where the money goes, and we prioritize valuable assets, real estate that is valuable, and so on when we intervene.”

The investments shift the problems, like extreme heat and pollution, to neighborhoods with less greenery and higher population density. A study from 2007 showed how in Phoenix (America’s hottest city), neighborhoods in the lowest 10 percent of income distribution are on average 2.5 degrees Fahrenheit hotter than those in the top 10 percent. High-income neighborhoods are also the ones to be more lush with trees and greenery, the report found.

“The spatial distribution of these interventions are inequitable to begin with,” Khirfan says.

Another issue with maladaptation is that it often shifts one community’s climate problems onto another. For instance, a certain neighborhood in a city might be able to build dykes and flood walls—but the rainwater still has to go somewhere. Often, it ends up in an area with fewer resources and no way to take on these costly projects, Khirfan says.

These kinds of poorly planned strategies can lead to forced relocation or retreat, says Khirfan, which can have serious negative impacts on communities that are already struggling the most with climate change.

Systemic solutions that create problems that didn’t exist before

Some of the worst maladaptation policies can trigger new climate vulnerabilities for a group of people. Khirfan gives the example of water distribution in places like the Middle East. She notes that Amman, the capital of Jordan, has very low water security, which led the government to start piping in supplies from 190 miles away in the past decade. Now the taps are flowing in the heavily populated areas of Amman—but it comes with unexpected issues.

“It is impacting agricultural products and water security at the reservoir’s point of origin,” Khirfan says. “So you are creating a new type of instability for the community, and it’s a very short-term measure as well. It’s not renewable; it’s not sustainable.”

These kinds of interventions can also lead populations to make less sustainable decisions overall. For example, Ethiopia has plenty of water resources available, but they aren’t particularly well spread-out, says Schipper. When farmers in drier parts of the country are able to feed their irrigation systems, they tend to plant high-value crops that require a lot of water, instead of starting to prepare for when the resources will run out.

“It’s kind of like they haven’t adapted at all to the fact that there’s less water,” Schipper says. “Instead, they’ve gone the other direction. They’ve just adapted their behavior to the available ability of more water.”

In a similar vein, Schipper points out that agricultural insurance policies can also be maladaptive. If farmers are insured for their crops, she says, they might make riskier decisions with what they plant—which could open up a can of worms down the road when resources become even more scarce and communities aren’t prepared.

“[Farmers] may feel like they have more security, so they end up focusing on cash crops rather than drought-resistant subsistence crops,” Schipper explains. Water-retention and conservation techniques might also fall to the wayside if farmers believe they will be protected by insurance.

How can we adapt better?

The main thing that planners and leaders can do to avoid maladaptation is to listen to all groups of people—whether it be undocumented immigrants, women, or religious minorities. That means stepping outside of the NGOs and other organizations that typically make the climate-planning decisions, getting on the ground, and collecting local feedback to determine what the real root of the problem is. This is outlined as well in the recent IPCC report, which stresses a holistic view of increasing ecological stewardship, education, and inclusion in coming mitigation and adaptation techniques.

Reversing maladaptation won’t be easy, though. It requires a serious look at malpractices in current programs, like the climate financing from wealthy nations that continues to fall through. It’s also important to remember that no one strategy will fit everywhere—that’s the whole point of adaptation. What works in Rwanda might be a total disaster in Thailand, Schipper says.

The issues that come along with climate change are complicated—and the realities of frontline communities need to take precedence over easy, speedy solutions that make the rest of us comfortable.

“The onus is on us to pursue and include these people in the decision-making process,” says Khirfan. “I really think having a justice lens is essential.”