Heavy rain and extreme floods in the Austrian Alps are increasing the risk of landslides, but planting climate-resilient forests could minimize the damage. 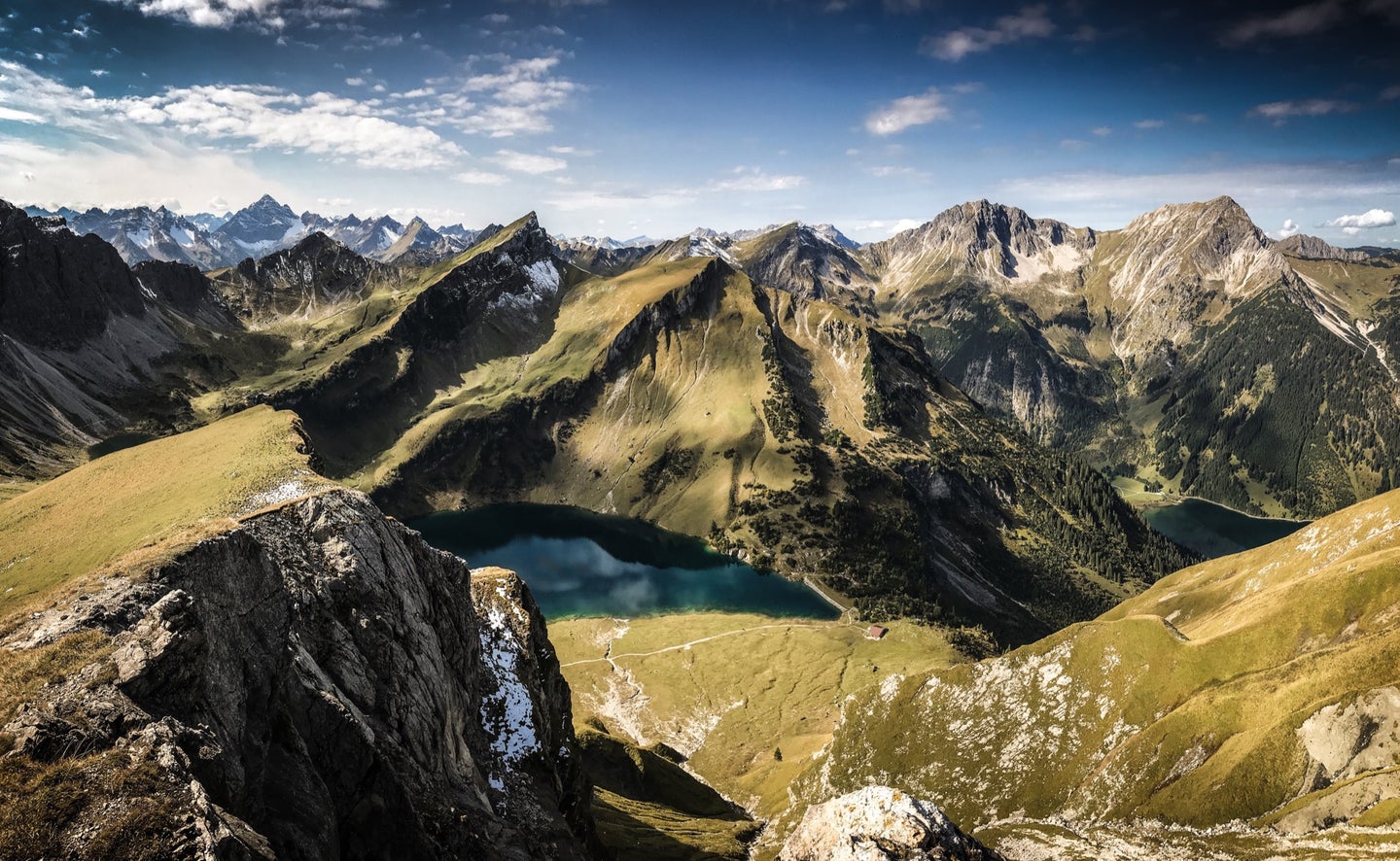 In late June of 2009, a weather pattern called a cut-off low brought three days of drenching rains to Austria, causing river flooding in the northern part of the country and landslides in the southeast. In one district adjoining the Austrian Alps, the downpours triggered more than 3,000 landslides that destroyed streets, houses, and agricultural lands and cost the state of Styria more than $14 million.

Disasters like this one may become even more damaging in the future due to climate change, a new analysis suggests. Scientists simulated how landslide risk in the Austrian Alps might change if a weather pattern similar to the 2009 event played out under several global warming scenarios. They calculated that the area struck by landslides could increase by up to 45 percent in the most dire situation. However, possible changes in soil moisture and planting climate-resilient forests across the region could combat these effects, the group reported on April 7 in the journal Communications Earth & Environment.

“There is a real risk that landslide hazard will increase in a warming climate in the [Alpines],” says Douglas Maraun, a climate scientist at the University of Graz in Austria and coauthor of the findings. “We investigated just one event, but you can take it in a way as representative for similar regions and similar events.”

George Hilley, a geologist at Stanford University who wasn’t involved with the research, describes the team’s approach as “quite clever.”

“It was also very interesting to see the kind of differences in hazard levels that would be wrought by these types of [weather] events under…the different scenarios that they explored,” he says. “In some of them the hazard level goes up with warming, and in some cases it actually goes down because of the complex interplay between the soil moisture and the rainfall intensities that would be expected in the future.”

Landslides can have many causes, including earthquakes, volcanic eruptions, human activities, and waterlogged soil. “When the soil is very wet it gets heavy, and then it starts sliding down if the soil is not really held together by, for example, tree roots,” Maraun says. The ensuing landslide may rush down a slope within a matter of seconds or creep a few inches per day, he says. Climate change is expected to make landslides more likely due to wildfires that burn up vegetation and destabilize the soil, erosion related to sea level rise, and more extreme rains.

In the Austrian Alps, Maraun says, rain is the main culprit behind landslides. Heavy snowfall during the winter of 2009 may have dampened the soil in the Feldbach district and primed the region for more severe landslides when the June storms arrived.

The 2009 landslides occurred in a region of the Alpine forelands—the land along the edge of a mountain range where sediments are deposited—that was roughly 30 by 20 kilometers (18.6 by 12.4 miles) in size. For the analysis, Maraun’s team included a plot of 200 by 200 kilometers, or 124.3 by 124.3 miles—which is twice as large as Lake Ontario.

Within the scenarios, the researchers examined how varying changes in summertime rainfall and in soil moisture prior to the event may interact to alter landslide risk. As temperatures rise the soil may become drier because warmer air can hold more water, Maraun says, causing evaporation to increase.

In a worst-case climate scenario with much heavier rainfall, landslides could pummel an area 45 percent larger than was affected by the 2009 event. However, drier soil could counteract this change and even decrease the size of the affected area. Similarly, in a business-as-usual world where the Alps experience heavier rainfall but have much drier soil, the affected area would decrease by 37 percent. And in the most optimistic climate scenario, the changes in rainfall and soil moisture would likely be minimal enough that the affected area would increase by less than 10 percent.

The researchers also found that changes in vegetation cover could limit landslide risk during a 2009-type event. Spruce trees have been planted throughout the Alpine forelands because they offer a fast-growing source of wood, but they’re vulnerable to the hot, dry conditions that climate change will bring. It’s likely that forest managers will replace these evergreens with hardier trees that happen to have deeper root systems, Maraun says.

[Related: Artificial snow might save a glacier in the Swiss Alps]

If so, he and his colleagues estimated, the area affected by landslides under the most extreme warming and rainfall possibilities would grow by only 37 percent rather than 45 percent. In the most optimistic climate scenario, the forests would actually offset the increase in landslide hazards.

“When you’ve got areas that have a very high risk of landslides…you could grow forests to secure the land and then you could compensate for the increasing risk [caused] by climate change,” Maraun says. However, the district is also an agricultural hub and land is needed for farms. Additionally, the region’s highest biodiversity is found in habitats that blend forest and meadows, so balancing land management with conservation will be crucial.

“The answer here can’t be that we just try to reduce the risk to zero by growing trees everywhere,” Maraun says.

Much uncertainty remains about how climate change will alter rainfall and soil moisture in the Alpine forelands and beyond. Still, applying the techniques used in the new report to other places could help managers make decisions about how best to prepare for landslides, Hilley says.

“These types of scientific studies have important applications for how we’re going to be able to cope with the changes in these hazard levels in the future and the strategies that we can use to adapt to them,” he says.