An Arctic blast is headed our way this week, and it’s earlier than usual 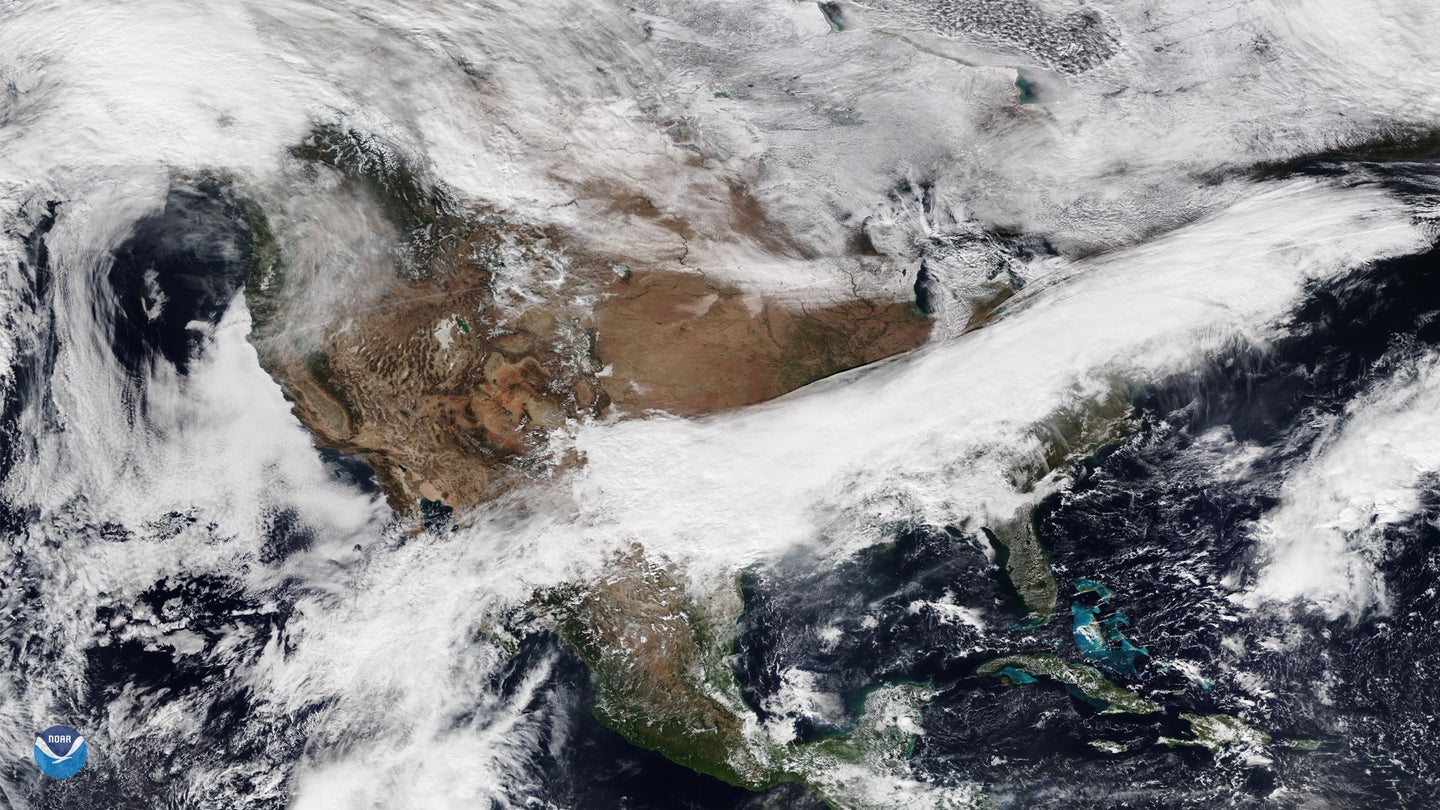 Frosty air from the upper latitudes will bring uncharacteristically cool weather to two-thirds of the US.
SHARE

It’s officially puffy parka time for much of the US.

A “blast” of chilly Arctic air is expected to pass over the eastern part of the country this week, bringing piles of snow from the Great Lakes to New England. The mercury will drop 15 to 25 degrees Fahrenheit below average, breaking a few records in the process. Areas of Minnesota could see sub-zero temperatures, while reports out of Texas show weather in the low teens. European countries are also bracing themselves for the blast.

Victor Gensini, an assistant professor of geographic and atmospheric sciences at Northern Illinois University, says this wintry burst is thanks to an air mass that usually hovers over the Arctic, but occasionally will make its way to the mid-latitudes because of jet streams.

“It’ll be the first blast of extremely cold air of the season,” he says.

This weather phenomenon isn’t exactly rare—the US actually experiences a few Arctic blasts each year. What’s different about this one, Gensini says, is that it’s a bit earlier than usual, making the eastern two-thirds of the country feel like they’ve hit January or February. He adds that the freeze may feel colder than it actually is, given that there won’t be much snow on the ground to remind people of the seasonal shift.

But the question is are these Arctic blasts the new pre-Thanksgiving norm? Drew Ellis, a professor of climatology and meteorology at Virginia Tech, says that climate change might play a role in making these cold masses more common. As the planet has gotten progressively toastier over the past few decades, the Arctic regions are heating up faster than mid-latitude countries and states. This weakens the north-south temperature gradient and polar jet, meaning cold air blasts are more pronounced and frequent. Without a strong pressure barrier, jet streams move and meander more slowly, disrupting the stratospheric polar vortex and pulling icy air south from a warmer-than-usual Arctic.

“These instances of cold air migrating southward are counter-intuitive to the idea of ‘global warming,’ ” Ellis says, but they show that the accelerated rate of high-latitude heating could lead to earlier winter weather in other parts of the world.

Still, Ellis says it’s questionable as to whether the Arctic blasts might get more intense. Gensini says that it’s hard to pin one freezing event on climate change, and that the research looking into the correlation between climate change and increasing cold blasts is still pretty new. The upshot goes both ways, however.

“A lot of people like to use these extreme cold events to combat the narrative that the planet is warming,” Gensini says. “The reality is, just because it’s cold in one location, like Chicago, New York City, or Washington, DC, doesn’t mean anything about what the long-term climate is doing.”

All the way up in the Gulf of Alaska and the northern Pacific, sea-surface temperatures are actually warmer than usual, Gensini says. When that water heats up, it creates a “rollercoaster” of weather, resulting in an odd mismatch of forecasts. It’s why parts of the Eastern US might see lower temperatures than Alaska this week, he says.

If you’re on the map for the latest bout of unseasonably frosty winds, Ellis suggests preparing like it’s early December: shield sensitive plants, dress kids warmly as they head off to school, shelter pets and sensitive animals, and shut off external plumbing to prevent frozen pipes. In other words: “Think ‘winter’ rather than ‘fall’ for a few days.”