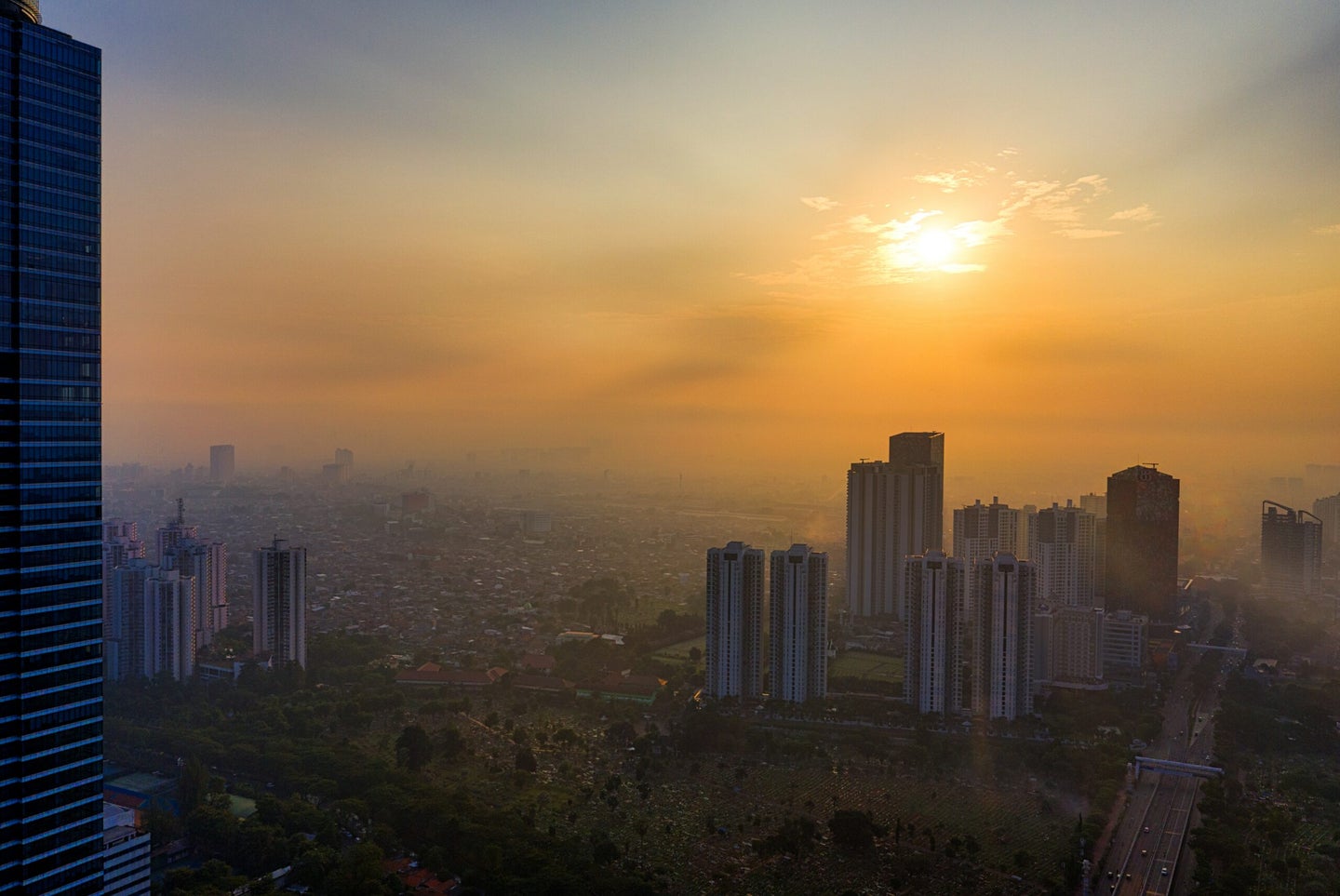 Jakarta, Indonesia, is at high risk of being underwater this century.
SHARE

When you hear how many people are living on land that might be underwater by 2100, you might wonder how we know exactly how high the sea level will be so far into the future. That kind of modeling is incredibly complex, and involves countless calculations and assumptions that influence the outcome. But you probably don’t wonder how we know the elevation of the land. In many parts of the world a quick glance at Google Maps can tell you how many feet above sea level you are at any given time.

But like anything we measure, our estimations of elevation are inherently error-prone. When you’re measuring how high a mountain is, being off by two meters (that’s 6.56 feet) it’s not a huge deal. But rising seas can make the same margin of error deadly for coastal areas.

When researchers at Climate Central used a new method called CoastalDEM to estimate the elevations of the world’s coastal areas, the number of people vulnerable to sea level rise nearly tripled previous calculations. The new projection suggests up to 630 million people live in places that could be underwater by 2100, with more than half of those slipping under the rising seas by 2050. They published their findings in Nature Communications.

It may be hard to believe our elevation data could be so far off, but consider how we get it. NASA’s SRTM model calculates the elevation of upper surfaces, not the actual earth itself, which means it’s especially inaccurate anywhere that’s either densely vegetated or populated, since there are physical objects protruding from the ground in both cases.

In places like the U.S. and Australia, high-quality LIDAR data enables us to see the actual elevations, but that data simply didn’t exist for most of the world.

CoastalDEM is essentially a neural network that’s trained by looking at the differences in the LIDAR elevations versus the SRTM elevations in the U.S. Across the country, SRTM is off by an average of 3.7 meters (12.1 feet), but peaks nearly a meter higher in coastal cities. By analyzing the patterns in these discrepancies, the CoastalDEM model can reduce the error in elevation data down to less than 0.1 meters (0.3 feet). The researchers then used a sea-level projection in line with IPCC findings to estimate how many people might be living on land that will be underwater in the near future.

These new estimates don’t affect everyone equally, though. As the map above shows, the vast majority of affected people will be in Asia. The authors calculate that more than 70 percent of people living on threatened land are in just eight countries: China, Bangladesh, India, Vietnam, Indonesia, Thailand, the Philippines, and Japan.

The change in risk based on this new research isn’t spread evenly around the world, either. Egypt and Cote d’Ivoire saw 428- and 708-fold increases, respectively—so high we had to adjust the graph below so as not to throw the entire scale out of whack. The next highest—Liberia—still clocked in above a 75-fold increase. Most of the countries poised to lose the greatest percentages of their land are island nations, 13 of which are still developing states.

Despite these massive upticks in the at-risk population, the authors note this could still be an underestimation. CoastalDEM isn’t perfect, especially in dense cities, so even more people could be in danger. Plus, the estimates are based on current populations, and the global count is likely only going up. If we continue living in coastal areas, we’ll likely see even more people at risk of losing their homes to climate change.