Carbon-capture technology comes on the scene 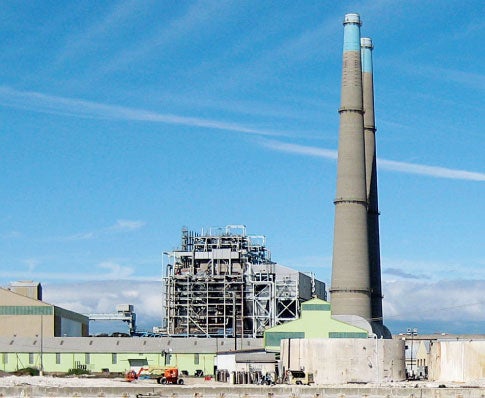 The Big Picture: Carbon-restricting legislation, if enacted, will discourage the use of coal, the dirtiest of all fossil fuels. Natural gas is cleaner but still emits carbon dioxide when burned. Both will be used for decades, but carbon-capture technology could clean them up until they can be replaced completely.

Electricity generation accounts for 35 percent of human-generated carbon dioxide emissions globally, and almost all of that comes from burning coal or natural gas. Production of cement — 2.9 billion tons of it worldwide every year — contributes another 5 percent of carbon dioxide every year. For the Silicon Valley start-up Calera, those are convenient facts. The company has found a way to slash emissions from two of the biggest greenhouse-gas sources simultaneously by turning carbon dioxide into the raw material for buildings and highways.

The basics are simple. Take the smokestack exhaust from a coal- or gas-fired power plant and run it through seawater. The carbon dioxide and other pollutants in the flue gases combine with magnesium and calcium in the seawater to form a kind of synthetic limestone. That material can then be processed into either cement or aggregate, the main ingredients in concrete and asphalt. The seawater, which is clean but depleted of magnesium and calcium, is sent back to the ocean. The technology is obviously best suited to the coasts, but inland, briny water drawn from overtapped aquifers could replace seawater.

Calera’s process has a side benefit that could make it particularly attractive to the owners of existing coal- and gas-fired power plants: It traps the so-called criteria pollutants — sulfur dioxide, nitrogen oxides, particulates, heavy metals — that the Clean Air Act requires power plants to “scrub” from their smokestacks by 2012. Roughly half the plants in the U.S. haven’t complied with the law, because of the expense and the fact that 20 percent of the electricity a plant produces would have to be used for scrubbing. Add a scrubber to separate out carbon — the most conventional route to clean coal — and you eat up another 20 percent. Total cost: $1.7 billion for a 500-megawatt plant. “If you own an old coal plant that’s already at 35 percent efficiency, you’re pretty much out of business,” says Calera CEO Brent Constantz. In contrast, he estimates, it would cost $400 million for a 500-megawatt plant to install his company’s technology.