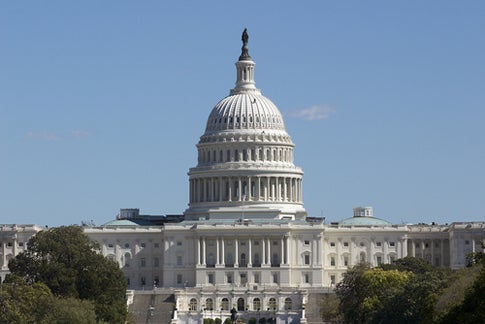 Now that every scientist who isn’t part of the lunatic fringe agrees that human greenhouse gas emissions significantly alter the world’s climate, the debate on Capitol Hill has shifted from science to policy. And that debate has proved even more complex than Congressional fights over the stimulus package, car company bailouts, and the decision to invade Iraq.

On Friday, the House of Representatives passed HR 2454, the American Clean Energy and Security Act of 2009, by a margin of 219 to 212, with three abstentions. The bill is the first legislative attempt to regulate carbon emissions, and the first bill to directly finger humans as the cause of climate change.

However, for all the revolution of the bill itself, its construction was politics as usual.

The slim difference between the yeas and nays resulted from the complex politics of climate change. To assuage fears that the regulation would negatively impact American business, HR 2454 became loaded down with payouts and caveats. This led politicians on both sides to attack the bill; Republicans saying it went too far, and some Democrats saying that the concessions mean the bill doesn’t go far enough. In fact, this may be first time that the Heritage Foundation and Greenpeace have agreed on anything.

The bill institutes a cap-and-trade system in the form of pollution credits, requires that all utilities generate at least 15 percent of their electricity from renewable resources by 2020, and requires companies to cut emissions by 17 percent below the 2005 level by 2020.

However, the bill also gives away 85 percent of the pollution credits for free, to oil, gas, and coal companies, places the distribution of carbon pollution credits in the hands of the pro-farm Department of Agriculture, and redistributes 2 percent of the money from the permits sold at auction back to oil refiners to help them cope with the changes.

In March, when the bill made it out of committee, the Washington Post and the Economist examined how concessions in the bill all but neuter its pro-environment goal. And that was before the rest of the House got a hold of the bill.

All that, and the bill still needs to make its way through the Senate. In fact, considering how contentious the bill was in the House, HR 2454 may become the first test of the Democrats newly minted, filibuster-proof majority. That fight in the Senate will no doubt provide yet another chance for tree-hugging hippies and anthropogenic-global-warming-denying flat-earthers to duke it out over the future of energy.