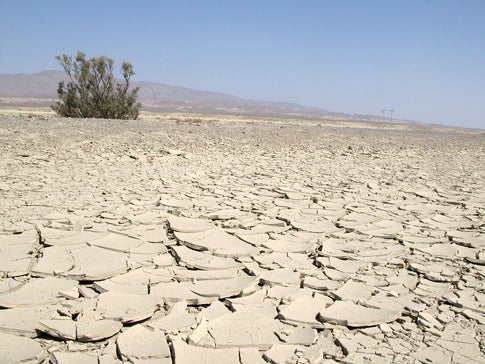 In anticipation of a new United Nations resolution on climate change and security, two new reports and a statement from twenty Nobel Laureates highlight the direct impact of climate change on the world’s most vulnerable populations. And the news is decidedly not good.

The first report, published by the International Organization for Migration, an intergovernmental organization funded by 125 countries to the tune of $1 billion a year, claims that climate change will produce 200 million refugees by 2050. The report concentrates on people fleeing regions struck by drought, but the New York Times story about the report focuses instead on island nations that are sinking into the sea.

The second report, courtesy of The Global Humanitarian Forum (GHF), a humanitarian organization founded by former UN chief Kofi Annan, calculates the deaths that result from the spread of disease, malnutrition and natural disaster caused by climate change. The report estimates that 300,000 people die every year from climate change related problems, with 300 million people already suffering from food shortages and expanded disease ranges. CNN has this story, and mostly just parrots what the report says.

Interestingly, the CNN story does note that the GFH report’s dire predictions are based on a 0.74-2 degree Celsius change in climate. In a recent MIT study, change that small was listed as the BEST case scenario. Assuming both the GHF report and the MIT study are accurate, that means even if governments do all they can to reverse climate change and its effects right now, food prices could still rise by twenty percent over the next twenty years.

Underscoring these reports is a recent memo by twenty Nobel Prize winners urging governments to take the action needed to limit temperature change to a two percent increase over pre-industrial levels. According to the report, that would require a cut of carbon emissions by five to forty percent below 1990 levels by 2020.

The Nature News story singles out the United States as requiring particularly drastic action. The story compares Germany, which has already promised to reduce its greenhouse gas emissions to forty percent below 1990 levels by 2020, with the US, who’s new climate change bill only pledges a decrease of 17 percent below 2005 levels by 2020.

And before everyone starts writing apoplectic comments about how this is just America-bashing from a hater-aide chugging Europe, it’s important to note that one of the twenty Nobel Laureates that signed the memo is US Secretary of Energy Stephen Chu. Chu told Nature News, “I hope we can deliver more than we’ve promised.” So now even the US government is saying the US needs to do more to cut carbon emissions (which, given that just a few years ago an official acknowledgment of its very existence was considered progress- and considering the numbers of people affected by this fact- is decidedly good).