An NAS workshop looks to offset the effects of global warming with intensive, large-scale engineering projects to intentionally alter the climate. Does anyone think this is a good idea? 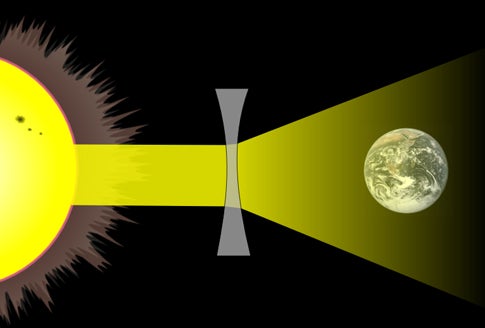 Ever since prehistoric man first set fires to drive game towards hunters and cliffs, humans have altered their environment for their own gain. No more so than in the years since the Industrial Revolution, when carbon emissions began to drastically alter Earth’s climate and atmosphere. And now that we know definitively that humans can alter Earth’s climate, some scientists have begun investigating ways to deliberately change the weather to offset the negative impact of a century of inadvertent human generated climate change.

The name for that deliberate, targeted climate change is geoengineering, and its on the mind of everyone from the National Academy of Sciences to Barack Obama’s science adviser.

On Monday, the National Academy of Sciences held a workshop on geoengineering, following an interview where White House Science Adviser John Holdren recommended increased research into the subject. While the scientists at the workshop agreed that it was possible, there was disagreement about when to start testing the ideas, and whether or not the cure might be worse than the problem.

According to National Public Radio, one of the more popular ideas involves seeding the sky with sulfur particulate to reflect the rays of the sun and cool the Earth. This solution mimics the changes in climate that follow large volcanic eruptions. In a recent article, The Atlantic Monthly deemed this the “Blade Runner scenario,” and listed some other possible geoengineering schemes, including pouring huge amounts of iron into the ocean to encourage carbon-absorbing algae blooms and using a fleet of 1,500 ships to churn up seawater to create more light reflecting clouds.

As Matt Springer at ScienceBlogs notes, no one is sure if any of these plans will work, if geoengineering is even legal, or what unintended nightmare consequences may result from wholesale disruption of the Earth’s carefully balanced ecosystem.

The global warming that results from man-made carbon emissions has shown that we can profoundly alter the climate. But the scientists interviewed in all those articles seem torn by the question of whether or not more human generate change is the appropriate, cheapest, and safest way to address the climate problem.