Augmented reality apps that help you explore the world

Unlock hidden knowledge and virtual monsters all around you 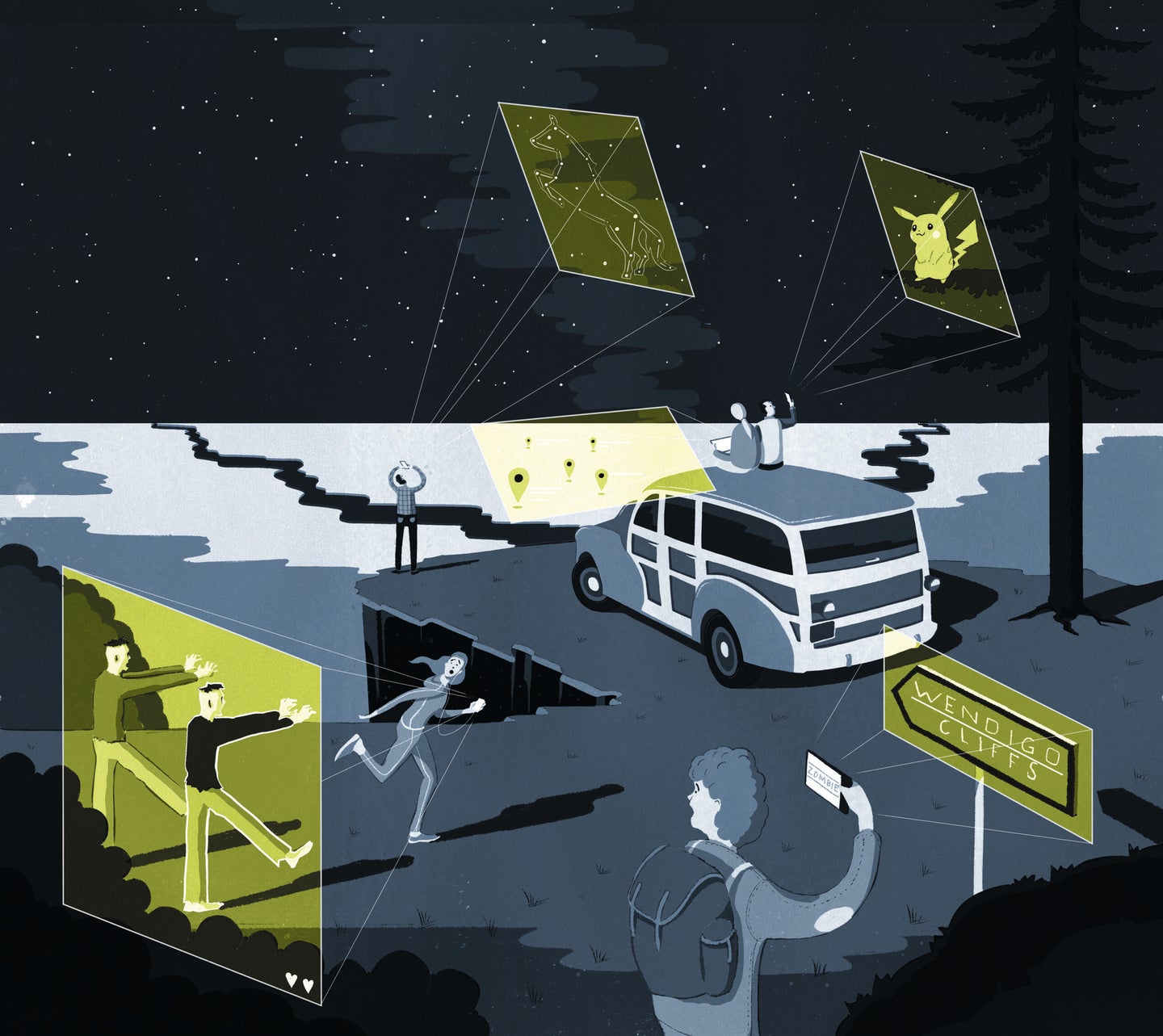 Last summer you may have bumped into the reverent heads-down multitude clogging streets. They were playing Pokemon Go, the app version of the ’90s video game. A cool 45 million players downloaded it and wandered off on a global scavenger hunt. The goal: catch the game’s 151 monsters while learning facts about local landmarks as you go. Free + In-App Purchases, iOS and Android

Stumped on a great place to eat or shop? Field Trip is a travel discovery app that’s better than a crumpled list from your smartypants friend. It taps into sites like Thrillist, Zagat, and Eater, and uses your current location to show you photos and reviews of nearby locations. Or you can let the app alert you to notable spots while you’re out. It’s like having your smartypants friend in your pocket. Free, iOS and Android

Lost in the woods? Or just looking to learn a little something while you hike? Your inner explorer deserves a truly mobile multitool. Spyglass turns your smartphone into a compass, gyrocompass, sextant, star tracker, and more. Use the altimeter to see how high you’ve climbed. Or let the range finder determine the exact distance of a far-off landmark before you set out to explore it. $3.99, iOS

Running is great. Running from zombies is even better. In Zombies, Run! you can set your route, then run for your life. Listen to characters babble about the apocalypse as you collect in-game items and the undead rise up around your jogging route. You won’t even notice that you’re training for a 10K. It’s survival of the fittest (literally). Free + In-App Purchases, iOS and Android

We travel to lose ourselves, but not literally. Deciphering street signs in a foreign language can seriously turn you around. Google’s Translate app is your raggedy pocket dictionary, all grown up. Point your phone’s camera at a some text, take a photo, highlight the words, and voilà—readable directions. Translate from 52 tongues when offline, 103 when online. Free, iOS and Android

This article was originally published in the January/February 2017 issue of Popular Science, under the title “Looking Glass.”