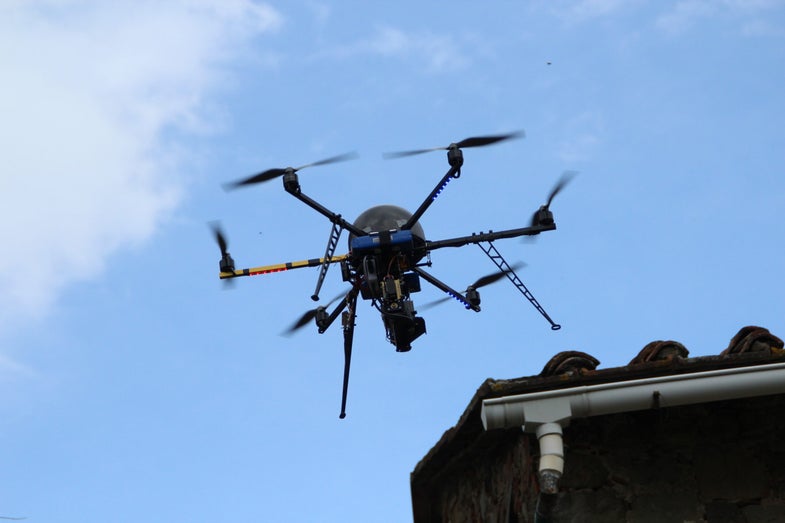 A lot of agriculture is bug herding. Predators and pesticides keep the bad bugs off, while strategically placed plants attract the good bugs. It’s a lot of work, but a student at the University of Queensland has figured out a way to get beneficial bugs right where crops need them, by dropping them from a drone.

The californicus mite is a bug that eats other bugs, and it is frequently used as an alternative to pesticides for combating crop-eating mites. In order to work effectively, the californicus mites need to be placed at a high enough density to make a dent in the population of the bad mites. To do that, Queensland agricultural science student Michael Godfrey used a drone to deliver and distribute a load of mites. Starting from a custom-built hexacopter, Godfrey attached a special container full of mites and then distributed them using a small, motorized seed spreader.

Godfrey’s Bug Drone has so far successfully delivered the good mites on a corn crop. Future testing goals include better controlling the distribution of mites, and monitoring the crops to see how well they do after paratrooping in beneficial bugs. It’s another exciting aspect of the robot-assisted farming of the future, and at least this one didn’t catch fire.