Germany May Have Driverless Trains By 2023

Deutsche Bahn chairman looks toward the future of transit 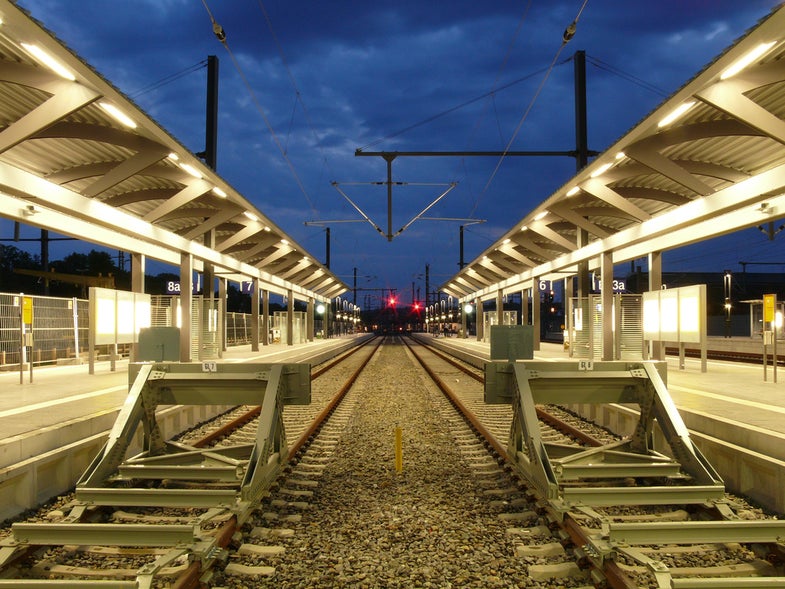 Germans are speeding toward a future of driverless trains. At least, that’s what Deutsche Bahn chairman Rudiger Grube has been telling German newspapers. He says that by 2021, 2022, or 2023, the German railway company, Deutsche Bahn, will have the technology and infrastructure ready for autonomous trains. And, it’s already preparing for it by working with the current human train conductors and their labor unions. According to Grube, the role of the train driver and train controller will merge together.

This is in line with another autonomous vehicle announcement Deutsche Bahn made in May, announcing plans to introduce self-driving cars. The idea is to remove the problem of the “last mile”: the self-driving cars would help bring passengers to and from the train or bus stop, and could be summoned via a mobile app. There is still a ways to go though, since autonomous cars are not yet regulated in the European Union.

According to RT, pilot tests of the autonomous train tech have begun on a test track near the Czech-German border.