Apple Removes The Gun Emoji, Replaces It With A Squirt Gun

A new update to iOS brings a host of emoji changes 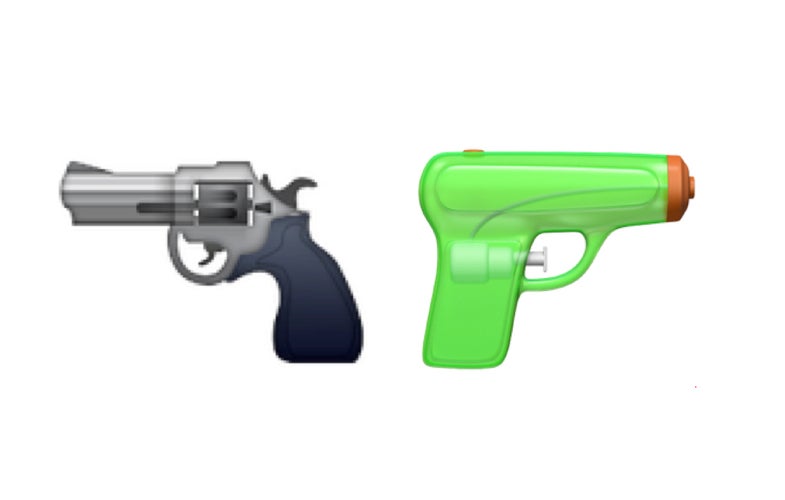 Apple’s latest software update for the iPhone and iPad features one of its subtlest but most symbolically significant design changes yet. iOS 10, which will be available for free download this fall, removes the revolver emoji and replaces it with a squirt gun.

The change is available now to developers who download iOS 10 beta 4, although I should note that software is not designed for the general public, but rather app creators looking to get their own software ready and working in time for the fall release of iOS 10.

But if you do install iOS 10 beta 4, the revolver is gone and a green squirt gun with an orange tip appears in its place. The squirt gun emoji change comes alongside “more than 100” other changes to Apple’s emoji, including more options for skin tones, more women in diverse professional roles, and more detailed characters. In one example, the “Running Man” emoji appears more 3D.

On its website, Apple says it wants to “ensure that popular emoji characters reflect the diversity of people everywhere.” And with millions of people using emoji in their daily communications, even the smallest changes will have significant impacts on our conversations. Apple’s stances on emoji can’t help but have political ramifications, in other words.

In this case, the change to the squirt gun emoji comes nearly a year after a social media campaign called #DisarmTheiPhone was launched by advocacy group New Yorkers Against Gun Violence, with the goal of pressuring Apple to drop support for the revolver emoji.

The campaign was launched in summer 2015 on social media by New Yorkers Against Gun Violence.

Previously, Apple was reported to have pressured the emoji masters of the universe —the Unicode consortium, an international standards body — to drop plans to add a rifle emoji to the set.

It seems Apple’s latest changes go a step further than that. We’ve reached out to the company for further explanation on why the revolver/squirt gun emoji swap in particular, and will update when we hear back.