It's a bold move toward more affordable medicine 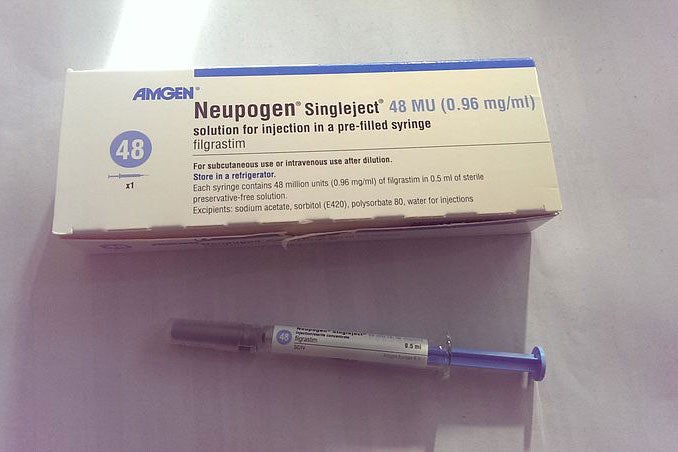 The Federal Drug Administration approved the first biosimilar product in the United States on Friday. The drug, Zarxio, is now permitted for use in chemotherapy treatments to help patients’ bodies produce white blood cells. Zarxio is the generic version of the biologic drug Neupogen.

Biologic drugs are larger and more complex than other pharmaceuticals, because they’re built by living organisms–usually cells in a petri dish. Pharmaceutical companies typically patent those cellular factories, so generic companies have to use slightly different cells to make their drugs. The resulting medicines are similar in composition, but not identical–hence the term ‘biosimilar’. Until now, biologic drugs have faced no generic threats because there wasn’t a clear way to regulate the copycats. The FDA said in a news release that biosimilars must have “no clinically meaningful differences in terms of safety and effectiveness from the reference product.” But because the drugs can’t be completely identical, the agency allows for minor differences in inactive compounds.

Novartis gained support for its drug Zarxio back in January, when an FDA panel recommended the agency approve the drug. Amgen, which makes the original drug Neupogen, is developing a biosimilar as well, and has been supportive of the competition. ExpressScripts estimates that the generic version could save cancer patients a total of $5.7 billion over the next 10 years.

The Wall Street Journal lists a number of other biosimilars that are in development or awaiting FDA approval. Overall, there are at least 11 potential biosimilars seeking FDA approval: If all get approved, patients could save $250 billion over the next decade.

Biosimilars have been available in Europe since 2006. In our “Year In Ideas” package, Popular Science predicted that 2015 would be the year biosimilars would hit finally the U.S. market, and we’re happy to report that we were spot on.