Welcome to the third and final installment of my sleep series, in which I explore whether the organisms I talk... 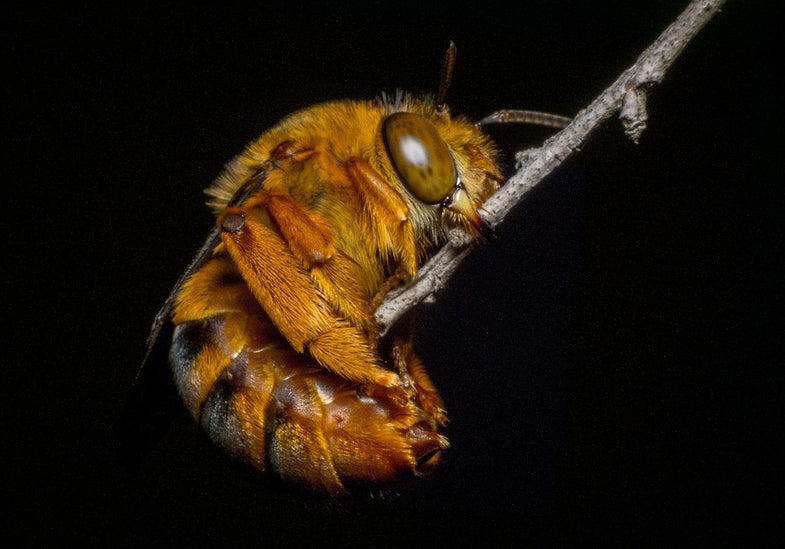 Welcome to the third and final installment of my sleep series, in which I explore whether the organisms I talk about most on Our Modern Plagues sleep. I’ve already covered plants and microbes (which don’t actually sleep, but do have fascinating circadian behaviors). Next up: insects.

So, do insects sleep? Finally, we have a match: yes, yes they do. Unlike plants and microbes, insects have a central nervous system, which appears to be an important characteristic for sleep. They also have interesting circadian behaviors, which govern when they sleep and when they wake up.

Some insects are active at night to take advantage of stealth dining. Cutworms eat leaves when the sun goes down to avoid birds and other predators, and bed bugs usually feed at night to take advantage their meal as it sleeps (that’s us). By comparison, insects that forage for their food in the daytime, such as various bee species seeking out pollen, are on the opposite circadian cycle. Which makes sense if the flowers they pollinate close up at night.

Science first defined sleep in insects in 2000 when separate research groups led by the Neurosciences Institute in California and the University of Pennsylvania published reports on sleep in the fruit fly.

Both groups found that the flies exhibited key features of sleep. For example, flies at rest were harder to startle than those that where active, just as it’s harder to get your attention when you’re snoozing on the couch than when you’re up and moving around. And if the scientists kept the flies awake at night by periodically tapping their container, the flies had to make up for it with extra rest just like you have to take a nap after pulling an all-nighter.

The below gif shows sleep-deprived flies on the left and a control on the right. The sleepy flies are resting, even though it’s a time of day when they’d normally be awake (video by Julie Williams at UPenn).

More recent research has shown that caffeine can mess with the fruit fly’s sleep cycle (just like us!), and that the cycle is also influenced by sex and age. Researchers have also studied sleep and circadian rhythms in many other insects, from tracking how honeybees nap to changing the circadian rhythm of a cockroach by transplanting a bit of the brain of another roach entrained to a different daily cycle.

So why do we care, other than the fact that this stuff is super cool? Studying both sleep and circadian cycles in a relatively simple organism like a fruit fly or a bee can give us insight to these behaviors in general, from the relevant molecular pathways to the genes involved. There also may be ways to control pest insects by exploiting their circadian rhythms. Since circadian cycles help regulate metabolism, for example, pesticides may work better at certain times of the day.

And that concludes our brief tour of sleep in plants, microbes, and insects. I leave you with this adorable video of a sleeping bee (you’re welcome):

“The Mystery of Sleep: Keeping Flies on the Clock,” Penn Medicine.