Why Do Humans Have a Fear of Insects? 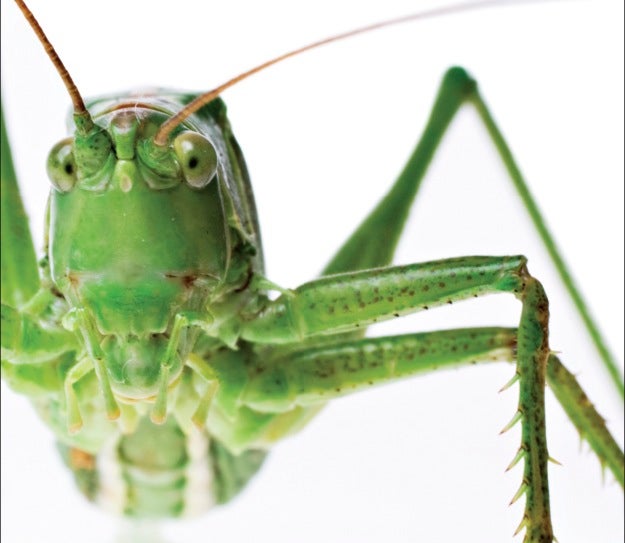 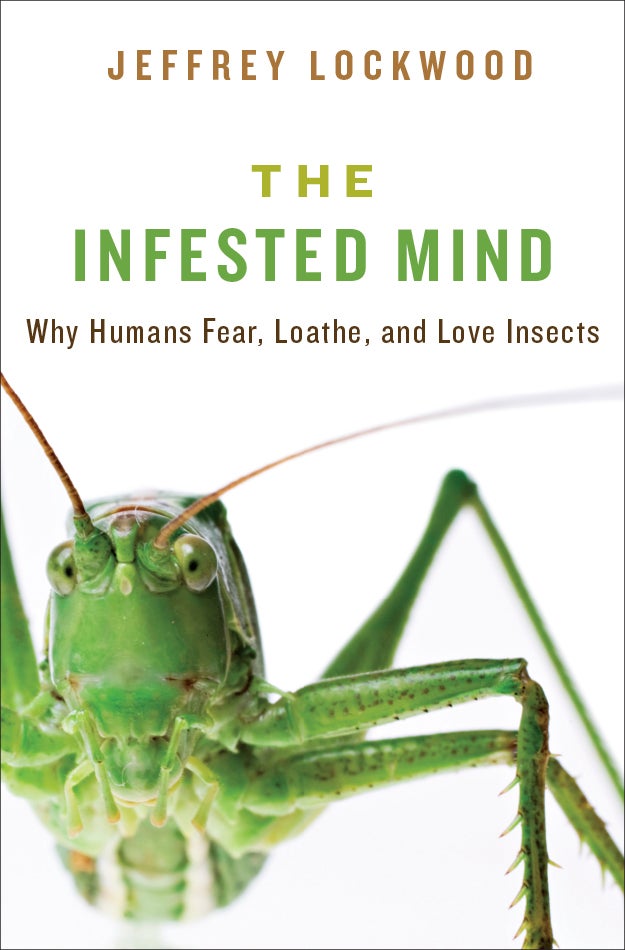 Why do so many people have a fear of insects? Is it ingrained, or a byproduct of modern culture? Jeffrey Lockwood, an insect ecologist and philosopher at the University of Wyoming, tries to answer such questions in his new book: The Infested Mind: Why Humans Fear, Loathe, and Love Insects__.

Last summer, I read the galley of The Infested Mind during research for my own forthcoming book on bed bugs. On October 7th, Lockwood and I talked about grasshopper swarms, bed bugs, and our emotional response to such creatures. Here is an excerpt of our conversation, edited for clarity and brevity.

Your book is about our complex psychological relationship with insects. What led you to write it?

I suppose what led me to it was described in the prologue of the book, which was a particularly disturbing encounter with an enormous a swarm of grasshoppers in Wyoming. I had worked with insects for years and grasshoppers for a very long period, but [in this instance] their numbers and behavior and their overwhelming capacity conspired to generate a panic attack, which was extremely disturbing for me. I’d never had such a reaction to insects, or to grasshoppers in particular, until that time.

As an academic, it was a matter of trying to figure out what the heck had happened—where that response had come from. That is what got me launched into the general direction of inquiry, and of course it led into all sorts of nooks and crannies of the human psyche before I was done.

That opening scene especially struck me. I was similarly inspired to write my bed bug book after getting the bugs three times in New York City. I’m curious why you were drawn to examining your own fear by writing a book—by diving into the very topic that had made you so uncomfortable, rather than turning away from it.

I think a big part, upon reflection, is that this response of being overwhelmed or suffocated or incomprehensibly outnumbered was actually the adult manifestation of a sensation I’d had since I was a child in a series of nightmares. It’s always been part of my personality to have this dark fascination with the sublime—this capacity to be both drawn toward and terrified by certain things in the natural world, especially with enormous numbers and scales. I remember looking through a telescope as a kid to look at the stars and into space and having that feeling well up in me. If this had been a one-off event, I think I would have been able to set it aside, but I had a sense there was something deeper in my personality and history that had been brought to the surface by this particular encounter [in Wyoming].

I initially felt more disgust towards bed bugs than fear, but in working on my book it gave way to fascination. I wouldn’t want bed bugs again, but I now have a couple of containers of dead ones—samples from an entomologist—sitting on my desk and they don’t bother me at all. Did your book cause a similar shift in your psychological response to swarms of insects?

I think it did. It took intellectually working through what had happened. Without knowing the terms or the framework of cognitive behavioral therapy, in a sense I applied that practice to myself and managed to work through my reactions. Then I took it to the acid test, which was entering a swarm of locusts in Australia and finding myself fascinated and maybe enchanted by what was going on. Maybe even disoriented. But the fear wasn’t there. The terror wasn’t there.

The insects had never bothered me one at a time or in small numbers. It was the overwhelming scale that had been so disturbing. But again, by sort of systematically processing that experience, its origins in me, and its origins in the deeper human psyche, I can find a sort of a dark fascination with the enormity of these natural phenomena.

In the book, you unpack why we both fear insects and feel disgust towards them. Why do you think these are the main emotional responses that people have to insects?

I think it is a two-fold answer. One, I think evolution has set us up over millions of years of contact with insects and small scurry things for these creatures to draw our attention. And so I think we are evolutionary primed to be keenly aware of insects in our proximity.

But then, once they have our attention, how we respond to them I think is largely a matter of cultural influence. And of course, in the modern world we have very little experience with positive encounters with insects. Culture overlays our evolutionary tendencies. You could think of our fear and disgust of insects of being as a conspiracy of evolution and culture. And that is the state of the human mind at this point in our history.

More than half of the world’s 7-billion-and-counting people now** live in cities**, and that figure is projected to grow. How has this move toward urban environments impacted our relationship with insects?

I think now that we’ve moved into urban environments where close quarters and hygiene are at a premium, we find that the vast majority of our interactions with insects are negative in that they are the things that are invading our homes and our private spaces—our kitchens and bedrooms. It’s things like bed bugs and cockroaches and houseflies. Our encounters are most often with these undesirable creatures that are feeding off of the refuse of urban life.

In my own research, I’ve been struck at how fearful people are of bed bugs—more so, it seems, than blood-feeding insects that spread illnesses (bed bugs are not a known disease vector). I have my own thoughts as to why this is, but I’m curious if you also found this in your interviews and, if so, why you think people especially fear the bed bug.

I think you’re exactly right. I think people’s response to bed bugs is dramatically different than to mosquitoes, even though they both draw blood. And in fact, as you point out, a mosquito is most likely to leave behind a pathogen. I think it has a lot to do with the details of the bed bug’s interaction with us, and that detail involves the fact that they live continuously in our homes. And not even our homes, but our bedrooms, and not even just our bedrooms, but our beds and our bedframes. So it’s a kind of invasion that is much stronger than our sense of an encounter with a mosquito.

The bed bug crawls into our bed at night and feeds on our blood, and then disappears. We associate the bed with intimacy and vulnerability, and this is all happening at night without our awareness. They are almost an insect version of the vampire tale, and almost evoke that sense of creepy psychosexual invasion. And I think we have a cultural response. It’s just very different than the reactions we have to mosquitoes and other blood feeding insects that don’t have these particular habits or interactions.

What’s your next project?

I tend to perhaps work in threes. I have three sets of collections of essays on the relationship between human society, human culture, and the insect world, with Infested Mind as the third. Now I’m headed off in a very different direction looking at the role of the energy industry in shaping public discourse and in censoring speech of artists, scientists, teachers and others in the western United States. Wyoming in particular is providing some case studies. I’m thinking more broadly in terms of the ways in which corporations shape public discourse and in fact censor public speech in order to advance their interests, and the danger that presents to a viable democracy.

Thanks so much for your time and good luck with the book!