A six pack won’t make you a better runner, but these deep core exercises might

Your deep core muscles aren't visible, but they could prevent chronic back pain. 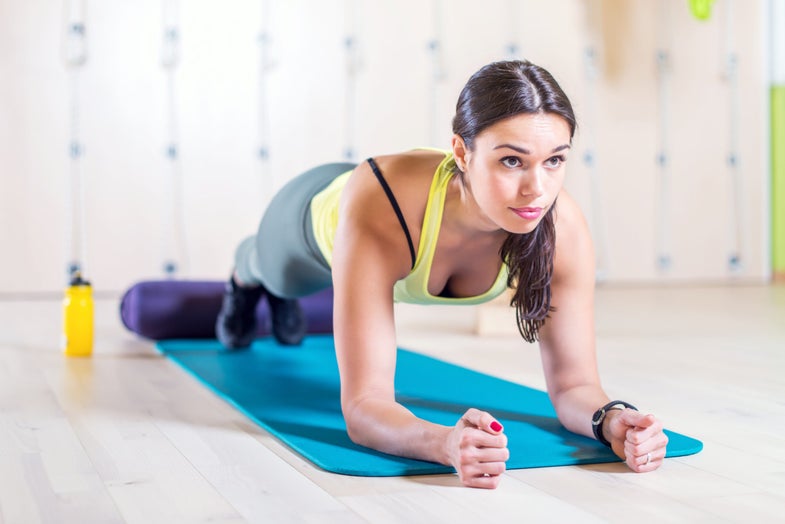 Most new runners assume that the best way to improve is simply to run greater and greater distances. While it’s true that going farther and faster will improve your running skills, most coaches and trainers will advise some level of strength training as well. Focusing on your core is a common suggestion. A recent study seems to back this up. In the Journal of Biomechanics, researchers investigated a symptom that has long mystified runners from novice to elite: A good chunk of runners, 14 percent to be exact, experience chronic lower back pain. The results of the new study seem to suggest that weak deep core muscles might be to blame. When these muscles aren’t strong enough, the study found, muscles on other areas of the torso kick in to keep the runner upright, eventually leading to back pain.

To understand the role that these muscles play, the researchers had eight volunteers with minimal running experience run along an indoor track. High-speed cameras and 3D motion detectors analyzed which muscles moved, and how much. Once they created a working computer model for each runner, the scientists simulated what would happen if certain deep muscles were weaker, or shut off completely. As it turns out, when a person can’t use their deep core muscles very well, their bodies still want (and need) to maintain a good running form, and uses superficial muscles to do so.

What’s wrong with that? A muscle is a muscle, right? Not exactly. While the superficial muscles are often targeted in workouts—they give you a six-pack, after all—they are pretty useless when it comes to supporting your spine. The deeper core muscles, which essentially lie beneath and can’t be seen from the outside, do all the heavy spinal lifting.

When you are pounding the pavement for miles at a time, you put a lot of pressure on your spine. If you’ve got strong deep core muscles, that’s no problem. If not, your running could eventually lead to chronic back pain. In fact, the researchers found that when they dialed down deep core muscle strength as low as it could go in their simulation, the load on each vertebrae increased—often by as much as 19 percent. It’s easy to see how that kind of pressure could add up to big problems over time.

If you’re staring down at your useless six pack in dismay, never fear. You can easily whip your deep core muscles into shape as well. The authors note that while many of the most popular ab workouts, like sit-ups or other exercises that involve a large range of motion, are pretty useless for your deep core, fixed exercises like planks or side bridges go a long way.

It’s important to note that even when you’ve made these muscles super strong, you won’t likely notice visible results. They’ll never give you washboard abs. But they will probably help you run better, and definitely help prevent potentially debilitating chronic back pain. So take a few crunches out of your rotation and throw a nice long plank in—or just do both.