Why endurance athletes hit the wall

Could a pill keep you going? 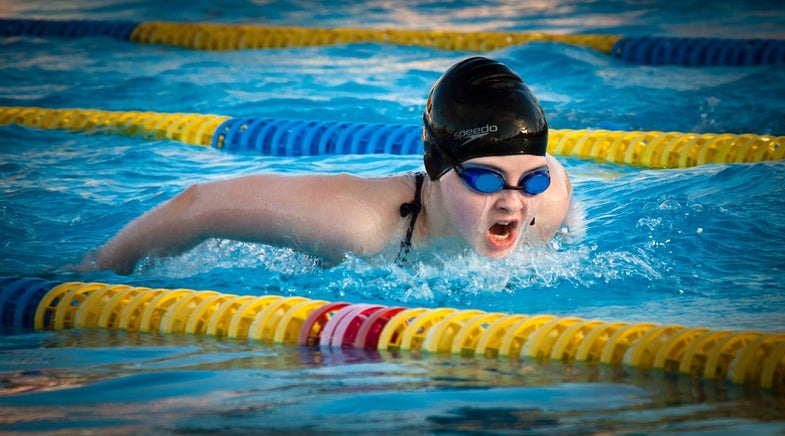 Whether you call it “bonking,” as cyclists do, or “hitting the wall”—the preferred term of runners and swimmers—reaching one’s physical limit is an unsettling experience. Those who’ve gone through it liken it to a bodily betrayal. No matter how much they wish to continue moving, or how their brain begs, wheedles, and cajoles, their body simply won’t budge. While researchers have known for a while that using up the body’s glucose was the culprit, a new study in the journal Cell Metabolism sheds additional light on the phenomena. By experimenting in mice, the study’s authors found a potential treatment for dips in performance.

Endurance athletes hit that proverbial wall because their brains run out of glucose, a simple sugar used for energy. While muscles can use either fat or glucose as fuel, the brain can only use the latter—and it takes time to transform that fast food burger you gobbled at lunch into glucose your body can use. So when we push our bodies to the limit, we tend to rely on glucose that’s already been stored in the body. If we exercise too hard, our body breaks those supplies down faster than we can replenish them—hence the bonk. Progressive training—gradually increasing the distance one runs or the weight one lifts over a period of weeks, months, and years—can help reduce the likelihood that you’ll hit the wall.

According to the new study, we can thank a transcription factor called PPARδ for this adaptability. Under normal circumstances, progressive training activates PPARδ, which triggers changes in muscle composition and increases the proportion of Type I muscle fibers. Type I (AKA slow twitch) muscle fibers are the powerhouses behind long-duration activities like marathon running. Earlier studies on transgenic mice with altered PPARδ, nicknamed “marathon” mice, showed they could run twice as long as conventional rodents. They were also able to burn more fat.

In the new study, researchers genetically modified mice by turning off the PPARδ transcription factor entirely.

“When we did this and then ran those animals on a treadmill, we found that the genes that are normally induced by exercise failed to be induced,” said study author Michael Downes, a researcher at Lausanne Switzerland’s Ecole Polytechnique Federale.

In doing so, they were able to show that PPARδ not only improves fat burning, but also reduces the amount of glucose that the muscles burn—extending how far a subject can run, swim, or cycle before hitting the wall. By ramping up glucose efficiency, a properly trained person can run longer, swim further, and bicycle more before burning down their glucose supplies. But in the case of these poor PPARδ-less mice, no amount of training could improve their athletic efforts.

Armed with this information, the researchers then fed a different set of non-active mice a class of drug known as an exercise mimetic—with the goal of activating their PPARδ. The mimetic increased fat burning in the muscle, and put off the effects of loss of blood glucose to the brain. When scientists stuck the slacker mice on a treadmill, they could run almost 70 percent longer—from 160 minutes to 270 minutes—without hitting the wall. The drug essentially mimicked progressive training, suggesting that the key factor to its usefulness isn’t underlying muscle changes but the activation of PPARδ.

The study—and the drugs—were tested on mice, not people. So there’s a limit to how much we can extend the results to potential applications in humans. And the benefits of exercise extend beyond the muscular improvements seen in the studied mice, so it’s not as if a similar treatment in humans would make us all healthy and buff with zero effort. That said, the results are a promising step towards improving endurance in people who can’t necessarily exercise to build up their strength—people sidelined after an accident, or with diseases characterized by a progression of muscular weakness or degeneration.