Time for an upgrade 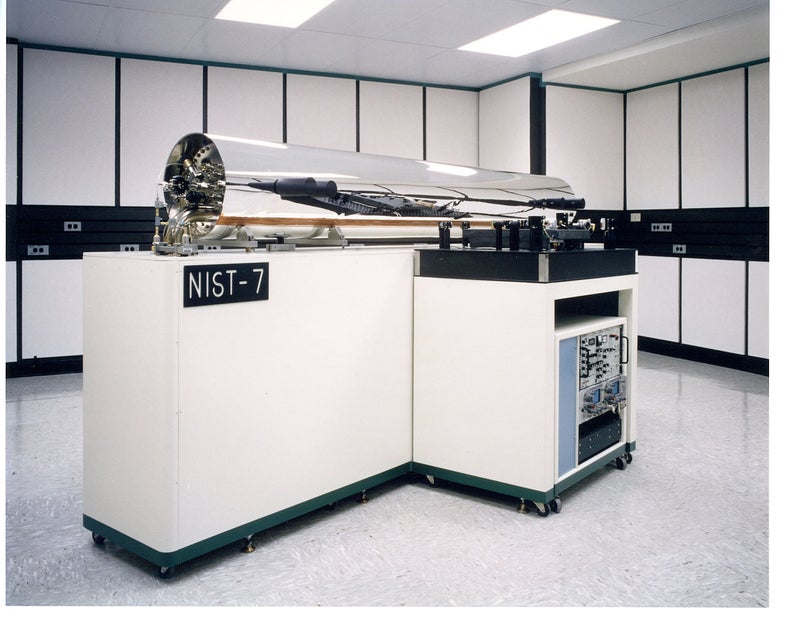 Seconds can make the difference between life and death on the battlefield. That’s why DARPA, the Pentagon’s future projects wing, wants better, portable atomic clocks, small enough to go into battery-powered devices. While GPS receivers can pick up the precise time from the satellites, when the signal is weak or absent, a local clock on the device can supplement the navigation, providing continuity. For troops navigating by GPS, better clocks on their GPS receivers means they go where they’re supposed to.

Current atomic clocks are relatively expensive, and come with large size, weight, and power (SWaP) demands. From DARPA’s description of the project:

To get better atomic clocks to troops, DARPA wants to take advantage of recent advances in atomic physics, like laser-cooled and magneto-optically trapped atomic samples, or radio-frequency trapped ion samples.

DARPA put out the request for this clock in January. This week, it awarded the first part of the contract, between $700,000 and $775,000, to California’s HRL Laboratories. The first phase of the project will take 18 months, and at the end of it, DARPA wants to see a working proof of concept. With luck, HRL labs will deliver it just on time.