The pilot who broke the sound barrier answers questions on politics, UFOs, and his legacy 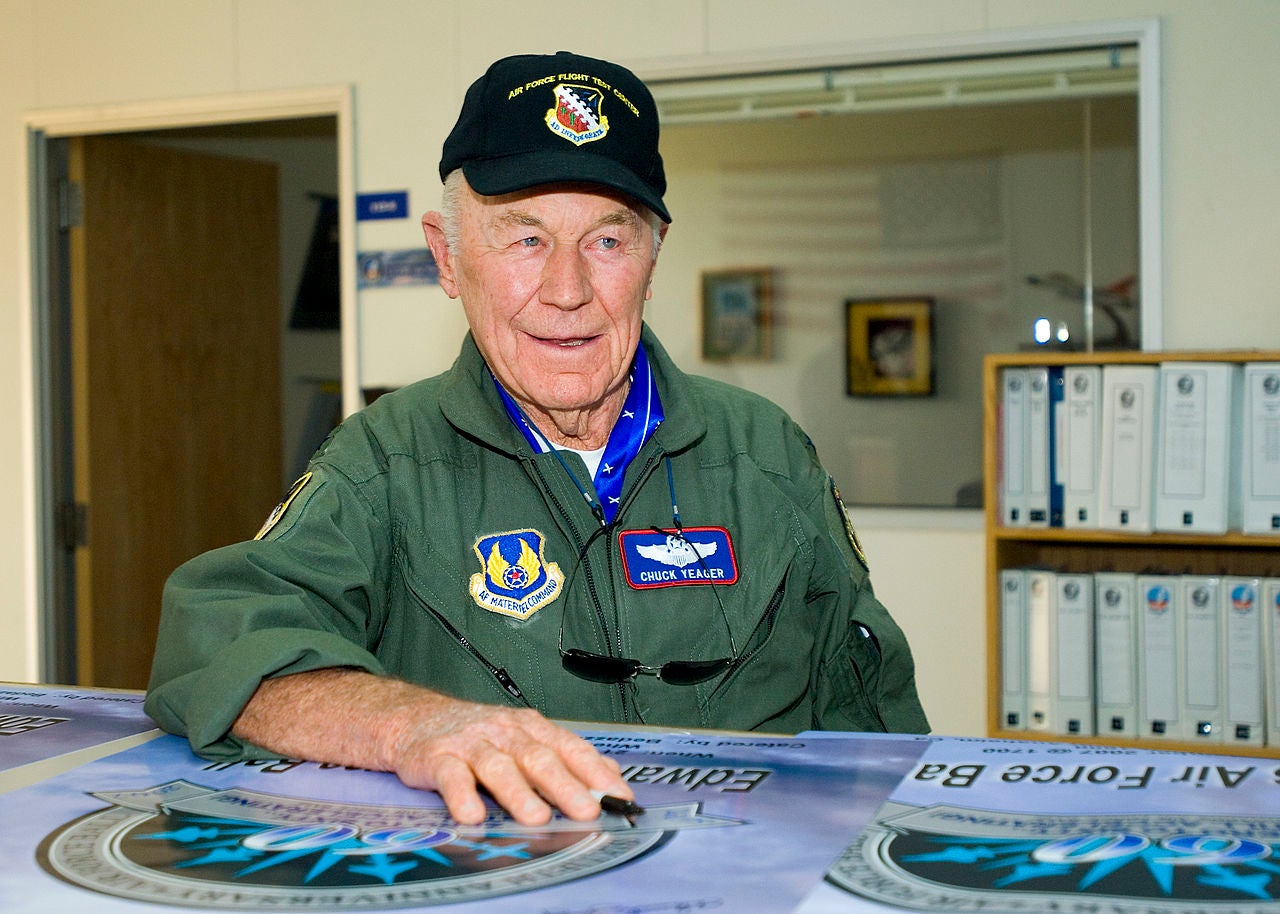 Old generals don’t fade away — they just get Twitter accounts. Brigadier Chuck Yeager is best known as the first person to break the sound barrier in level flight, when he flew the bright orange Bell X-1 into the history books.

Before breaking the sound barrier, Yeager became a fighter ace in World War II, flying over the skies of Europe. Afterwards, he had a long and distinguished career as a commander in the Air Force. Now, at the age of 93, he spends his time vying for the title of chief curmudgeon on Twitter.

In just the past few days, he’s become unusually active on Twitter, answering random questions from his followers — often curtly and unsparingly. For example. he’s not a fan of modern stealth fighters, be it the embattled F-35.

Nor the generally well regarded F-22.

Though call that into question, and he’ll fall back on his (admittedly impressive) combat experience.

When it comes to drones, he’s not ready to predict the future.

But he can see the merits of keeping pilots out of danger.

As for UFOs, Yeager has a pretty succinct theory for why other pilots saw them and he never did.

He’s also more than happy to wither rivals in a few, terse words. Asked about John Boyd, an Air Force tactician and contemporary of Yeager’s, this is all he had to say.

And his politics match those of a 93 year old veteran, disavowing democratic nominee Hillary Clinton while coming just shy of an endorsement of Trump

It seems there are some barriers he just can’t break.