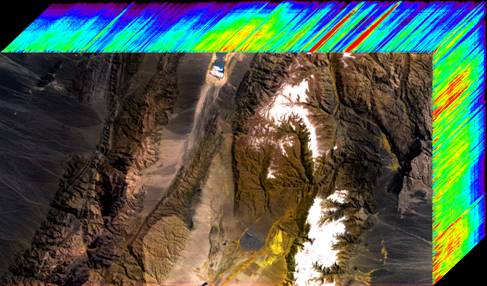 While SEAL Team 6 descended upon Osama Bin Laden’s compound in Abbottabad, Pakistan in 2011, they used hyperspectral imaging to gain an edge in nighttime urban combat. But China is soon bringing that advantage to space, preparing to launch the world’s most powerful hyperspectral imaging satellite. 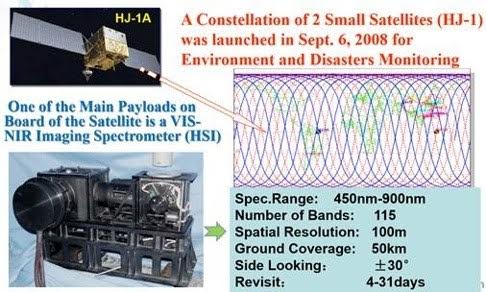 Many Eyes in One

Hyperspectral cameras, such as this one launched in 2008 on the HJ-1B microsatellite, share technology with spectrometers, which measure the material composition of objects through the unique signature that each material has to a certain EM wavelenght.

Electro-optical devices like cameras and infrared sensors generally observe only one band in the electromagnetic spectrum, i.e. cameras observe the band visible to human eyesight and infrared cameras view the infrared band. Hyperspectral cameras and sensors, on the other hand, can simultaneously view hundreds of electromagnetic bands for a single image, building a layered ‘cube’ of the image in different electromagnetic wavelengths. The use of such a wide range of wavelengths provides the ability to observe objects which conceal their emissions in one part of the spectrum (i.e. stealth aircraft and thermally suppressed engines) or are hidden (such as underground bunkers). 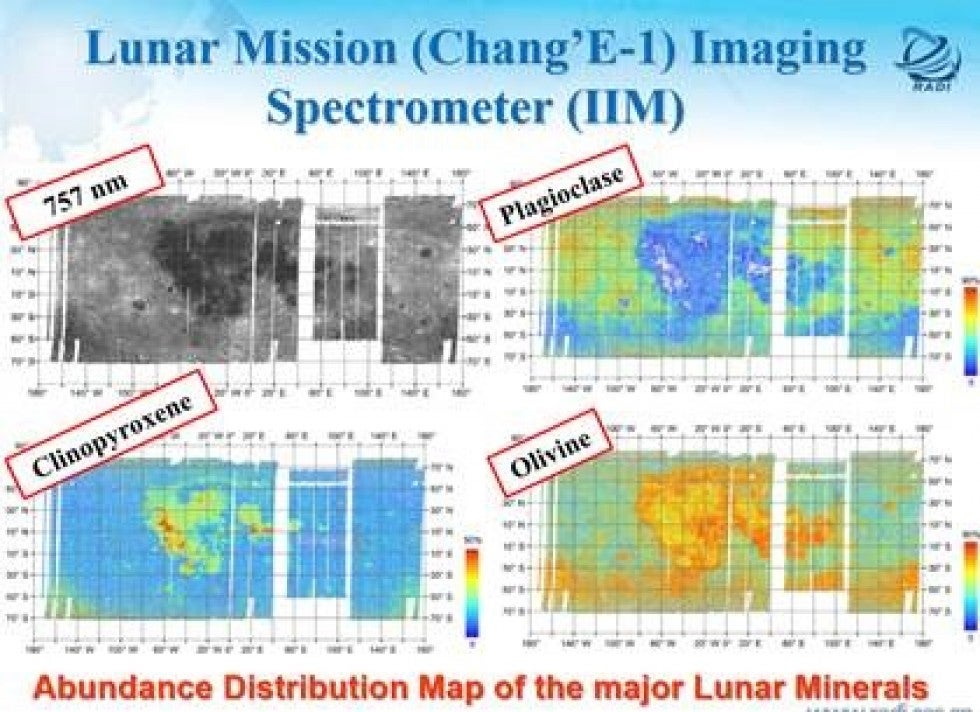 The Chang’e 1 lunar orbiter used a hyperspectral camera to identity different layers of mineral deposits in the lunar crust.

Since the 1970s, China has a strong history of scientific and civilian utilization of hyperspectral imaging. Space-based platforms include the Chang’e lunar missions and Earth-observation from the Tiangong space station and HJ-1 small satellite. Aircraft-mounted hyperspectral imagers are used for tasks such as environmental surveys, oil prospecting, disaster relief and crop measurement. As computer processing power improves and hyperspectral sensors get smaller, Chinese civilian and military applications are likely to expand. 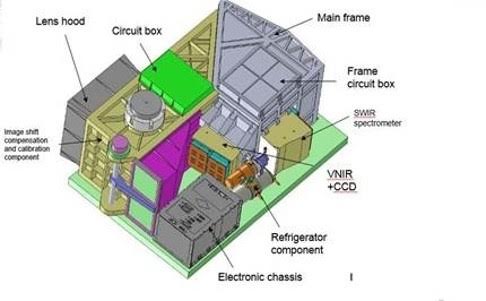 The CCRSS’s hyperspectral camera will be a powerful civilian one in orbit, with a 15 meter resolution across 328 electromagnetic bands, once launched later this year.

A key in this program is the China Commercial Remote-sensing Satellite System (CCRSS), to be launched later this year. It can collect data on 328 electromagnetic bands, offering very high resolution of up to 15 meters, according to the researchers from the Institute of Remote Sensing and Digital Earth in Beijing. In comparison, the U.S. TacSat 3, launched in 2010, collects several hundred electromagentic bands, though at a higher resolution of 4 meters. While it is being launched for commercial users, like most other Chinese earth-observation satellites, it would also be available for military use. 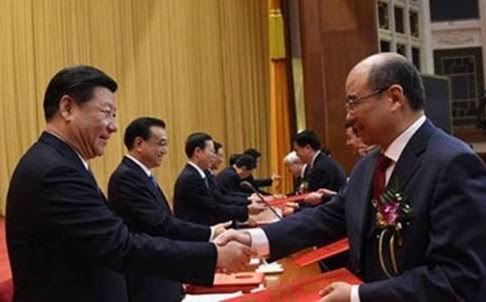 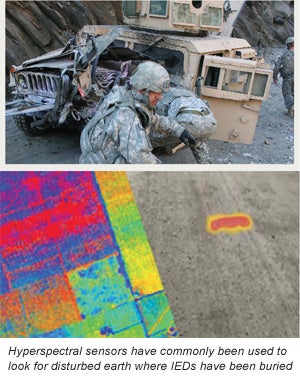 U.S. Army troops already use hyperspectral imagery (often obtained from aircraft) to locate hidden hazards like IEDs (across many different EM wavelenghts, IEDs and other man-made objects give off a different imagery from natural features).

Note: This is an updated version from original Jan. 25 post, reflecting the proper resolution of the TacSat 3. HT to Andrew Erickson for the aid.