Cryptocurrency millionaires are pushing up prices on some art and collectibles

The rise of Bitcoin and its ilk have seriously shifted some collectible prices. 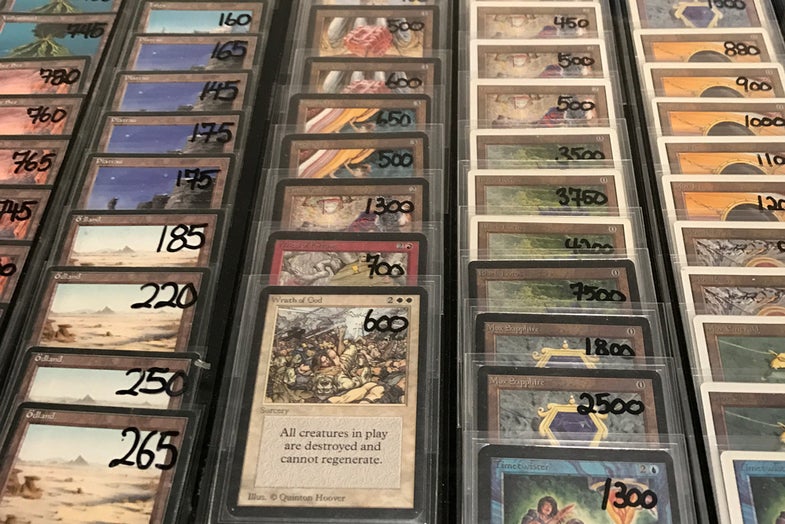 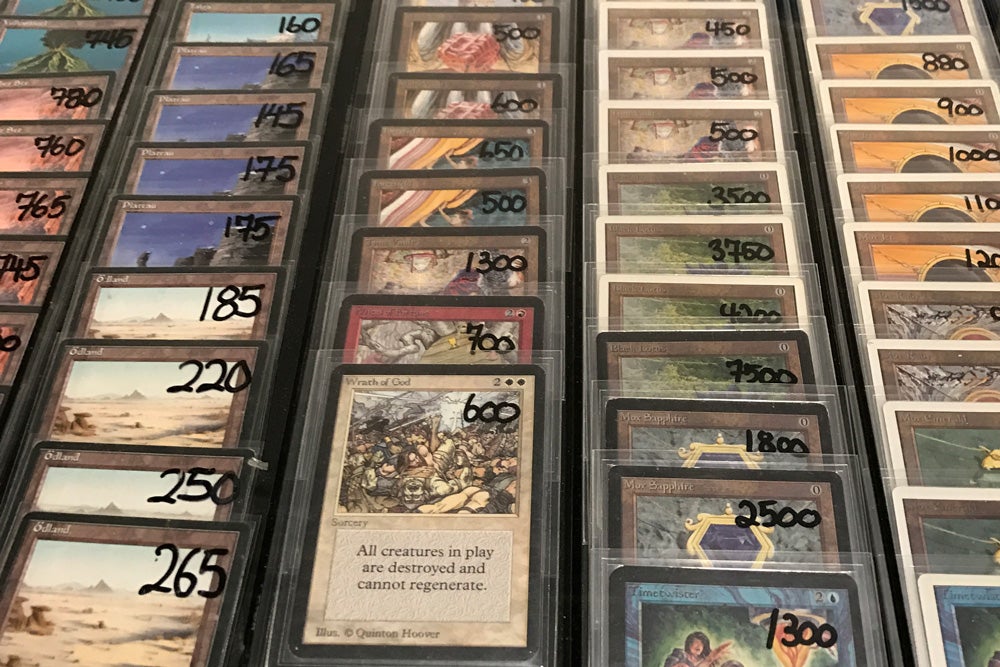 The numbers are prices in dollars. These cards get expensive.

Only 5 percent of people own Bitcoin, the most popular cryptocurrency, but that doesn’t mean it’s not affecting the rest of us. It’s increasingly obvious that the digital currencies are affecting very real world things, including the price of collectibles like art, cars, and trading cards.

Rudy the Magic Guy, a YouTube personality known for his insights into the collectible card game Magic: The Gathering, says that he’s seen the price of the most valued Magic cards jump as a result of cryptocurrency. The game, which is celebrating its 25th anniversary this year, compels players to accumulate cards to build decks they use to compete against other players. The cards are primarily sold in randomized packs or as single cards on the secondary market.

Between 1993 and 1997, Magic released a reserve set of cards that would never be reproduced, creating an instant collectible in the process. “In the last two years specifically, these cards have gone up substantially,” Rudy, who doesn’t use his last name, says. “There were a lot of cards that were $30 cards [a few] years ago, and now they’re $300 to $400.”

Rudy says that customers have told him about converting money made through gains in Bitcoin and other cryptocurrencies into U.S. dollars and using those dollars to buy Magic cards. “There are examples of individuals who made millions in the crypto and they’d chopped off hundreds of thousands and put into Magic cards and graded cards,” he says. Some of the buyers are motivated by nostalgia and a love of the game, Rudy says, but most appear motivated by the perceived stability of the card’s value. 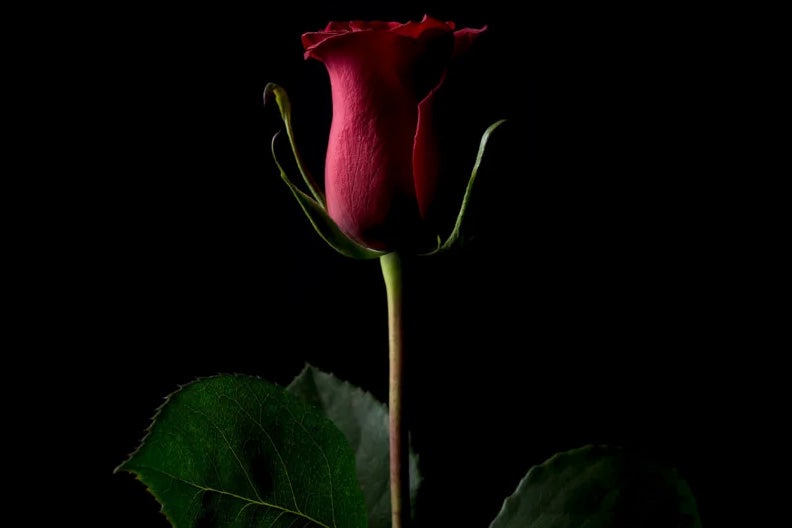 The Crypto Rose fetched a million dollars from a group of investors.

“More people are [realizing they aren’t limited to] stocks, bonds, and real estate. I can do collectibles, I can do crypto,” he says. For many, limited edition Magic cards will appreciate faster than a traditional investment—and won’t collapse like cryptocurrencies sometimes do. (Bitcoin’s value rose more than 1,300 percent over the course of 2017, but was punctuated by several striking downturns.)

Of course, Magic cards aren’t the only collectible changing in the face of cryptocurrency’s ascendance. On Valentine’s Day, a piece of “cryptoart” sold for the equivalent of $1 million. A rendering of a rose (or a “rose token”), which is perhaps the highest price ever paid for a piece of so-called virtual art. Experts predict the art industry will continue to change in response to digital currencies, with more virtual art being created and sold, and physical art being influenced by cryptocurrency and its status in our culture.

The car market is also feeling the crypto crunch. Established in 2015, Bitcar encourages customers to buy a small stake in a luxury vehicle. Options include Lamborghinis, Bugattis, and Ferraris. Bitcar buyers never actually drive—or necessarily even see—the car they invest in. Rather, the cars are stored and resold 5 to 15 years later. At that point, the initial Bitcar investors get a kickback, assuming the value of the car increased.

The crypto trend hasn’t affected every segment of the collectibles market, however. Douglas Mudd is a representative of the American Numismatic Association. The leading organization for coin collectors in the United States, the association deals not in Bitcoin, but the real, physical coins that have been passed around by humans for millennia. Mudd says that, while he can’t be certain, he doesn’t think crypto has significantly altered the market for coins.

He says that three things make the coin market different from other collectibles: the inherent value of physical currency and the sheer size of the coin collecting market. “Coins are valuable because they have gold and silver—intrinsic value—that is not there in comics or cards or what have you,” Mudd says. Magic is a fairly small market with a limited number of cards that dealers and collectors can readily track, coin collecting is much bigger, which obscures root causes. “Coin collectibles, that market, it’s enormous—hundreds of billions of dollars or more are traded just in the United States,” Mudd says. “Even if people started wholesale converting their crypto coins into collectible coins, it wouldn’t be detectable.”

Temperament might also be at play when it comes to which collectibles markets cryptocurrency can change. “For some reason the same type of personality traits seem to be connected between the investor in crypto and Magic,” Rudy says. “Magic is a very numerical strategy, with a lot of numbers, odds, and statistics.” Similarly, concerns about the trustworthiness of the U.S. government and the stability of traditional currency may also overlap between Magic players and crypto investors. When when describing himself and other Magic: The Gathering players, Rudy says, “I don’t have any [crypto]currency. I don’t even believe in the U.S. dollar. I believe in cards.”

Statistics and politics are not typically the motivations for coin collecting, by contrast. “They believe in tangible things,” Mudd says of the coin community. “So going into intangibles that you can’t collect, that loses some interest right there.” What’s more, Mudd adds, “coin collectors tend to be pretty conservative.” Magic players are products of 90s nostalgia, but coin collectors are older—the average age of an American Numismatic Association member is nearly 60—and they behave accordingly.

Of course, the individual fluctuations in collectibles markets will always remain most important to the collectors themselves and of little notice to those outside these bubbles. But it’s increasingly clear that crypto millionaires and even billionaires can have a big effect on conventional markets when they move their digital currency into paper dollars. If all goes well, it may be just a matter of time until Bitcoin finally comes for Beanie Babies.