Parking at the Click of a Button? If Garages Go High-Tech, There’ll Be No Valets to Tip

In the near future, drivers will be able to pull into a parking garage and click a button to let … Continued 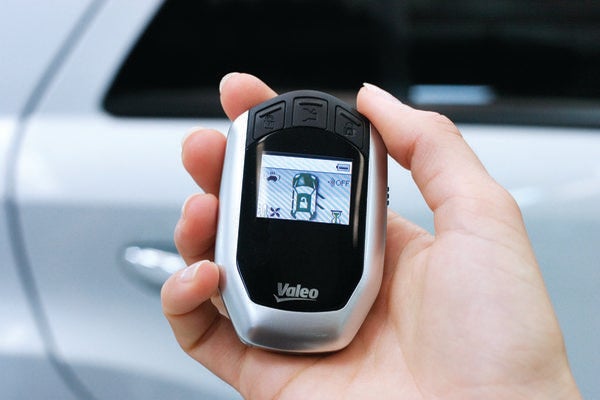 In the near future, drivers will be able to pull into a parking garage and click a button to let the car park itself.

So says Valeo, which has developed the technology to make this possible.

The French automotive supplier expects the technology to be in the market as soon as 2020, with at least one luxury vehicle already signed up to use it, according to an article by the automotive trade publication Wards Auto.

The system, called Automated Valet Parking, interfaces with another Valeo invention, a new application called InBlue that lets users unlock and turn on their vehicle with a smartphone rather than a key. With Automated Valet Parking, drivers hop out at the entrance of a parking garage, hit a button on their smartphone and go about their business as the car seeks out an empty space and parks itself.

The car sends a text message once it’s parked. Another press of a button on the smartphone calls the vehicle back when the driver is ready to leave.

Automated Valet Parking could also work in conjunction with a new “Smart Key” fob (pictured above) that will hit the market in 2016.

A more advanced version of the system, called Connected Valet Park4U, is designed for parking garages that will have technology capable of communicating with vehicles. The garage’s computer system sends information to the vehicle’s navigation unit about parking spaces that are available. The driver selects a spot, hops out, and hits a button on the smartphone. The vehicle then drives off autonomously and parks itself in the reserved space.

Both systems use a laser scanner, four cameras and 12 ultrasonic sensors scattered about the vehicle to detect static and moving objects. If they system senses a pedestrian in its path, it will throw on the brakes.

Though mass adoption of fully autonomous cars reamins a distant proposition, systems like Valeo’s Automated Valet Parking are the stepping stones to a future where cars will drive themselves.