Who Loves LED Lights? The Nobel Committee — And Flying Insects

This love affair has the potential to disrupt a number of insect ecosystems. 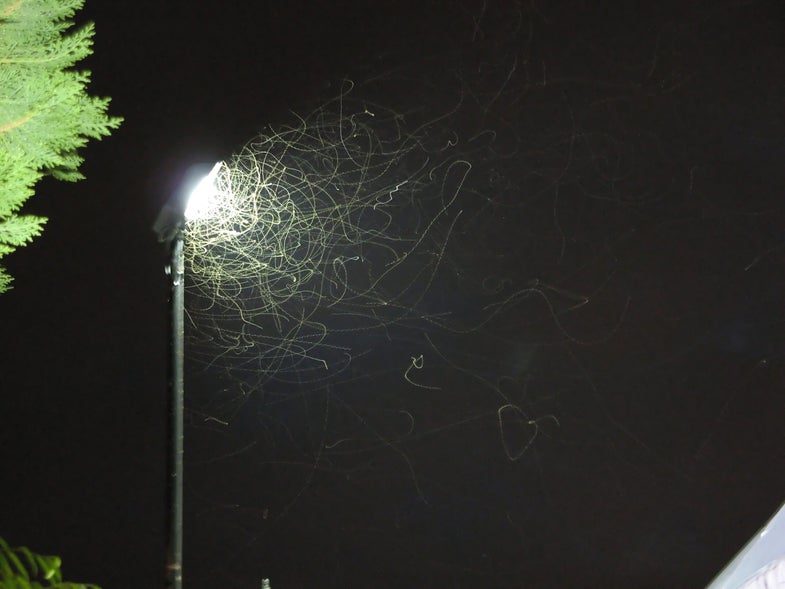 Humans love their LEDs. So much so, they’re winning Nobel Prizes in physics. Given their electrical efficiency and long lifespan, these remarkable light-emitting diodes are being used more and more as primary light sources, and experts argue they could help reduce the world’s overall electricity and material consumption for lighting.

It turns out that LEDs’ popularity expands beyond just the human species, and that’s not exactly good news. According to a new study in the journal Ecological Applications, flying invertebrates (namely bugs) are much more attracted to LED lights than traditional outdoor lighting. This attraction may have some long-lasting negative consequences on various ecosystems.

According to the study’s authors, the bugs’ LED love lies in the diodes’ color. It’s well known that insects are drawn to yellow or white light, but they’re even more attracted to another light color: blue. Many white LEDs are actually blue LEDs that have a yellow phosphor coating, and the combination of blue and yellow ultimately make white light. However, insects have special photoreceptors that can see the blue light amidst the resulting white light.

To see if this affected insect behavior, the researchers placed sticky paper next to street lamps with LED bulbs and those with traditional sodium vapor lamps. Over time, various moths, flies, and other flying insects became trapped on the paper, and sure enough the LED lamps had a much bigger following. In fact, the sticky papers next to the LED lights had 48 percent more insects than their sodium vapor counterparts.

LEDs could be attracting more insects into urban areas, interfering with natural food webs, leading to more pest infestations and the spread of invasive species like gypsy moths. So perhaps everyone’s favorite eco-friendly diode isn’t so amicable after all.

The researchers aren’t calling for the disuse of LEDs altogether. But they do stress the need for a collaborative effort between ecologists and electrical engineers to figure out how future LEDs can be developed to minimize ecological effects.