The sensors attached to the blade could provide valuable feedback to ice skaters. 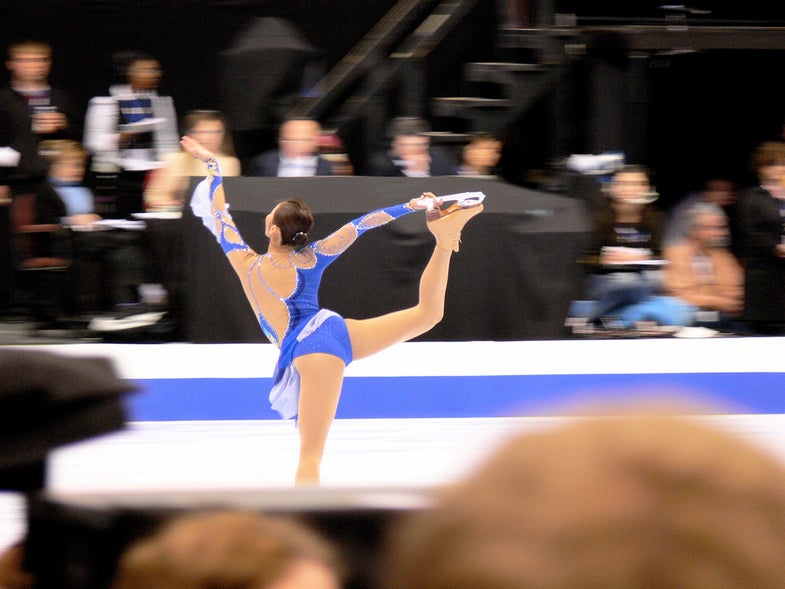 Of sports played on ice, hockey tends to get the most attention when it comes to injuries. But figure skaters are also pretty injury-prone, and because of the aesthetic nature of their sport, most figure skaters eschew pads and protective gear while on the ice. This means avoiding injuries can be difficult for practitioners of the sport, in which skaters can exert forces of more than six times their body weight during a jump.

Figure skaters have been pushing for updated equipment (especially boots, the part of the skate that encases the feet) for some time, as injuries over the past few decades have soared. In a Wall Street Journal article from 2006, orthopedist Leisure Yu noted that skate makers were still using designs from the 1800s. Unfortunately, it doesn’t seem like much has changed, and there isn’t a ton of data out there about figure skating injuries — until now. In a new study in the journal Measurement Science and Technology, researchers describe a new way to measure the stresses of figure skating. They have figured out how to build an ice skating blade (pictured below) that directly measures the impact a skating routine can have on an athlete’s body.

“Questions have been raised about boot design and how it affects a skater’s impact forces, potentially causing injuries. However, very little is known about the actual impact forces on ice during jumping and other figure skating skills, “co-author Deborah King said in a statement. “This is because on-ice measurements of the forces associated with figure skating are fairly difficult to record due to the complexity of the sport and not wanting to interfere with the skater during their jumps. As such, we decided to develop a method that measures forces directly from the blade.”

The sensors themselves are attached to the part of the skate that connects the blade holder to the boot. When force is applied to the blade (like when a skater lands a jump) the system records and calculates the overall force. The entire sensor system weighs less than a third of a pound and is designed not to touch the ice or interfere with a skater’s movement. The researchers plan to further refine the instruments so that in the future, the device could be used by skaters to analyze their movement during their routines and hopefully prevent further injuries.