But the director didn't change his mind because of a tweet 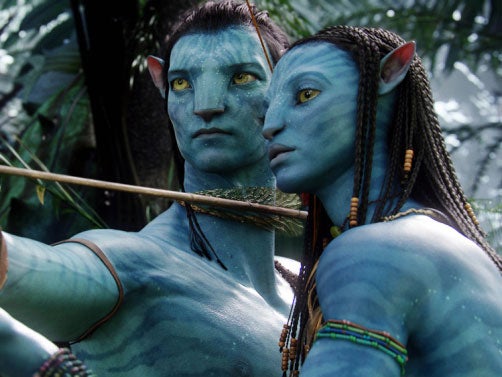 Earlier this year, director/explorer James Cameron explained that his sequel to the 3D film Avatar, a 2009 blockbuster that grossed nearly $3 billion, would be delayed and not ready for its original target release date of the 2017 winter holidays. But just when all hope seemed lost, this week at CinemaCon, Cameron (he who is memorably also responsible for creating the Connor Family, and “Get away from her, you bitch!“) announced that the project is very much still alive. In fact, now the first sequel will arrive at theaters in 2018, followed by three others (in 2020, 2022, and 2023).

Cameron told the CinemaCon audience that while he first thought of making just two follow-ups, there was just too much material that needed to be shared with admirers of the mystical planet of Pandora and the Na’Vi tribe: “So far, what I am seeing in pure imagination is far beyond the first film … The next time I see you will be on Pandora.”

Despite what you may read on Tumblr, Reddit, and various other pockets of the Internet, though, Cameron’s decision wasn’t swayed by a hilariously incisive tweet. Back in December, Dana Schwartz, a staff writer at Mental Floss, critiqued Avatar and its notoriously churlish director, in a widely-shared tweet:

Schwartz has a point — despite its standing as the highest grossing film of all time, does anyone remember anything about the fictional world of Pandora? Even though I saw the movie twice (and once at home), I had forgotten all of the film’s plot points, and completely blanked on who was even in the film (it starred Sam Worthington, Zoe Saldana, and Sigourney Weaver). Compared to Cameron’s other works, Avatar failed to register in our collective pop culture conscious, and is destined to live only on bar trivia contests.

Which made a follow-up Schwartz tweet Friday morning all the more interesting:

The Internet immediately exploded. Schwartz told Popular Science that even her mother called and texted her to ask if she realized the impact of that late December tweet. But it turns out — it was fake. “My friend Chris Scott wrote the text,” says Schwartz. “He tweeted that text to me, I thought it funny, and I retweeted it. I immediately knew it was joke.”

But, other than a few folks, no one else did. “It’s the type of story everyone want to be real,” says Schwartz. “Everyone wants to make fun of James Cameron. There is nothing more I want in life that to piss off white billionaires, so I find it hilarious that a billionaire like Cameron is plotting with his team of how to rectify the situation from a tweet that I did.”

So while Cameron will be making four more Avatar films, and Schwartz’s tweet will again likely go viral, just know that Cameron isn’t as thin-skinned (that we know of) to be influenced by a lone tweet.

“Because it is James Cameron, it is just believable enough to be true,” says Schwartz. “Avatar made a ton of money, but came and went. I hope people spread this tweet around and believe it, but it came from nowhere but a Word processor and a screenshot.”