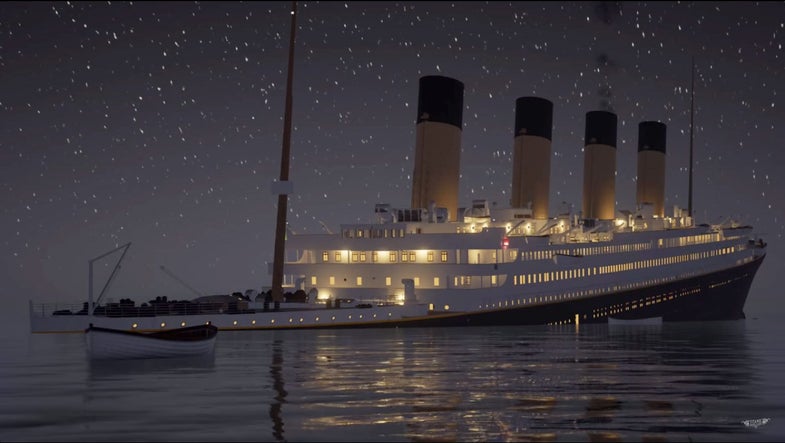 Just before midnight on April 14th, 1912, the RMS Titanic struck an iceberg. The gigantic ocean liner, heralded as unsinkable, took on water and in just two hours and forty minutes, proved that statement tragically false. Here’s an animation of that iceberg hit:

And here, 160 minutes later, is the ship finally breaking as it slips below the sea:

The animation was made by Four Funnels Entertainment, and it’s designed for their upcoming game, Titanic: Honor and Glory. The game appears to be a fictional murder mystery set on the doomed ship, but you don’t need any knowledge of the plot or characters to enjoy the real-time animation of the ship sinking. As an added bonus, because it only takes as long as the disaster itself, it’s still a good 50 minutes shorter than James Cameron’s Titanic.

Watch it sink below, in all its tragic glory: