The traffic-plagued city has 4,500 lights across 469 square miles. 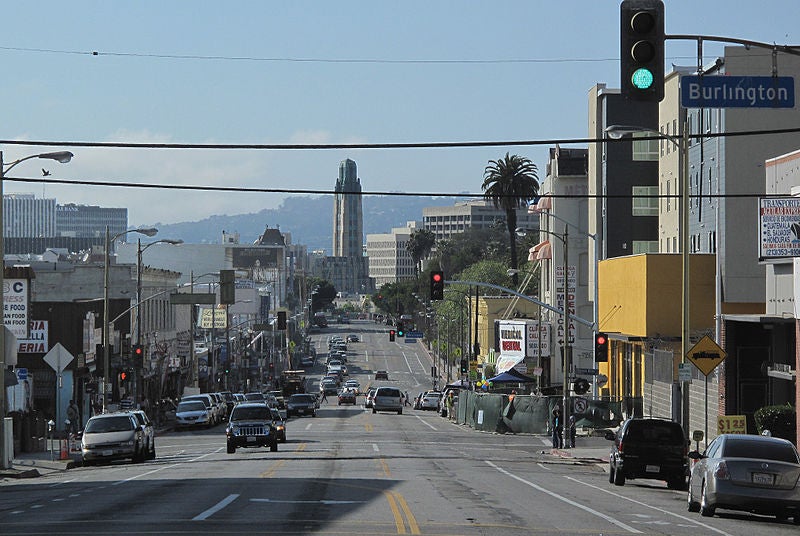 It’s amazing how frustrating it can be to drive in L.A. Superhighways are jam-packed, cars crawl along in the worst rush hour of your life even though it’s only 2 p.m., and yet no one rides the scary subway. Last summer, it took me two solid hours to travel 28 miles–and that was on the highway, following a route Google said should take maybe 35 minutes.

L.A. officials are trying to do better, however, and they recently finished a decades-long project to synchronize all of its traffic lights.

It took city planners 30 years to build up the system, at a cost of more than $400 million, but L.A.’s Automated Traffic Surveillance and Control system is unique in its size and scope. The New York Times reviews its highlights:

Magnetic sensors in the road at every intersection send real-time updates about the traffic flow through fiber-optic cables to a bunker beneath downtown Los Angeles, where Edward Yu runs the network. The computer system, which runs software the city itself developed, analyzes the data and automatically makes second-by-second adjustments, adapting to changing conditions and using a trove of past data to predict where traffic could snarl, all without human involvement.

It automatically adjusts to account for issues at individual intersections, and it changes light timing to accommodate buses if they’re running behind. Without the system, it takes 20 minutes on average to drive 5 miles in L.A. With the system, that drops to 17.2 minutes, according to the NYT.

It’s more difficult than you might think to manage all of this. Every car, every lane and every intersection is a data point with ever-changing variables, making it a tough programming problem. L.A. developed its own software, but other cities are working with companies like IBM, which is helping Boston mine its traffic data. IBM is also developing software that can predict what drivers will do based on their driving patterns, and aggregating that information into network-wide predictions that can forecast traffic like you might forecast the weather.

Eventually, networks of connected cars will synchronize with each other as well as the lights. And they will even keep tabs on your habits to predict whether you’ll contribute to gridlock: Honda, for instance, is developing technology that can warn drivers if they’re likely to cause congestion, and Ford is working on in-car apps that can re-route drivers around smoggy, congested spots.

In the end, though, there’s not much anyone can really do about traffic. There are only so many miles of road, and more and more cars are using it. Reducing travel times might only encourage more people to drive–they will think, “Hey, it’s not so bad,” and more of them will drive, and it will be bad again. Easing congestion, in L.A. or elsewhere, really needs dramatic changes to infrastructure or the way we live and work.