Waste Heat Is Free Energy. So Why Aren’t We Using It? 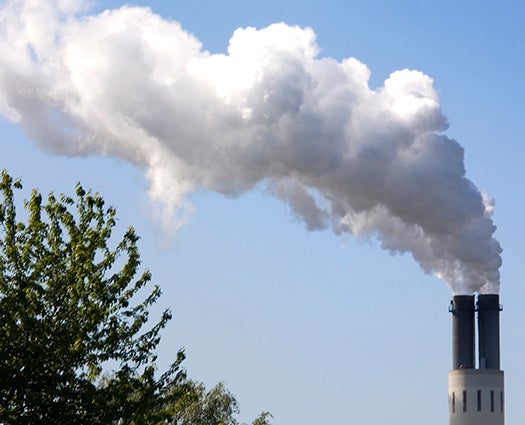 In the next few years, the stale, thick heat produced by the London underground will no longer drift uselessly into the atmosphere. Instead, some of it will warm 1,400 nearby homes, cutting heating bills by about 10 percent. Recycling heat is quite common in Europe. Denmark gets roughly half of its electricity from recycled heat, followed by Finland at 39 percent, and Russia at 31 percent. In the U.S., it’s just 12 percent.

According to a report by Lawrence Livermore National Laboratory and the Department of Energy, the U.S. wastes more than half of the total energy we produce—mostly as heat, but also as gas, biomass, and methane. Using that waste could reduce carbon dioxide emissions by 17 percent. “It’s free energy, essentially,” says Brendan Owens, vice president of LEED at the U.S. Green Building Council.

Recycling heat is actually quite simple. For example, new buildings often have condensing water heaters, which use gas burners to warm up water (just as other heaters do) but also capture the heat in the combusted gas that’s going out the flue. It happens on a larger scale, too. In 1882, when Thomas Edison built the world’s first commercial power plant in Manhattan, he sold its steam to heat nearby buildings. Today, such plants are known as combined heat and power, or cogeneration, plants. Edison’s old plant eventually became the massive Con Edison, whose operations today produce 19.7 billion pounds of steam a year. The ArcelorMittal steel mill in East Chicago, Indiana, is another good example. It uses extra blast furnace heat to make steam that then generates electricity for the mill, saving roughly $20 million a year and preventing 340,000 tons of carbon dioxide emissions—the equivalent of taking 62,000 cars off the road.

The U.S. wastes more than half of the total energy we produce—mostly as heat, but also as gas, biomass, and methane.

So why don’t we have more projects like these? It’s partly logistics: Trapped heat can’t travel far, and the U.S.’s centralized power plants tend to be farther from urban centers than European ones. Even in ideal circumstances, large energy projects usually have big, upfront costs that may not be recouped for years. And U.S. government tax breaks on heat recycling are less than those on other clean technologies. Corporations get a 30 percent tax rebate for solar and wind power, but just 10 percent for combined heat and power.

Energy regulations in the U.S. have unintended consequences that create other barriers to recycling heat. Although some electric generation has been deregulated since the 1970s, energy transmission and distribution are still monopolistic. In many states, it’s illegal for nonutilities to sell excess electricity to their neighbors. Because of the Clean Air Act, factories must limit their emissions—but the law doesn’t give credits for energy efficiency or emissions prevention. It effectively penalizes companies that invest in waste-heat systems. What’s more, the act’s stricter rules only apply to new sources of pollution, grand-fathering in older, dirtier plants and giving incentives for companies to hold on to them. Energy policy is extremely complicated, and there is no single solution. But it’s time for us—regulators, producers, and consumers—to start thinking of ways to sweeten the deal for recycled heat. We don’t have time to waste.