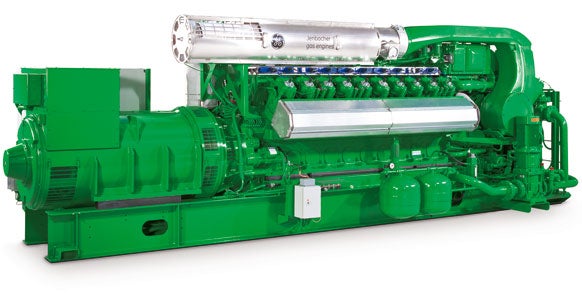 Huishan Dairy in northeast China has installed gas-powered generators that will capture methane from fermenting cow manure, reports Technology Review. Its system is 10 times the size of typical cow manure methane capture programs — fitting for an operation with a quarter of a million cows.

The plant will process the waste from 60,000 of Huishan’s 250,000 cows to produce 5.66 megawatts of power. This is enough electricity to meet the needs of 3,500 American-size households, Tech Review says — which means it will service many more Chinese ones, because they use less energy.

The system involves an anaerobic digester breaking down cattle waste into gases. The gas is exposed to iron oxide in a process called hydrodesulfurization, which removes corrosive hydrogen sulfide. Then the biogas can be burned to produce electricity — in this case, using GE Jenbacher engines, which are already in use in dairy operations in India and a wood gas plant in Austria.

The project’s huge scale could make it more economical, which has stymied methane-capture systems in the U.S. The largest system to date produced two megawatts, and only 1 percent of American dairy operators capture methane.

Energy generated at the dairy operation will go onto China’s state grid. A firm called Blue Sphere Corp., which is building the system, said the plant could also generate 619,770 tons of fertilizer and reduce carbon emissions by 180,000 tons per year.